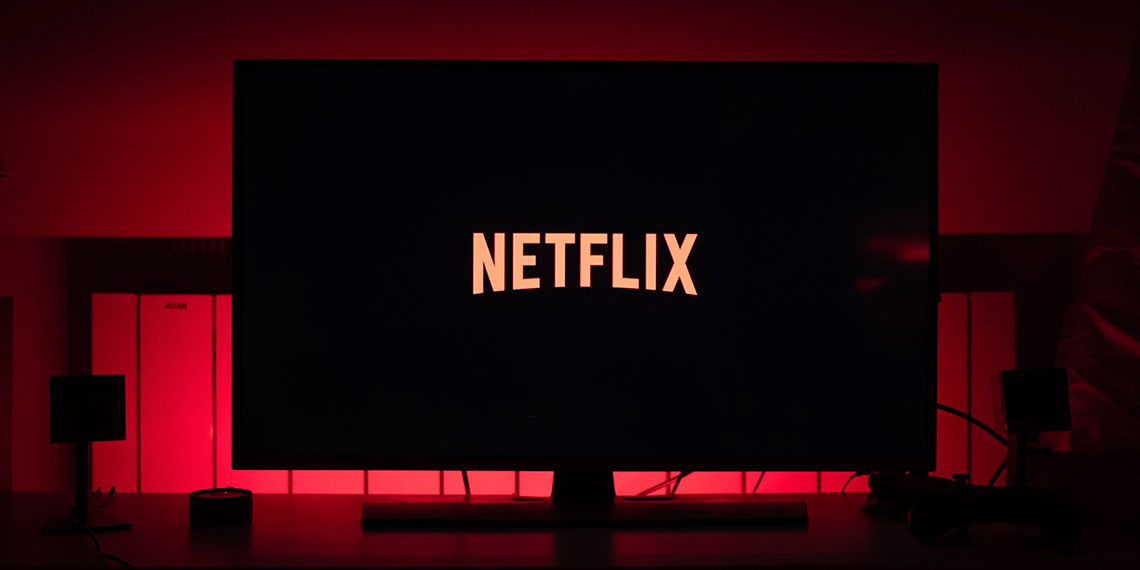 The Best Shows And Movies Coming To Netflix In October

October used to remind everyone that there are other climates aside from violently hot, but we are already two days in and it is 88 motherf*cking degrees outside. Not to worry, though, Global Warming is totally some really elaborate and well-executed prank by China, everyone! Anyway, hopefully October will stop feeling like the inside of an oven sometime soon, because Netflix just added a plethora of amazing new content and I want to be able to binge without feeling guilty about never going outside. When it’s hot out, I feel like I should be tanning at the beach, swimming in a lake or drinking on a rooftop. You know, just enjoying the great outdoors. When it starts getting chilly, as it is supposed to do in October, I am pretty content laying in bed with some SkinnyPop and a solid queue on deck. If this sounds like a great way to spend every night of the week, keep reading for our top new Netflix picks for October.

Because I always arrive exceedingly early to movies, I was able to see the trailer for the new Charlie’s Angels starring Kristen Stewart, Naomi Scott and Ella Balinska, and I have to admit, I’m not impressed. Am I wrong for being loyal to the OG girl gang? Even though the jokes were corny af and the special effects were the definition of amateur hour, Charlie’s Angels was and will always a masterpiece that should have stayed in the early 2000s. If you need reminding, the original and Full Throttle will both be gracing Netflix in October, so do yourself a favor and give it a watch.

I’m getting aggressive nostalgia vibes with Netflix’s new lineup, because Ocean’s 13 is finally here. Matt Damon, George Clooney, and Brad Pitt? I wasn’t old enough to appreciate these smokeshows when the movie came out in 2007 because I was too busy obsessing over Jesse McCartney, but now, as a 26-year-old woman with taste, I am all for this trio in Hollywood’s most epic fictional heist. If you were also too young to understand the plot when it premiered during the simpler time that was 2007, watch it now because it’s the kind of amazing that only these three foxes could serve. It’s also the third and final movie in the Ocean’s trilogy, so even though it marks the end of an era, there’s always the female reboot of Ocean’s 8, which came out last year. Obv not as good because it’s not the same without Clooney, but I’m all for a cast of badass bosses making Anne Hathaway look like a f*cking idiot.

On a very long train ride, I stumbled upon the show’s Instagram account and, I have to say, Cillian Murphy looked damn good. So I spent the remainder of the train ride  watching the entire first season, and I’m not mad about it. The British show follows the exploits of the crime-ridden Shelby family in a post-World War I England. The family is actually based on a real gang who called themselves, you guessed it, Peaky Blinders, which has got to be the cutest gang name I’ve ever heard. The show is really good and feels like a cross between Downton Abbey and The Sopranos. If that didn’t pique your interest, I don’t know what to say to you.

I am very behind on this show, so I wish I could be as pumped about the fifth season as some of my coworkers are. Even with my limited exposure (I’m on season 2), I can tell it’s amazing. It’s the kind of show you can quote endlessly. I put this on when I need to chase a scary movie with some witty banter, or when I’m painting my nails and want some background noise. Also, if you’ve ever seen Best In Show, the couple who owned the terrier is in Schitt’s Creek! They’re also essentially playing the same characters minus the dog, so, there’s that. Highly recommend this show if you need a laugh or are in the mood for something made in 2019 that isn’t a sh*tty remake.

The only word to describe Penelope Cruz in Blow is “goals.” Like Peaky Blinders, Blow is based on a real gang and a real event, but that’s about the only thing these two productions have in common. Blow, as the name indicates, zeroes in on American cocaine smuggler George Jung, and his time spent doing business with the Medellin cartel. As you can imagine, things didn’t go well for our boy George (played by Johnny Depp). Penelope’s character ends up marrying George, but the two do not live happily ever after. For those mad about spoilers, you’ve had 18 years to watch it, so sorry, I’m not sorry. This movie reminds me of a more romantic Sicario, so do with that observation as you will.

Not to be that person, but the book is significantly better than the movie. The Time Traveler’s Wife is f*cking sad, so if you’re in the mood to drown in a pool of your own tears, put this sobfest on. I feel like the title says it all, but if you’re unfamiliar with the plot, here it is in one sentence. Regina George meets her future husband when she is a child and he is a full-grown adult, but their marriage problems are a little worse than most because he travels through time unexpectedly. Even though it sounds painfully cheesy, it’s actually great and Rachel McAdams’ performance is reminiscent of a slightly older Allie Hamilton, but with her sh*t together.

Truth be told, I do not watch this show because I have the fear management of an infant, but if you’re into scary sh*t, you’ll like this show. Netflix says, “This reality series, which comes from the producers of The Purge and Lore, provides viewers with a chilling glimpse into first-person accounts of supernatural events.” Yep, I will not be watching this since I couldn’t even make it through the preview of The Purge.

I saw this movie by myself in a theater because the girl I was supposed to see it with got into her first fight with her boyfriend as we were standing in line to purchase our tickets. Unfortunate circumstances aside, I still loved this movie because Catherine Zeta-Jones and Aaron Eckhart have some seriously steamy chemistry. The movie is a classic rom-com with a tiny sprinkle of untimely death, so you will laugh and you will cry. Head chef at a swanky New York restaurant, Catherine Zeta-Jones is your typical no bullsh*t perfectionist whose world gets turned upside down when her sister dies and her niece becomes Catherine’s responsibility. Great movie that I highly recommend for a night in with Pinot.

‘Shine On with Reese’ Season 1

Horrible name, but our favorite mini human Reese Witherspoon gave into the public’s demand and started her own talk show! She only interviews women, which I am definitely down for, and she does a fantastic job. Her guests are also super varied, so get ready to hear from people like country music icon Dolly Parton and Spanx founder Sara Blakely and everyone in between. Why didn’t she start doing this decades ago? I would have definitely watched an early 2000s Reese interview America’s fiercest female leaders.

The only allure of this show is the fact that Paul Rudd is in it. It hasn’t come out yet, but the trailer looks a little suspicious to me. According to Wikipedia, LWY “follows the story of a man who, after undergoing a mysterious treatment that promises him the allure of a better life, later discovers that he has been replaced by a doppelgänger.” I mean, minus the doppelgänger part, this sounds exactly like the plot of Deadpool. Tell me I’m wrong.

A few goodies saying goodbye in October include,  Julie & Julia, Charlie and the Chocolate Factory, The Sisterhood of the Traveling Pants, Pineapple Express and The Carrie Diaries: Seasons 1-2, which honestly doesn’t sound like a huge loss to me. we’ll be busy enough with the new shows and movies to cry over Pineapple Express leaving.