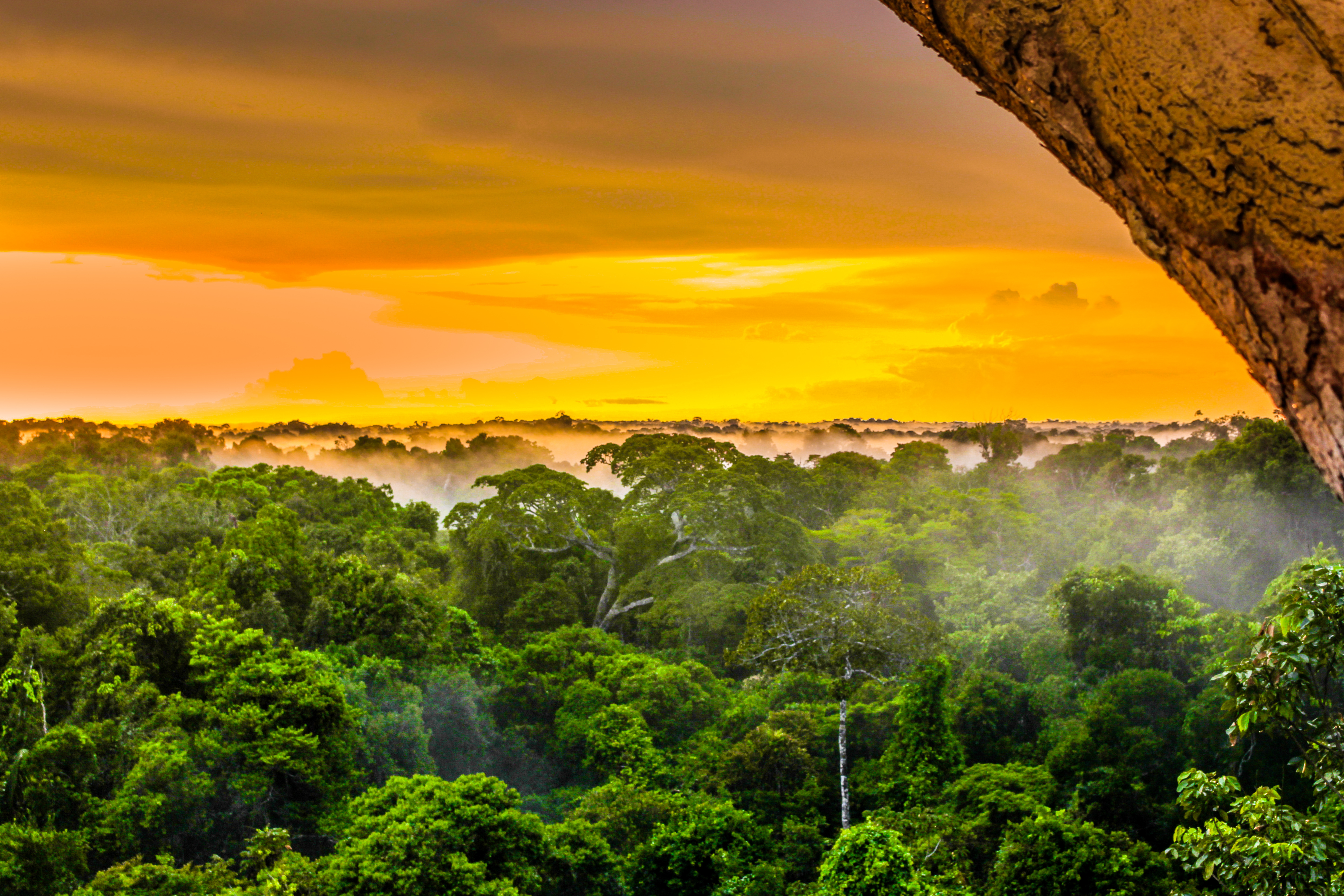 The Amazon Rainforest Is On Fire. Here’s How You Can Help.

You know all those times you’ve said that you’re literally dying? Well, that could be a reality for our entire world as we know it! This is because the Amazon Rainforest, where the entire world gets 20% of our oxygen every year, is actively on fire. You’d think this would be a ‘nations coming together to solve this travesty that is affecting every single living person?’ You’d think, but I also thought that One Direction would be coming back together. So far I’m 0/2.

Yeah two-day shipping is convenient but this is the Amazon we *actually* can't live without https://t.co/vIs0jWY58T

While fires aren’t a new issue affecting the Amazon Rainforest, it is happening now at a rate significantly faster than usual. Just this year around 74,000 fires have been recorded — an 80 percent increase from the same period in 2018. And before you just try and quote Frank Sinatra and say “that’s life,” (okay, I don’t really think you’d quote Frank Sinatra) — you should know that these fires just aren’t happening from nature; humans are causing them. Farmers and loggers use fires to clear the land but the hot and dry conditions there have made them spread like, well wildfire. Over 10,000 have started in the past week.

The icing on top? The President of Brazil, Jair Bolsonaro, is doing nothing to stop them. Sometimes referred to as the “Trump of the Tropics,” Bolsonaro has claimed that non-profits started the fire as retribution for his loosening of environmental protections.

When asked about the fires, Bolsonaro said: “Now I am Nero, setting the Amazon aflame. But it is the season of the queimada,” which is the time of year when farmers use fire to clear land. Cool nickname, but not the time? Well, while the president is giving himself new names to play Dungeons and Dragons or something, the fires have created a layer of smoke that is almost 1.2 million square miles, on top of the irreversible damage the fires have done to the ecosystem itself (and uh, our oxygen supply).

Angry? Scared? Want to vomit? Same, same, same. But, let’s take all of those feelings and bodily functions and try to actually fix this sh*t.

Charities You Can Donate Money To:

Here’s a list of six charities that work directly to help the rainforest by preserving wildlife, replanting trees to reverse deforestation, advocating for environmental protection, and working directly with indigenous communities to protect the region they know best.

The Amazon Conservation Association works to protect wildlife and has planted more that 275,000 trees to restore habitats and reverse the effects of deforestation. The association is also working to protect the over 4 million acres of rainforest impacted by wildfires.

The Amazon Conservation Team works with partners in the region, including indigenous communities that call the area home, to identify which lands are most important to them and the resources needed to protect them. As much as the entire planet’s future depends on the rainforest, its health directly impacts local communities today.

Amazon Watch also works directly with indigenous communities to protect the rainforest while raising awareness for how government action, and inaction, is exacerbating the forest’s decline. Since 1996, they’ve partnered “with indigenous and environmental organizations in campaigns for human rights, corporate accountability, and the preservation of the Amazon’s ecological systems,” according to their website.

This foundation also partners with indigenous communities to help them protect the rainforest “even as they face pressure and violence from illegal coca growing, drug trafficking and logging,” their website says. Experts say the fire was most likely started by loggers, who are emboldened by Bolsonaro’s lack of regard for the rainforest to burn more aggressive fires closer to vital habitats.

The Rainforest Trust claims to have saved 23,091,559 acres of forest from degradation since 1988. That’s a record we can get behind. Kind of like a very specific GoFundMe, they share a number of projects donors can choose to fund, from protecting a certain species to replanting trees in a particularly vulnerable area.

RAN works to preserve forests and protect the climate by “challenging corporate power and systemic injustice through frontline partnerships and strategic campaigns.”

While the rainforest isn’t right now a place that you can fly out to and help, research these charities to see which one speaks out to you the most and email them to see how to better get involved! I’d say call them but we both know we never want to make phone calls.

It seems like people just started finding out about this tragedy two days ago — despite it lasting for over a week at its worst — and on top of that, is an issue that has affected the area for years. Stay scared, stay energized, and keep spreading the word about this.

Try cutting meat out of your diet

I know this sounds stupid and I know, “burgers are delicious,” but so is oxygen. And one of those you don’t just get to have on a cheat day. PETA broke down just how the meat industry is related to these wildfires.

Do we all need to rewatch Captain Planet right now? The Earth isn’t an Air B&B you rent for a Bachelorette weekend that you just cough up the cleaning fee for after trashing with Spiked Seltzer and penis-shaped straws. GIVE A DAMN ABOUT IT. And if you’re using penis-shaped straws, let them at least be reusable and save them for the second marriage. Sorry, stats are stats!