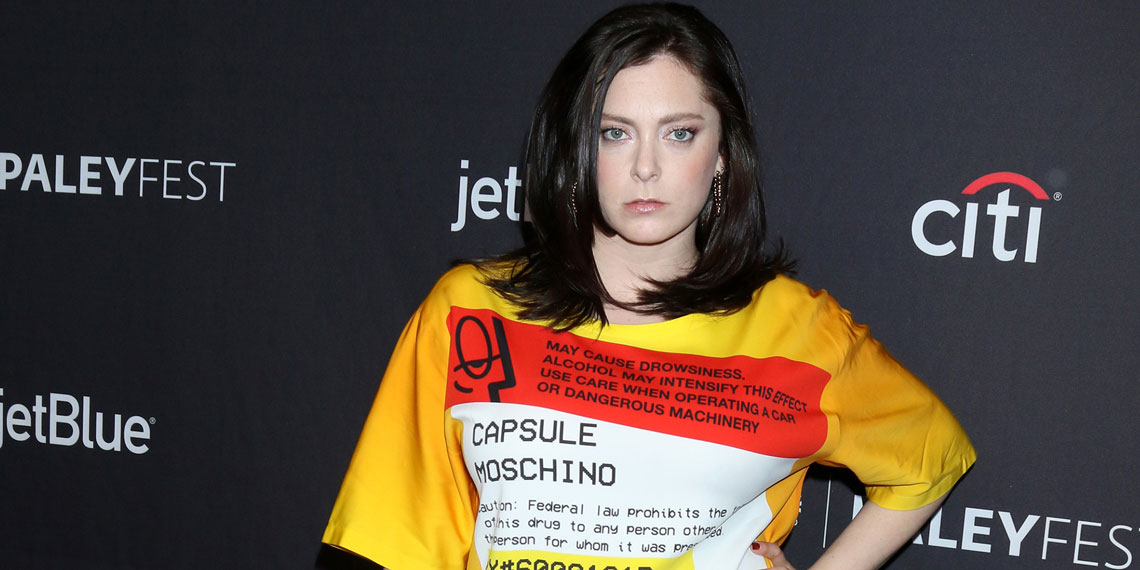 In this world of Photoshop, Facetune, scary stilt legs, and eyes that take up half of the face, Instagram is a scary place to be. We thought it was bad when women were all expected to be a size zero, but now, you’re not even allowed to have essential organs to be beautiful. Celebrities and influencers get to take the guilt for the ridiculous social media standard we’ve come to—they determine what we look up to and should look like. They suck at their huge responsibility. However, there are a few celebs that I follow that consistently show they are real people, not cyborgs. In fact, I actually had trouble limiting this list down, which was a nice surprise.

This is not to say the celebs on this list don’t edit their photos—I’m sure they do. But they at least do it in a more normal way—and not by removing huge chunks of their body or airbrushing their nose into oblivion. If following these accounts doesn’t make you feel better, I highly recommend doing what I do: mostly follow puppies and art. It’s way better.

Look, I MAY have just ordered BRIGHT blue colored contacts IN CASE someone invites me to a GAME OF THRONES dress up party, so I can BE PREPARED to go as the DEAD DRAGON. #gameofthrones @gameofthrones

Is there anyone more adorable and pure than Kristen Bell? She’s had a stellar reputation for all her years in Hollywood, and that is saying a lot. Her Instagram is very much that of a real person and working mom. She often posts herself without glam or makeup, photos of her kids and pets, and inspiring quotes or causes she’s involved in. She even puts up parenting mishaps to show it happens to everyone. She always has all her body parts and her eyes are a normal size in every single photo, too.

If you don’t know who Rachel Bloom is, she’s the creator of Crazy Ex-Girlfriend (RIP), and a genius renaissance women. She can write, sing, act, she’s funny AF, AND she’s a huge advocate for mental health. She also is super real, both on social media and her show. I mean, the show had songs about the nightmare it is for women to get ready (f*ck Spanx) and the inconvenience of having boobs. There was even one about UTIs. She posts about all aspects of her life, like this super real plane selfie. Seriously, why are celebs always leaving planes in full makeup and stilettos? I also once accosted Rachel at Sugarfish in the height of my Crazy Ex-Girlfriend obsession and she was super nice about it. Still so sorry about that, Rachel!

In honour of the final season of Thrones premiering tonight …. Here’s a picture of me asleep on set.

Sophie is basically the queen of young Hollywood right now, with her hit TV show ending, marrying a Jonas brother, and just being super chic and fabulous. I really like her, though, because she also posts sh*t like this, where she’s sleeping on the Game of Thrones set. She also frequently posts stories and photos without makeup, and funny things going on in her life. She does have a lot of photos in full glam, but that’s what happens when you’re young, rich, famous, and going out all the time. Even still, if she ever edits her photos, it’s never scary levels. Also, not sure why she’d need to.

Zoë Kravitz is another fabulous young Hollywood queen and OMG, she is crazy beautiful. Her Instagram is full of both glammed-up cover photos, and casual, relaxed no-makeup pics in her real life. She never seems to edit her photos. She also posts funny memes, has very normal friends and family pics, and discusses important issues. She’s also obsessed with Reese Witherspoon (but like, who isn’t?). What’s it like to be so perfect, Zoë?

Pic 1: dunno just feelin cute today. Pic 2: me yelling at Vince that I just feel cute today when he teased me for taking a selfie. #hardstarking

Georgia Hardstark is 1/2 of the hit podcast My Favorite Murder. It’s a true crime podcast, and it’s hilarious, even though it sounds like it shouldn’t be. Both Georgia and her cohost Karen Kilgariff are super real people. They speak openly about mental health, and they don’t bullsh*t. Georgia’s Instagram features mostly pets and murder, two of my favorite things. She also is really cute and never edits her photos. She’s the perfect person to follow to remind you that real people still exist and we don’t all need (or want) to look like Kardashians. Also, I’m currently reading her and Karen’s new book, Stay Sexy And Don’t Get Murdered, and it’s fabulous.

You don’t know how to use social media if you’re not already following Chrissy Teigen. I didn’t even know who she was prior to her absolutely genius Twitter game. I also really enjoy her Instagram, where she posts a ton of no-makeup selfies, her real body (which is super fit and definitely #goals but still has all organs/ribs), and her cute family (including bulldog!). Also, I hate kids so this doesn’t apply much to me, but she posts a ton of relatable parenting stuff about how much they can suck.

Waiting for someone to bring me out a daiquiri, please & thank you ?

Mindy Kaling is a household name in terms of body positivity, women coming up, and being real af. I adore her. She’s another super positive role model on social media (and just in life) with her (mostly) unedited content and curvy figure. I say mostly, because she obvs uses filters and small edits, but no crazy body shaping or other extremes. She’s also a fashion icon. Follow her and try to live with “the entitlement of a tall, blond, white man” just as she does.

The ultimate thriller! My August book club pick is #TheLastHouseGuest by @meganlmiranda. Picture this: It’s the last night of summer in Littleport, Maine and Avery Greer discovers her best friend is missing. Was she murdered? Was it a suicide? This story will have you guessing until the very end. I can’t wait for y’all to read it so we can discuss all the twists and turns at @reesesbookclub! ?✨

As previously mentioned, we all are obsessed with Reese. I’ve been obsessed since Legally Blonde, and often aspire to “What, like it’s hard?” energy. She basically hasn’t aged since, but I really appreciate that she posts real photos of her face without airbrushing, her normal proportions, no crazy body mods, and always a chic outfit. She also shades her kids on IG which is very funny. And she started Reese’s Book Club that supports female authors, which you should also follow. Reese is a true gem. She also posts dog pics, which to me is v v important.

I could not place who I reminded myself of. @pitbull !! Damn. I’m sexy. #pitbull #selma

Last but certainly not least, I legit went back and updated this list upon realizing I inadvertently left out a social media icon. Since revealing her MS diagnosis in October 2018, Selma has taken to Instagram to talk about the scary, less-than-glamorous aspects of the disease and regularly discusses her hair loss, insomnia, pain, and other side effects. But also? She manages to have a sense of humor. Like this pic where she compared herself to Pit Bull. And another one where she makes fun of her own contouring skills. In a society where we all act like we have everything together and things are perfect at all times, especially on social media, it’s so refreshing to see Selma being honest about something so difficult.

What other body positive/Instagram positive celebrities do you follow? Let me know in the comments!