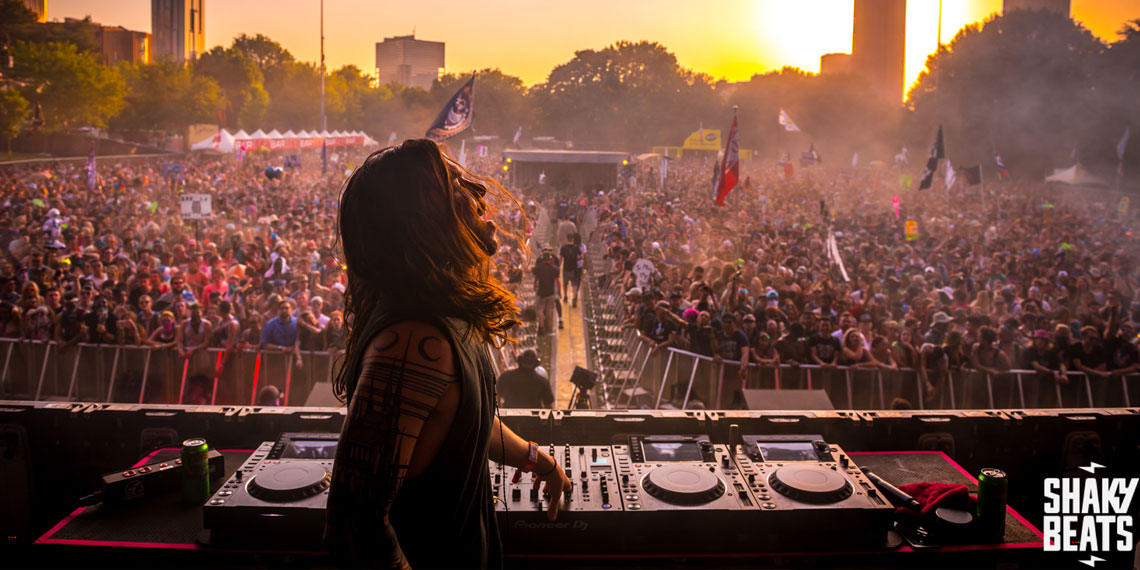 The 8 Best Music Festivals You Haven’t Heard Of

Having withdrawal from Coachella? Want to go to a festival you can actually afford? Same on both accounts. Live music is an expensive habit, and a lot of festivals don’t come cheap. The solution? Instead of going to a big-name festival where tickets will cost you a month’s rent in a Southern U.S. city, set your sights on a lesser-known one. These underground festivals will often pull some big names, and plenty of newcomers just waiting to be discovered. That’s the best part of a festival anyway, right? Discovering new artists because you just happen to walk by their set? That’s how I discovered Flosstradamus, one fateful Bonnaroo night. Anyway, this isn’t about me; it’s about you. Sort of. Check out these underground festivals this summer. For the purposes of this article, I am mostly classifying an underground festival as a newer one, since you probably haven’t heard of something if it’s new. Not so much that they are highlighting underground music, because I don’t know anything about underground music, unless we’re talking about alt. R&B artists I found on Spotify and Soundcloud. Let’s begin!

Set in Central Park, Atlanta, Georgia (yes, that is a real park, and no, they do not mean Centennial Park), this two-day dance music festival boasts headliners Rüfüs Du Sol and Martin Garrix. Other performers include Big Gigantic and San Holo, plus tons of other names you’ll want to see. While not super duper underground, Shaky Beats is still relatively unknown since it’s only in its third year. That means you can actually see the performers you want. Having been, this is a fun, small, manageable festival where you can’t really lose your friends since the grounds are not that big and you will have service (hallelujah!). Plus, since it’s not on an island, you’re not going to get stranded with no shuttle service (unlike a certain other EDM fest). And if you want to keep partying once the festival is over, there are a few late-night show options. With tickets at $139 for two days, it’s very affordable, considering that is less money per day than I paid for one Khalid show at MSG.

Today is Earth Day. Earth is one of our five Elements. It’s more than a stage, it’s a testament to our deep love for this planet. At #ElementsFestival, we try our very best to support Mother Earth and everything she provides for us. This year, we are bringing back artists who create in symbiosis with nature, and will be (safely and consciously) building one of our stages around a tree. From picking up trash, to providing plastic-free options onsite, we think #EarthDay is every day. What can you do today to help the planet? ? @olga.klimova.art

If you’ve got eclectic taste in electronic music, you’ll want to check out Elements Music & Arts Festival. Now in its third year, this camping festival in Lakewood, PA has headliners including Disclosure, Big Gigantic, and Sofi Tukker, but the rest of the names are not the types of artists you’re hearing on the radio. Or at least, I’m not. And I thought I was hip! There will be art installations and programming from sex-positive NY-based venue House of Yes. It takes place over Memorial Day weekend, meaning you don’t even have to take a day off work to enjoy this festival. Tickets start at $249 for a three-day pass, which is still way less than renting a house in the Hamptons.

So apparently Capitol Hill Block Party has been around since 1997, but this is the first I’m hearing about it. Then again, I don’t live in Seattle, so what do you expect? Did I totally miss the mark with this pick? Tell me in the comments! Anyway. Taking place from Friday, July 19 through Sunday, July 21, Capitol Hill Block Party has artists from a variety of genres. Headliners are RL Grime, Lizzo, and Phantograms. Other performers include Snakehips, Aminé, Denzel Curry, and others. Sure, the lineup is lighter on indie rock bands and singer-songwriters than Sasquatch!, but since it’s not returning in 2019, what else do you have to do? Tickets start at $160 for a 3-day ticket, which in the festival world, is basically free.

Let’s ride ? . Kick up those heels this Summer with @nathanielrateliff & The Night Sweats, @bandofhorses, @dwightyoakam, @CodyJinks, @Jennydianelewis, @ElleKing, @JamestownRevival + a hell of a lot more! . Walk the ranch to explore local beers, eats and arts set under the big sky with the sounds of some of the finest Americana, Country, Indie Rock & beyond. . Tickets on sale Tuesday, February 19th at 12 PM MT (Ya’ll don’t forget to set an alarm ⏰) . All Ages // July 13+14 // Local Craft Beer // Arts // Rodeo // Trail Rides // Petting Zoo // #underthebigskyfest

Judging by the bare bones website, lack of pre-2019 Facebook profile picture, and two single Instagram posts to date, I’m guessing this is the inaugural Under The Sky Music & Arts Festival. The Americana, folk, and alt-country fest is taking place at Big Mtn Ranch in Whitefish Montana, which is precisely the setting I would picture for this genre of music festival. Even though this festival is flying under the radar, they’ve booked big name acts like Jenny Lewis, ZZ Ward, Band of Horses, and Nathan Rateliff & The Night Sweats. (Incidentally, The Night Sweats is also what I call my backing band.) Two-day tickets start at $119.

The Greatest Day Ever! Music Festival And Carnival

I attended Greatest Day Ever a few years ago, back when it was on Governors Island in one small tent with MetroBoomin and DJ 4B. It’s come a long way in the six short years since its inception and now boasts performers like Pusha-T, Carnage, and Zeds Dead. While they’ve tried out a few locations, this year the festival and carnival is happening at Ford Amphitheater on Coney Island. There will be carnival rides, meaning you can get that ferris wheel pic, and actually go on the ferris wheel, unlike some other festivals. This one-day-only event (hence the name) will be on July 13, with tickets starting at $65. Again, given I paid way more than that to see one artist, that’s not a bad price.

In 2018, Chicago’s Lyrical Lemonade and Spkrbx Presents joined forces to put on a one-day festival in Douglas Park. Back for its second year, the festival has expanded to two days, bringing performers such as Playboi Carti, Lil Yachty, A Boogie Wit Da Hoodie, and Cam’ron. And that’s just for day one. Day two artists include Juice Wrld, Tyga, and a whole lot more. Damn, that’s a lot of people. And it’s outside, unlike other festivals you might go to that typically pull this kind of lineup but take place inside an arena (*cough* every radio stations’ “summer festival” that’s not even really a festival because it takes place inside, which is way less fun). Tickets start at $150 for a two-day pass.

The next set of names to take this stage, will soon be posted on this page. They’ll make it here before Santa and if we’re lucky, before it’s time to eat turkey. So, time watching this page will be well spent. Cause in the near future, we’ll start dropping hints. ? @sandjamfest is powered by @pepsi. #rock #alternative #electro #musicfestival #festlife #goodtimes #indiepop #pop #music #beach #saltlife #florida #pepsi #visitpanamacitybeach #letsgo

After its inaugural year in 2018, the self-proclaimed “adult-alternative rock music festival” returns to Panama City Beach, Florida. With a lineup including Kings of Leon, Young the Giant, The Revivalists, and more, it’s sure to be a vastly different experience than the time you went to PCB on college spring break. (Or perhaps that was just me.) The festival takes place literally on the beach, and you can’t beat that setting. Tickets start at $149 for a 3-day pass.

One wasn’t enough so here’s another shot at heaven. Passes for May 3 are on sale Friday @ 10 am ✨?

From what I can tell (i.e. lack of info to the contrary and sparse social media presence), 2019 will be the festival’s first year, so if you’ve heard of it I am extremely impressed. Happening in Queen Mary Park in Long Beach, CA, this two-day festival will have performances by MGMT, The Yeah Yeah Yeahs, Phoenix, Passion Pit, and many more. The festival is sold out, according to the site, but you can join the waitlist for tickets (or check out the event’s Facebook page, where you might have some luck and get one secondhand from someone trying to offload their pass).