The 7 Most Important Answers We Need From The ‘KUWTK’ Reunion

Last week, the impressive 20-season run of Keeping Up With The Kardashians finally came to an end. The show may not have the cultural cachet that it did a decade ago, but there’s no denying that the Kardashians are some of the most famous people on the planet. So even if we’re mostly sick of them, it’s only fair that they’re getting one last chance to sit down and say farewell to the show that made them billionaires.

When it was announced that Andy Cohen would host KUWTK’s first-ever reunion, I think most of us assumed it would be a snooze-fest, because really, why would this family have any desire to actually get messy? It’s not like they’re debt-ridden Housewives desperate to secure contracts for next season. But based on the teaser released last week, it looks like the KUWTK reunion might actually be… kind of good? I’m keeping my expectations mediocre, but here are some of the top things I’d personally like to hear about.

What does Jordyn Woods have to say about all of this?

From the teaser, it looks like the only people at the reunion are the five sisters, Kris Jenner, and Scott Disick. That’s a good group to start with, but if we’re going to approach true Housewives levels of messiness, I want some surprise guest appearances. Why not bring Jordyn Woods onstage to squash her Khloé/Kylie beef once and for all? While we’re at it, where’s Tristan? Heck, Lamar Odom can come too! The more characters we introduce to the scene, the more potential for drama.

What’s the long-term plan for Poosh?

It’s been over two years since the initial launch of Poosh, and I gotta say, I’m not seeing the bigger vision. As a proud attendee of the inaugural Poosh Your Wellness Festival (don’t worry, it was virtual, and I got a comped ticket), the whole thing just feels like a vanity project for Kourtney, and it’s hard not to view it as a Goop knockoff. So like, where does Kourt see it going? I’d love it if Andy would devote a short segment on the reunion to Kourtney sharing her five-year business plan.

When was the last time Kim saw Kris Humphries?

I’m almost positive one of the questions in the teaser is about Kris Humphries, and Kim’s 72-day marriage is a chapter that I’m especially excited to see revisited. Obviously, there’s a lot to cringe at with that whole situation, but I’m really curious if Kim and Kris ever talk or like, run into each other. After enough time has passed, a 72-day marriage honestly seems like something two people should be able to laugh about together, and I want that for Kim.

Have the Malika twins lined up new jobs or are they just retiring now?

Yes, yes, I know they’re not actually the Malika twins. But I’d like to hear more about what Malika and Khadijah Haqq (see, I really do know their names) plan to do now that they can’t just sit around Khloé’s kitchen in full glam all day. Well, I guess they can do that, but presumably that only happens when the cameras are around. Maybe they’ll be granted a show of their own under the Kardashian family’s new Hulu deal? Eh, that might not be a good idea, because we all remember what a flop Dash Dolls was. Either way, I feel like it’d be a nice gesture to at least invite Malika to the reunion.

Does Kourtney trust Amelia to watch her kids?

In the preview, we see Andy asking Scott if Travis has his blessing, but I think the fairer question is whether Scott has Kourtney’s blessing to keep bringing these not-legally-able-to-drink women around her children. Sofia Richie lasted a long time, but she never fully seemed like part of the family. Scott and Amelia Gray Hamlin have been together for the better part of a year now, and I’d like to know a bit more about Kourt’s thoughts on that relationship.

Is Kim going to keep taking the baby bar?

In the final season, we saw Kim take (and fail) the baby bar exam twice. Because of her unconventional law school path, she can’t move forward in her studies until she passes, but like… is she really going to keep trying? If she wants to, she totally should, but personally I’ve never cared about any test that much. Maybe she’s less motivated now that Kanye isn’t getting her meetings with President Trump on the regular—I wouldn’t blame her.

Out of all the supporting players who aren’t at the reunion, Caitlyn Jenner feels like the most egregious omission. I know there’s been a lot of… uh… drama surrounding Caitlyn recently, and she might not be on great terms with the Kar-Jenners, but she was a main cast member on this show for years! Think of all those times when it was Caitlyn’s job to discipline pre-teen Kendall and Kylie. Think of when Caitlyn basically told Khloé she was too fat to do a nude photo shoot! Her current political campaign is a major yikes, but it’s a damn shame that she wasn’t invited to the reunion. 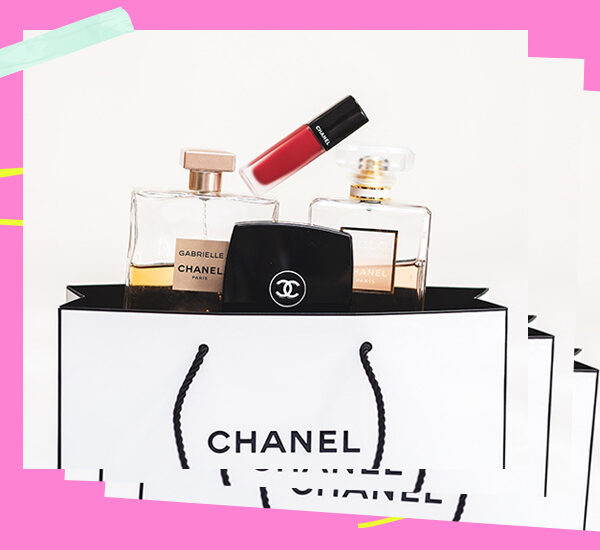 Chanel’s Underwhelming Advent Calendar Is Getting Dragged On TikTok

What Holiday Gift To Get Based On Their Zodiac Sign