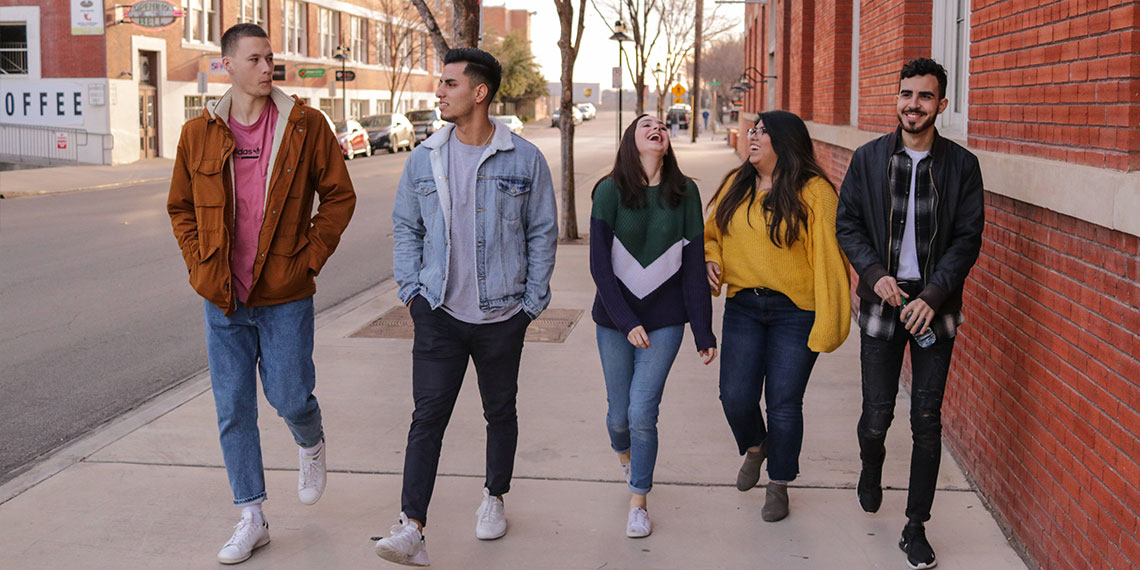 The 7 Most Annoying People You Meet In College

Everyone does something they don’t realize is annoying AF. And honestly, college only brings out these habits even more (often because alcohol is involved). Living in ignorance can truly be bliss, but we’d all be better off if someone would call us out for our bad habits so we can all stop being so f*cking annoying! Thankfully, I’m here to do just that. Hopefully by the end of this, we’ll all learn to stop stealing people’s booze and get off our goddamn high horses about our majors.

Being late to class is one thing, but making a big show out of it is just obnoxious (and a display of your complete lack of self-awareness). Just come in, sit the f*ck down, and make as little noise as possible. You really think everyone wants to hear about your alarm “not going off” and how there were “actually zero parking spots” and all your other bullsh*t excuses? Literally no one cares. And if you think you’re in the clear because you don’t spit out a litany of excuses as you rush to your seat, think again. The performative dumping of your backpack onto your desk, typing aggressively on your laptop, and flipping through your notebook as fast as possible needs to stop, too. We geeeet ittt. You’re late. Tragic. But the dramatic display of trying to prove how stressed you are about it doesn’t make me hate you less, or make you any less late.

Oh, you’re taking a full course load, are involved in extracurriculars AND have a job? Crazy how absolutely no one else does. There’s not a single person on the planet who’s ever done as much as you. I bet your schedule rivals that of an influencer during fashion week! *Cue eye roll*

First of all, you’re not the busiest person in the world (or at your school, for that matter) just because you color-code your planner. Secondly, “busy” is not a personality trait or a badge of honor. Literally everyone can tell that when you complain about how you “basically live in the library” or “just have so much going on right now,” you’re not-so-subtly trying to say you think it makes you better than others. Hot take: being busy doesn’t make you important.

The People Who Sh*t-Talk Your Major

washed up hoes be like, let’s start a podcast | link in bio

Listen, I’m a theatre major, so I know how “useless” and “easy” it seems to all you pre-med and engineering majors. But would YOU like to stay up until 4am figuring out how to attach a life-sized puppet to your body while someone nearly drills a screw into your collarbone!? No? Didn’t think so. Just like I don’t want to spend an entire afternoon staring into a microscope watching cells do…whatever it is cells do. Everyone has different skills and interests, because duh, everyone’s different. Quit sh*tting on everyone else’s major just because it’s different than yours.

Dorm GroupMes are totally fair game for sourcing uncommon items, like a vacuum or mouse ears for whatever trashy themed party you’re going to this weekend (but honestly, if you don’t have a pair of animal ears, you’re not prepared for college). But there’s a line. It’s one thing if you need to borrow my clothing iron, but I’m sorry, now you need me to spare you some toothpaste, laundry detergent, and alcohol? The line has to be drawn somewhere. Asking your hall mates for a favor should be a last-resort solution, not your go-to way of avoiding going to the grocery store for the fifth week in a row. No one likes a moocher.

“We were talking about the holocaust in my history class today and this white guy raises his hand and goes, “if I could play the devils advocate?” and my professor said, “no you may not.” And went on lecturing.”

You know them. You probably hate them. And you dread any time they raise their hand in class. I’m talking about those people who are inclined to disagree with every argument just for “discussion’s sake.” Bull! Sh*t! More often than not, devil’s advocates either have some need to prove they have a ~unique~ way of thinking, or just don’t have the balls to actually admit it’s their real opinion. Instead, they hide behind the pretense that it’s just something someone else might say. Either admit your clearly unpopular opinion is what you really believe, or just shut the f*ck up. Please. Class is miserable enough without your input.

We all know someone who shows up to every pregame empty handed, and apparently “completely broke” too. They manage to polish off the entire bottle of your favorite alcohol, and leave with the promise they’ll pay you back. Nevertheless, days and even weeks will pass without them completing your Venmo request, and you swear on your Gucci belt you’ll never let them get away with it again.

Now, I’m not saying I’ve never forgotten to pay someone back, especially in the old days when Venmo didn’t exist. We’re all probably guilty of forgetting (or blacking out and not even knowing you needed to), but after the third Venmo reminder, you better pay up.

Those Ones Who “Never Sleep”

Now, this is the hill I am prepared to die on. If I hear one more person try to compete to be the one who gets the least amount of sleep, I might do something drastic. You know, like make a TikTok calling them out. I’ve never understood why people think not sleeping is cute or something to be proud of. Congrats, you’re not good at taking care of yourself, I guess? Here’s hoping this is something you just grow out of, but I know people have been doing this since high school and it still hasn’t stopped. When will they learn that lying about how little you’ve slept (because let’s be real guys, everyone who does this is exaggerating) to prove you’re the one who studied the most for an exam doesn’t actually increase the amount that you really studied for that exam? Probably never, tbh. Sad.

Listen, nobody’s perfect. No, not even Gigi Hadid. And college is the perfect time for self-improvement. While we probably can’t completely kick all of our bad habits for good (as much as I wish my roommate would stop throwing her used contacts on the floor… nasty), a little self-awareness can go a long way! If you think you’re the exception and don’t do anything bothersome, just ask your roommate. Chances are they could do an entire Ted Talk ranting about all the annoying sh*t you do.