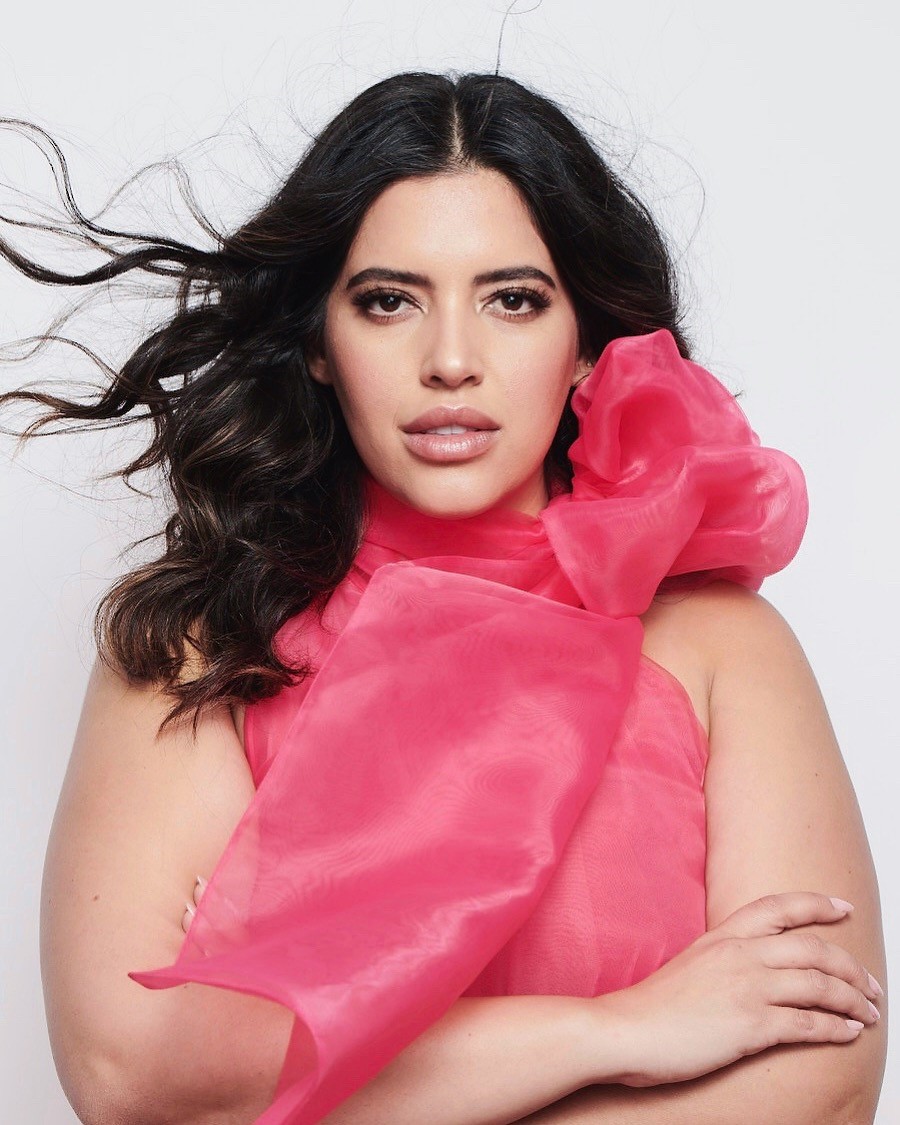 Even if you’re Lizzo, you have times when your confidence isn’t through the roof and you don’t feel like you’re 100% that bitch. No one can prance around totally ~feeling themselves~ à la Beyoncé and Nicki Minaj all the time. If you’re being real, sometimes your self-esteem needs a pick me up, and who better to give you the tips for how to achieve that than Denise Bidot, who’s truly changing the damn world with her body positivity on social media and through her No Wrong Way Movement, which grew from her always saying “There’s no wrong way to be a woman.” She was the first plus-size model to walk in New York Fashion Week and she is honestly so f*cking beautiful. And she smells amazing. And I’m obsessed with her but that’s besides the point. She joined Sami and Aleen on the latest episode of the Diet Starts Tomorrow podcast, but that’s not all… she’ll be headlining the DST Live Show at the Gramercy Theatre on July 31st, which you can buy your tickets for here. So without further ado, here are her best tips for boosting your self confidence and living your best life.

Take a page out of Erika Girardi/Jayne’s book and let your best self live, even if you have to consider it a character separate from yourself at first. As Sami pointed out, this is an actual therapeutic technique. Denise developed an alter ego named Misty in order to turn herself into someone fierce AF who doesn’t give a f*ck. She describes her as “a bombshell sugar mama who’s really badass,” which honestly is what we all aspire to be. Once you’ve acted like your boss betch counterpart enough, she’ll just morph into your personality and become who you really are.

2. Laugh At Yourself In The Mirror

Denise described laughing at herself in the mirror as the first real technique she ever used in order to feel good about herself. She said, “I would stand in front of the mirror naked and make fun of, if not joke about things that I did not love… and I’d be like ‘Oh my god, I love that cellulite’ or ‘Oh my god, I love your uneven tits’… and slowly but surely I began to laugh at them and they became not as powerful over me.” Ummm, this is genius. It’s not hard to call out the parts of our bodies that we aren’t crazy about, so why not just make a joke out of them? I LOVE THIS. It’s like standing up to the bully and taking its power away by not letting yourself be victimized by it anymore. LOL stretch marks, you cute! I see you!

3. Do Whatever The F*ck You Want With Your Body

When Denise mentioned that she was approved by the doctor to get a breast reduction when she was only 16, Aleen opened up about her own breast reduction and how happy she is with the results. Even though Denise never ended up getting one, she said she has major respect for the ways that anyone reaches peace with themselves and happiness with their bodies, whatever they may be. “I do think that there is a happy place for everyone and finding that is what’s really important. It doesn’t look one way or any way. Like, if there’s a girl who wants to get her lips done or a girl who wants botox, do what makes your soul happy as long as you’re doing it for you and not for anyone else,” she so wisely said. She really is that betch.

Denise shared that she has made it a point to not retouch her photos on social media, however brutally honest they may be, which Sami bonded with her over because she has stopped editing her own pictures after looking back at pictures of herself and realizing that’s not what she actually looked like back then. Once you start accepting what your photos look like and being vulnerable enough to share them with the world, the more comfortable you will naturally become with yourself. You’re also promoting body positivity to literally everybody else and spreading the message that it’s okay to look human and not fakely perfect all the time! Being honest with yourself and everyone else and owning how you look is a huge step towards accepting and loving yourself.

5. Realize How Fake Everyone Else’s Photos Are

Even though everyone would be following tip #4 in a perfect world, this is reality and Facetune exists. Denise told Sami and Aleen about photoshoots she’d done with photographers that claimed they wouldn’t retouch the photos and then did. Even skincare campaigns that are supposed to show how good a certain product can actually make your face look are totally photoshopped and distort everyone’s perception of reality. Next time you see a totally smooth body on Instagram, consider that it’s literally not possible for anyone to look like that naturally, so it’s just not realistic for you to expect yourself to look like that. Just look at one of our many Photoshop Fail articles and you’ll see.

You don’t have to do anything too crazy, like invest all your money or jump off a bridge or anything. Those are a little extreme, but taking risks on things that could bring you closer to your aspirations goes hand in hand with your self confidence. Denise explained that a teacher of hers taught her, “Here’s the thing about risks. You can either take the risk and worst case scenario you can end up right where you are, or you can take this risk and actually reach your dreams.” Ever since, she’s had a YOLO attitude of considering that the worst that could happen actually isn’t that bad and it’s totally worth it to shoot your shot. She said that she never even considered going into modeling because she thought she could never pull it off, until she realized if it didn’t work nothing would change but if it did she’d literally be a model. If you have the balls to take a risk you have way more confidence in you than you thought.

7. Listen To A Song That Empowers You

Denise described the experience of doing her first lingerie photoshoot and being terrified of posing in front of everyone with most of her body showing until she told herself to just listen to the Christina Aguilera and Pussycat Dolls songs that were playing and dance. This is such a great way to loosen TF up and start feeling yourself. Put on “Truth Hurts” by Lizzo or “Flawless” by Beyoncé and THRIVE, BETCH!

To hear more from Denise on Diet Starts Tomorrow, listen to the episode below.