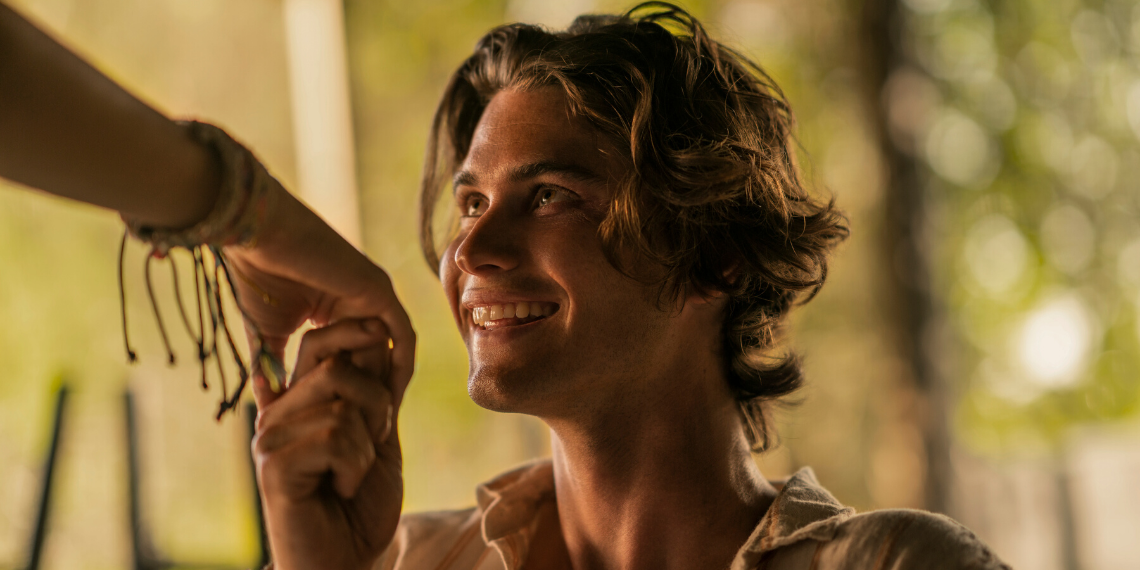 The 5 Most Unrealistic Things About ‘Outer Banks’

I may be twenty *cough* years old, but no matter how many undereye wrinkles I get, one thing remains the same: I am a slut for teen dramas. Give me a hot cast, lots of sex, unrealistic plotlines, and meme-worthy dialogue, and you have yourself a fan. From Gossip Girl to Vampire Diaries, Riverdale to Pretty Little Liars, I’ve seen them all more times than I’d care to admit. The newest addition to my shameful series obsession is, of course, Netflix’s perfect scandy, soapy quarantine distraction: Outer Banks.

First thing’s first: The series, starring a couple of twenty-somethings playing teens who gained Insta-fame overnight, is solid gold. It makes sense Netflix picked it up and it makes even more sense why it was an instant success. A whole bunch of beachy high schoolers on a deadly hunt for treasure while things like parents, class status, sex, and natural disasters get in the way is the whole reason television was invented. Still, though the show is a bonafide success, just like with our other fave teen dramas, there are plenty of plot points and elements that make absolutely no sense. Gotta love how much we’ll all suspend our disbelief when it involves tanned people with daddy issues.

This is the one aspect that the internet has really clung onto and like, I get it. The show is centered around OBXers ranging from 13 (Sarah’s sister) to 19 (her brother, Rafe) with the core crew being around 16. While that’s the perfect age for a series about first loves and eternal summer vibes, it’s not exactly the age the cast looks, which haters obsessed over. Chase Stokes (John B.) is 27, Madeline Cline (Sarah) is 22, and the rest of the Pogues are all 21.

While this is one of the biggest quips viewers had, I didn’t really give a sh*t. The industry has to do that to overcome things like age restrictions and underage employment laws, and the fact that they can all legally buy booze makes me feel a little less grimy for lusting after them. If the person who played JJ or John B. was actually 16, we’d all be going to prison right about now. Still, even I have to admit John B. looks closer to middle age than he does to graduating high school.

At 16, I didn’t know what childhood trauma was, let alone that I’d spend many years and many hundreds of dollars in therapy because my parents never got me an American Girl doll. Sarah, on the other hand, seems to have a full-on grasp of her toxic trait: not getting attached to people. When Kiara confronts her about ghosting on their best friendship, Sarah said, “When people get close to me, I feel trapped and I bail. And then I blame them for it.”

While that’s a very honest response followed up with a heartfelt apology that resulted in the two reconciling, that’s not how most 16-year-old girls would act, let alone talk. She communicates clearly with John B. before (assumingly) losing her virginity and she manages to keep a level head when he talks about how he lost his, something I at 16 could not fathom doing. Unless teens now have the emotional intelligence of 30-somethings who have spent a lot of time working on themselves, I’m calling bullsh*t. At least she said she’d rather die than live without John B. him even though she knew him for like, a month. That helped tbh.

3. John B.’s MANY Escapes From Death

After getting pushed out of a tower, fleeing gunshots and criminals, evading death by both a gaff hook and a plane at the hands of his girlfriend’s father and then, of course, living through his boat capsizing during a hurricane and being FOUND and RESCUED, it’s clear John B. can’t die. I mean, if he could, he’d have been dead probably long before the series even started (or at least at the very start when he was drinking while balancing on a roof with one foot, which is literally making my palms sweaty just thinking about).

“I don’t know how many lives got left, at this point,” Chase Stokes told Bustle, indicating that even he realizes just how absurd it is that his character walked away from season one with nothing more than a concussion, a broken arm, and some majorly chapped lips.

4. Kiara Didn’t Hook Up With Anyone

when kie says jump we say how high

It’s clear every single “teen” (lol) on the show had the hots for Kiara. JJ tried to hook up with her before, John B. kissed her and she turned him down, and it seems she ends up with Pope at the end of the first season (which might actually be the most unrealistic part of the entire series). The Kooks nod at how hot she is at the Midsummer’s ball, even if they’re being d*cks about it. Hell, there are even a few moments with Sarah when it seems like something could happen. I mean, that boat sleepover was low-key steamy.

5. They Find The F*cking Gold

Now, I might have been looking at my phone most of the time while watching the show, but hasn’t this treasure been missing for a long-ass time? So long, in fact, that John B.’s dad spent his entire career on the hunt and literally died looking for it? I get it — debris was sturred up after a storm, the Pogues found a key clue which led to another clue which led to them breaking into an old lady’s well and causing an Island-wide battle for the gold. Still, people’s jobs, careers, and lives were dedicated to finding the treasure for decades.

During the pilot episode, a museum worker says, “The Royal Merchant sunk in the great storm of 1829 with $400 million of British government gold on board.” People have been looking for this gold since 1829 and a group of sexually-charged teens manages to find it within a few months while also juggling family drama, budding relationships, and consuming vast amounts of alcohol? Yeah, that checks out… Finger’s crossed season two will happen and be just as juicy and far-fetched!