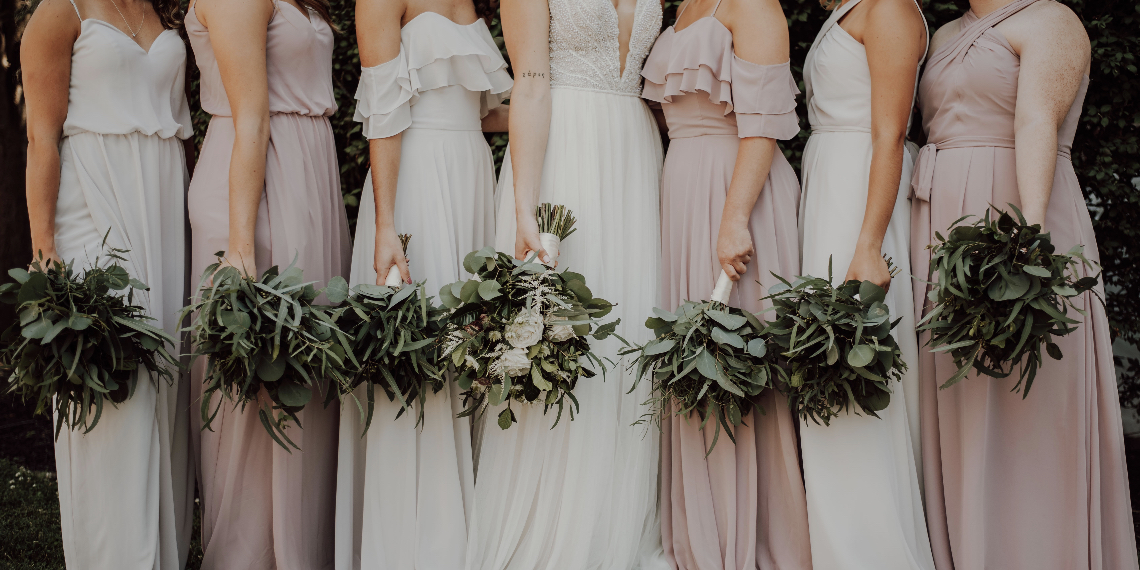 The 5 Friends You Should Dump After Your Wedding

Everyone knows weddings are a ton of work. But the high cost, high stress, and just general tons of sh*t to do tend to bring out the best and worst in people. And usually it’s more of the worst. When you already have so much going on as a bride, it can really suck when your friends aren’t supportive or there for you. Or even worse, actually CONTRIBUTE to your stress. I mean, there are few things in your life that are as big a deal as your wedding. It’s like, the one thing your friends really have to show up and be supportive at (besides like, your funeral I guess, but you won ‘t even technically be there for that). If you’re thinking of getting married, planning a wedding, or are going to be a bridesmaid in your friend’s wedding, I assure you you’ll have a whole slew of sh*tty people to cut the f*ck out of your life afterwards.

Here’s the thing: as we get older, we totally outgrow people. Our bullsh*t tolerance gets much lower. And we dump people to make room for the good friends. It’s just part of growing up. So here are the friends you most definitely should dump after the wedding. Life is too short to deal with people who suck.

1. The Friend Who Didn’t Show Up

Now, this isn’t the friend that RSVPed “no” ahead of time. That is totally cool. Weddings are expensive and inconvenient, especially if they’re out of town. Letting someone know in advance you’re not going to make it is completely acceptable and ENCOURAGED. However, the friend who says they’re coming, RSVPs they’re coming, and then the week of gets the plague/has a work thing/is going to be out of town (wait what? Didn’t you book the trip post-wedding invitation then?)/has a brother that’s pregnant and somehow this affects your ability to go to a wedding, I don’t know. That friend. That friend that is constantly bailing, flaky, and full of excuses.

Sidenote: Sometimes people get sick and that’s fine, too, but I’m not talking about normal friends who always show up, I’m talking about the ones that ALWAYS have convenient illnesses. If they don’t show up to your wedding with yet another BS excuse on why they bailed last-minute, it’s time to cut them out. They obviously DGAF about you if they’re even going to flake on this.

2. The Friend Who Didn’t Show Up OR Send A Gift

The even worse version of the Flaky Friend is the Flaky Friend Who Didn’t Even Send A F*cking Gift. It’s pretty standard that if you’re invited to a wedding—especially a wedding that you already committed to, you need to at least send a gift. You left an $85 plate of food uneaten because of the short notice, the least you can do is send a blender. So if your friend bails with no warning in a sh*tty way, AND doesn’t have the courtesy to send a gift, definitely dump them. You had to get them a gift for their wedding and you showed up.

3. The Friend Who Threw A Fit About Not Getting A Plus-One

Remember that $85 plate of food? Would you like to pay for someone else’s $85 meal? How about 150 people’s meals? I don’t even want to buy McDonald’s for 150 people! Weddings are expensive as f*ck, if you didn’t know. Okay, now pretend you’re already paying for all of this food (or like, okay, your dad is) and then your friend throws a literal tantrum because you tell her you simply don’t have room for the random guy she’s been seeing for three weeks. You have been planning this wedding for over a year. If they can’t respect that you don’t want to waste a spot so she can bring her rando you haven’t even met, that friend needs to go.

4. The Bridesmaid Who Didn’t Try On Her Dress Beforehand

We’ve talked a lot about bridesmaid etiquette in previous articles. There are a lot of things to do as a bridesmaid that aren’t necessarily required, like going on the bachelorette trip, for example. The only true things that are required of you as a bridesmaid are to help the bride, show up at the wedding, and wear the frilly dress. That is it. So if your bridesmaid decides not to check that the dress she ordered probably nine months prior still fits until you’re walking down the aisle, that is pretty disrespectful. As with any important event, you need to try on that sh*t ahead of time, make sure it’s clean, not wrinkled, and fits properly. If your wedding gets delayed/screwed up because Becky realized her dress doesn’t zip right before the walk down the aisle, it seems like she doesn’t GAF about the majorly important events in your life or your friendship. And if she doesn’t care, you shouldn’t either.

5. The Friend Who Still Owes Money From The Bachelorette

What the f*ck is with people? If a bride or maid of honor planned a bach and fronted money for you, you pay them back immediately. If you can’t afford it, let them know ahead of time and don’t go. Or, at the very least, tell people so you can work out a payment plan. Don’t just pretend like you don’t owe them money! It’s called COMMON DECENCY, people. If you have a friend that ripped off your MoH or was a bitch about paying up the cash they already spent/agreed to, maybe it’s time to cut them out. It’s a shady thing to do and rude af to your friends who did come through that now have to pay more to makeup for it.

What friends did you dump after your wedding/or even a friend’s wedding? Did you have similar experiences to these? Let me know in the comments!