The 2011 Aesthetic Is Making A Comeback, But Should It?

It’s a Friday night in 2011. You’re getting ready for a night out with friends. You’ve thrown on a yellow shift dress from Modcloth, polka dot tights, and a faux collar that eerily resembles a doily straight off your grandma’s kitchen table. On your way out the door, you grab your ukulele—you and your friends are having a coffee shop photoshoot so you can post on a new app everyone’s using called Instagram. You don’t actually know how to play anything, but it doesn’t matter. Instagram only allows pictures anyway.

If this image fills you with nostalgia—congratulations! The aesthetic of your youth is now considered “vintage” (cue the existential crisis) by teens on TikTok, the gatekeepers of all things cool. GenZers have discovered this era of fashion, media, and culture, known as “twee” as of, like, 15 minutes ago, and some of its most prominent fashion elements are making their way onto For You Pages and even fashion runways. Trend experts are forecasting that “twee” is the next fashion era to return from the grave, in all of its cutesy, preppy, lo-fi glory.

After diving deep into the twee hashtag on TikTok (which has 56 million views as of writing this article), it seems people are struggling to put their finger on the pulse of where exactly it came from. The word “twee” is British slang for anything cute or quaint, usually in excess. And although nobody remembers calling it that when it was actually a thing, the images of what it supposedly means are striking a chord. Most videos under the hashtag follow a specific formula: people share throwback photos of themselves in the peak twee era of the late 2000s, usually clad in some kind of loud whimsical pattern, and almost always posing with props like tea cups and typewriters, or standing in front of random brick walls. The videos are usually paired with the song “Why Don’t You Let Me Stay Here,” by She & Him, Zooey Deschanel’s folk duo with M. Ward. The song has been named the “twee” anthem, much like Deschanel herself has become the unofficial poster girl for its aesthetic. Both encompass the essence of what “twee” is about: rompy melodies and all things preppy, pastel, and cutesy.

But there’s a debate on whether it can come back, or even if it should—the last time around, twee peaked at a time when Tumblr was full of fatphobic, pro-ED content, which spilled over into the fashion at the time. Many people are worried that with the resurgence of this trend will come more toxic narratives around body image in the mainstream. As someone who was a chubby teenager at the convergence of Tumblr and twee’s respective peaks, I understand the concern around what the revival of this trend could potentially mean for a world that is even more social media centered than it was ten years ago when it first emerged.

However, I think more than anything, trends aren’t so much about the visuals or the aesthetics of the thing, but more the memories we associate with them. The real power comes when we are able to make our own rules, to learn from the past while still giving ourselves permission to be nostalgic for the things that genuinely brought us joy. When I think of “twee” I don’t necessarily think of the doom scrolling through my Tumblr feed and the grueling workouts I saved to the Pinterest board that were born out of my own self-loathing. I think of the day I bought my first Modcloth A-line dress, and that it was the first time that I felt safe and comfortable in my body, celebrating it for what it was, not what I thought it should be.

Fashion can be a mirror of the ugly cultural implications of the time, but it can also be a vessel for self-acceptance, a way to materialize the version of ourselves that we want to be. The cool thing about the cyclical nature of trends is that it allows us to pull the things we want to take with us, and leave behind the things that we don’t. As far as I’m concerned, the glamorization of thigh gaps and faux collars are not a package deal. As the dialogue around body positivity continues to gain traction, and pressure is subsequently put on the fashion industry to make more decisions that are informed by size inclusion, the trends of the past will have no choice but to morph accordingly. Maybe 2022 will come with Modcloth dresses and faux collars and statement cardigans. But it will mean something entirely different this time around, and then it will be gone again, just as quickly as it came. As fleeting as trends are, can’t they just be seen as memories, as either relics of our past selves or celebrations of how far we’ve come—can’t that be enough? 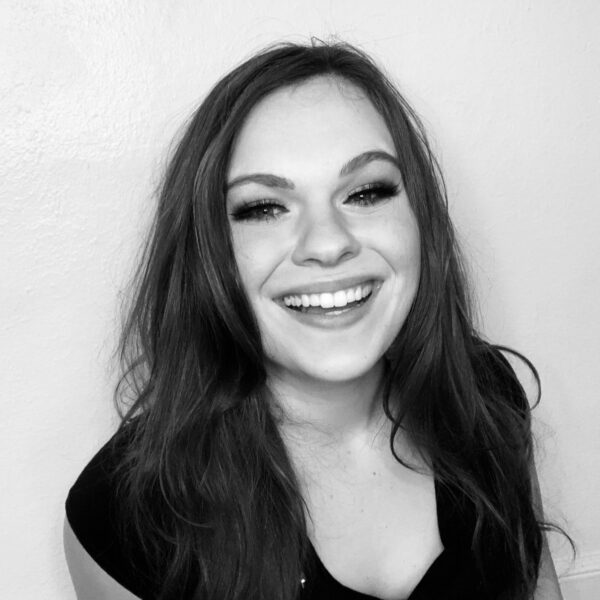 Olivia is a writer+content creator that has written about a wide range of subjects including health, beauty, relationships, culture, and music. When she's not working, you can find her perusing coffee shops, reading predictable romance novels, or catching up on reality TV. You can reach her via email at [email protected]