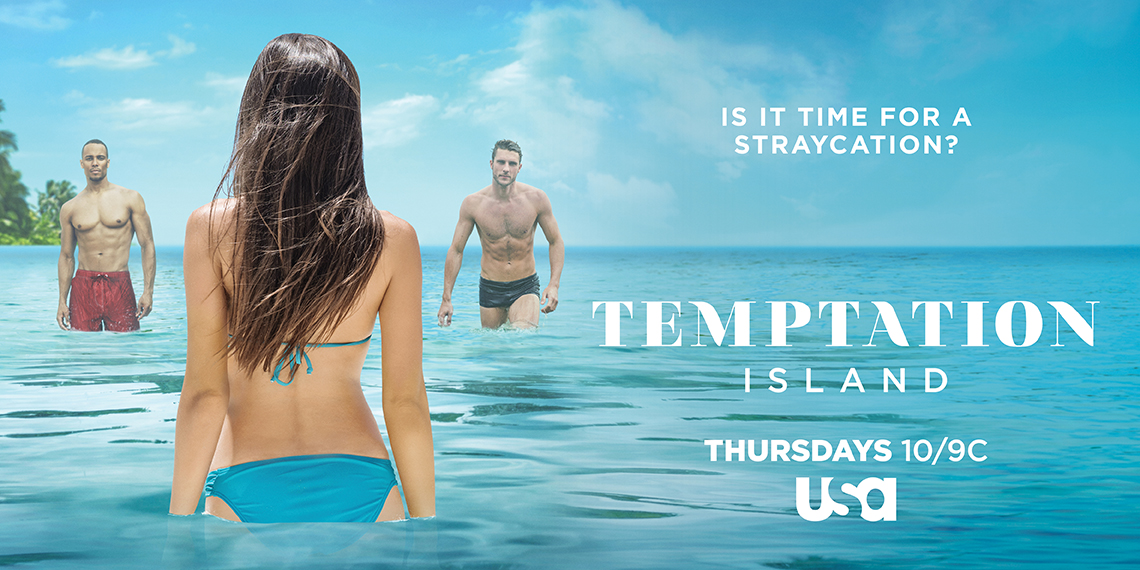 It can be tough to keep track of all the new reality shows coming out, especially when so many of them are just another basic dating show. Instead, let’s talk about an iconic show that finally returned to TV this year: Temptation Island. After a quick little 18-year break, Temptation Island came back on USA Network earlier this year, and it’s already become the hot mess you don’t want to miss. Season 2 is starting on October 10th, and it looks crazier than ever.

If you’re new to Temptation Island, then buckle up, because it’s about to get bumpy. The show features four unmarried couples in committed relationships, that are trying to determine if each other is “the one.” They’re all sent to Maui, where they’re met by 24 hot single people who are all on the prowl and looking for love. Just let your mind run wild with how much drama can unfold. It’s glorious.

Temptation Island wouldn’t be any fun if all the couples were perfectly happy, now would it? That would be too easy. Our four lovely couples this season have all dealt with their share of commitment issues, infidelity, lack of trust, and/or disagreements about major life choices. If that hits a little too close to home, just be glad that you’re not on TV.

For these couples, Temptation Island is the place to figure out once and for all if it’s time to commit, or time to GTFO. I’m particularly curious about Ashley and Rick, who are still dealing with the fallout of him cheating on her a couple years ago. Ashley wants a ring like, yesterday, but Rick is literally terrified of commitment. What could go wrong?!

Ah yes, everything could go wrong. That’s because there are 24 eligible singles waiting for the couples in Maui, and they all want their shot at love, too. And let me tell you, these people are HOT. Like, major props to the casting team, because I’m tempted just scrolling through their photos. The couples will split up to meet new people while they’re on the show, and it’s only a matter of time before something crazy goes down.

Obviously, you’ll have to watch the show to see how each of the couples navigates this, um, challenging environment, but it’s going to be emotional, stressful, and more than a little hot and steamy. Even from the cast introductions, you can see that these people didn’t not come to play, and it’s gonna get good. Season 2 of Temptation Island premieres October 10th on USA Network, and you don’t want to miss it.

Check out the Season 2 premiere of Temptation Island right now: