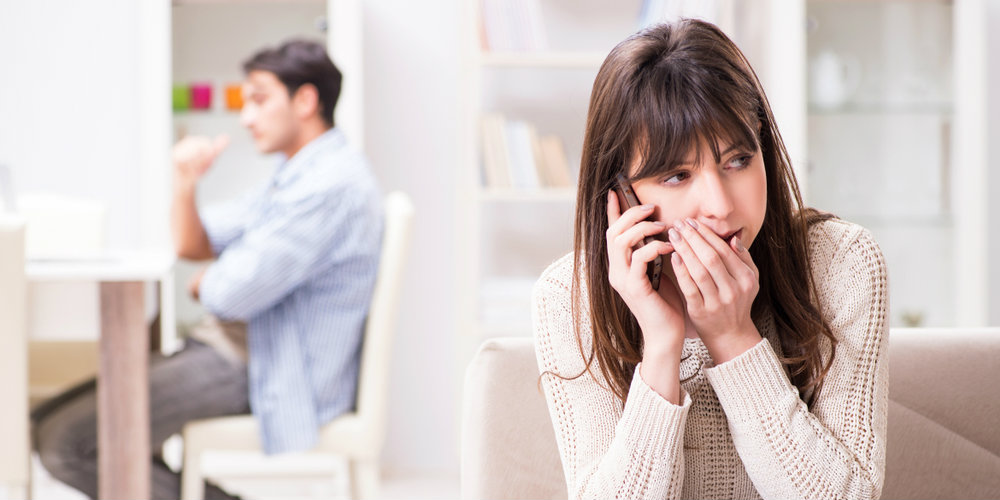 How To Tell Your Judgy Parents About Your Secret Boyfriend: Ask A Pro

So here’s the thing. I met this guy when I was in new york last summer. And I had the biggest crush on him immediately. We had mutual friends and we kinda get together one night on the beach. And we were drinking and talking but then everybody just pared up as couples and me and him were alone. we were really getting along, talking and finding the same interests. A few hours and a lot more drinks later we had sex on the beach. And let me just tell you it was AMAZING. After that we went back to his place and fell asleep together.

Following days we texted and got together but we always meet as group then kinda sneak out and be alone but never had an actual date. It was kinda like loose summer hook up/romance. So after we got back home we occasionally text and let us know what’s going on in each others lifes. And always saying that we should meet up but never do. We kinda live like 2 hours away from each other.

So my question is how the fuck am I gonna see him again? Cuz I kinda giving him the vibe like I don’t care that much about him and it was just fun nothing more. But I do and also don’t wanna let him know that I do. Because if I tell him how I feel about him, I feel like he is not gonna be into it. We did make it kinda like a chase like who is gonna admit it first kinda thing and honestly don’t have a clue how that happened. So I have to make him say that he likes me first but don’t know how to do it :/

Not to be rude, but: YAWN. You only hung out/hooked up a handful of times, haven’t seen each other in nearly a year, only talk occasionally via text, live two hours apart and you’re STILL somehow carrying a torch for this guy? I’m sorry, but that’s delusional as hell. Either that, or he has a magical alien space dick and deserves to be under lock and key at a government black site. The two are not mutually exclusive, actually.

You don’t have any good options here, but since playing Monday morning quarterback is kind of the whole point of this column, I would hope that you learned a valuable lesson: playing coy/hard to get doesn’t work very well (read: at all) when your relationship is almost entirely text-based.

See, playing hard to get and generally not acting overly interested is a good thing—in person. Texting is great for keeping things chugging along and making plans, but actual in-person meetings (whether it’s dates or whatever it is the two of you were doing) is where you assert yourself and make it clear that he has to prove himself worthy of your company. What you DON’T want to do is try to play it all cool via text and then wind up giving him the old “is she drunk or just really into me?” eyes before slobbing his knob. Because then he either a) knows you’re full of shit and have weak-ass game, b) thinks you’re really not into him but appreciate the easy D, or c) are crazy as hell. Shit, if anything you want to flirt MORE via text than you do in real life. That’s how you fuck with a man’s head the right way, dammit.

As far as your situation, the best you can do is try to drum up more conversation more often and see if he opens up. He won’t (on account of you treating the whole thing like a summer fling, which is what it was), but you have nothing to lose given that you’ll probably never see him again otherwise.

Actual sex on the beach is a lot like the drink in that only teenagers think it’s a fun and cool idea.

The subject line is pretty clear I have a secret boyfriend of 2+ years my parents don’t know about and I need major advice on how to tell them.

So when I was a junior in high school I became good friends with this guy and mentioned maybe going to Prom with him when my mom and I were dress shopping. Her response was “you don’t want to go to Prom with him.” So she pretty much shot that down and when he asked me over text I said no. He was a senior when I was a junior and he was supposed to move to California after graduation so I didn’t want to start anything anyway. That summer we went on a school trip to Europe together and got even closer. When we got back, I asked to go to the city park with him and my mom freaked out like I had asked to marry me the guy. She said that he wanted to be firefighter and that they didn’t make enough money. Later that summer, I saw him anyway and didn’t tell her. He was respectful of me, funny, interesting, thought I was a beautiful and in love with me. By the end of the summer I was in love with him too. I didn’t think that it would last long, my only previous relationship had lasted only two months. Or I thought that I would get caught and the work would be done for me.

I continued to see him my whole senior year and she never found out. He came to my graduation party and I introduced them but then my mom just made snide comments behind his back. She is a bitchy hypocritical judgmental bitch. She is a crazy bitch who is always yelling at my family members (me, my dad, and my sister) about stuff and constantly bitching. She only wants whatever she wants and hardly cares about anyone else (even though she says she does). She’s basically impossible and I’m not exaggerating because she has caused my sister emotional harm. Another reason I didn’t want to tell my parents was I knew my mom would say that I didn’t know what love was or that I was too young and basically invalidate my feelings.

I later found out my mom had a huge fight with his mother (idk what it was over) and I think that is a large part of why she hates him. She also hated the fact he wore camo pants and drove a loud car, but we were in high school in West Virginia.

Fast forward two years and I am 19 and a sophomore at WVU and they still don’t know. I said I’d tell them when I got to college but I was living in a dorm. I was also afraid that they would quit funding my education if I told them. He lives forty minutes away so he came to see me quite frequently. Now I am a sophomore and have my own apartment and a car on campus so we still see each other regularly.

My boyfriend has his life mostly together because he got a full time job as a firefighter, just bought a new car, and is moving into his own apartment next month. I also know him not going to college will be an issue with my parents.

He asked me to go meet his family in Georgia with him this summer and I really want to go on this trip but I know I can’t unless I tell my parents. My friends and sister have always known. And my dad would be happy for me but I am afraid of what my mom will do if I tell her. My original plan was to tell her that it was new college thing. However, I don’t think that would go over well I’m afraid she’d remember I talked to him in high school. I love him and I don’t wanna lose him. I know I have to tell them sometime but I am literally so afraid to. The fact that he is with me after all this proves how much he loves me, but i need all the help I can get to tell my parents. Please Help!

Will Smith was right, parents just don’t understand. And the great thing about becoming adult is that, not only do you realize they don’t understand sometimes, but also that your parents are perfectly capable of being complete morons. Just like us! I mean really, if your mom had wanted you to wind up with an ascot-wearing petroleum baron, maybe she should have started by not sending her daughter to public school in West fucking Virginia? Just a thought.

I think you’re right that this is motivated more by her own selfish desires than it is wanting what’s best for you. I mean, most parents in their position would be thrilled for their daughter to date a guy with all of his teeth, let alone a steady job. Has she ever actually been to Morgantown to see what your other options are? Why, I bet the tin and a half of Skoal your boyfriend goes through in a week is positively quaint in comparison. Besides, what’s her issue with his career? Firefighting is dangerous as shit, so if she’s a betting woman you’d think she’d like the long odds.

Unfortunately there’s no real secret sauce or magic bullet here—you’re probably right that you’re going to have to tell her at some point, more or less directly. It just isn’t worth the hassle, even if a small part of me is quietly thinking that it’s also not worth the hassle spending your college years tied down to the same underachiever you’ve known since high school (spoiler alert: lot’s and lots of guys will willingly tell you you’re beautiful and that they love you!). But that’s not really fair, so: telling her is the way to go.

Does your dad know? I’d go through him first, if not. More support is better than less, even if your dad sounds like a pushover who doesn’t try to put a stop to your mom’s asshole-ish behavior. What he can do, however, is help brainstorm ways to make this more palatable to her. I’d do it sooner than later and frame it as you telling her out of reverence: “Mom, I love you and respect our relationship, so I thought it was important that you know I’ve been seeing Cletus for the past several months. He’s way more mature than I remember him from high school.”

Yeah, that’s right. I said “several months.” Fuck it, lie a little to the woman. It’s not like it’s any worse than the bullshit she’s been holding over your head the past four years.