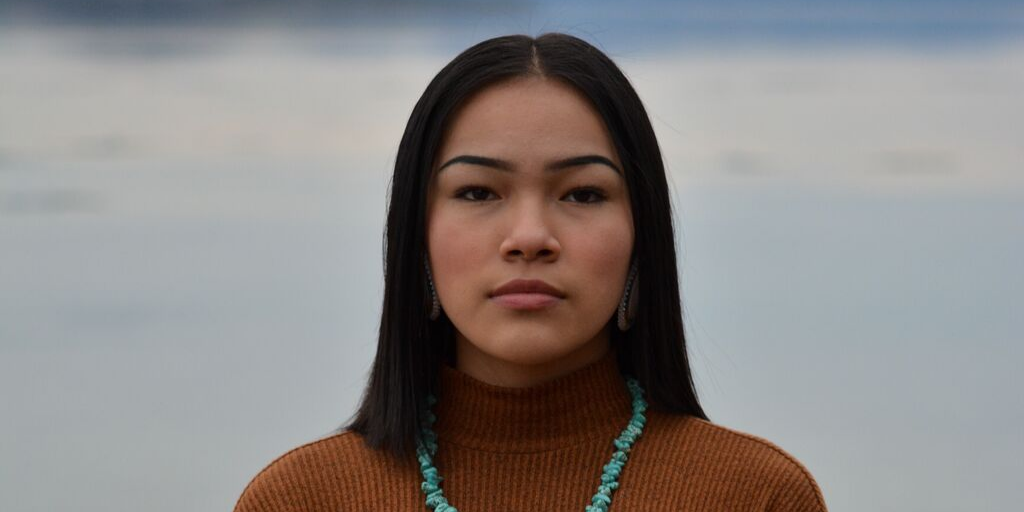 Back in my day (lol sorry), being a teen meant being a POS who yelled at your mom for no reason and wore too much eyeliner. Now, teens are saving the planet.

Kind of rude of them to show me up like that, but also pretty rad of them to be heroes.

One teen who has been in the spotlight lately is Greta Thunberg, the amazing 16-year-old who sailed across the Atlantic to attend the UN Climate Summit in New York City, where her searing speech inspired praise and ire depending on whether you believe scientists are lying and have never checked the weather. She was recently named TIME’s person of the year.

This was the year the climate crisis went from behind the curtain to center stage, from ambient political noise to squarely on the world's agenda, and no one did more to make that happen than @gretathunberg. Meaningful change rarely happens without the galvanizing force of influential individuals, writes editor-in-chief Edward Felsenthal, and in 2019, the earth's existential crisis found one in Thunberg. For that reason, she is TIME's 2019 Person of the Year. Read more about the #TIMEPOY choice at the link in bio. Photograph by @evgenia_arbugaeva for TIME; Video by @maxim_arbugaev for TIME

And while Greta is deserving of recognition — the girl is an international hero — it’s also important that we note that she is not alone in this fight. Thunberg was neither the first or only young person to raise the alarm — there are lots of other teen climate activists, and many of them are not white.

It’s pretty typical that the white girl is the one receiving attention and praise, but it shouldn’t be. We should recognize teens from all backgrounds, especially since those affected most by climate change are people from marginalized communities. Without further ado, here is a list of teens who are undeniably better than me, a 27-year-old adult human woman.

Autumn is a 15-year-old water conservation queen from Canada. She is a strong advocate for clean water, and says she was inspired to take action by her great aunt, Josephine Mandamin, who was also an indigenous activist. Autumn is the Chief Water Commissioner for the Anishinabek Nation, a member of the Wikwemikong First Nation, and was recently nominated for 2019 Children’s Peace Prize. When she was 12, Autumn confronted Justin Trudeau to tell him that she wasn’t pleased with his policies on pipeline projects. Meanwhile, when I was 12 I confronted my mom to tell her I wasn’t pleased with her policies on not allowing me to go on AIM before my homework was done.

🎤My mama always told me I would make it, so I made 🎤 Have you seen my friend @mileycyrus latest video for Mother’s Daughter?

You may remember Mari Copeny as “Little Miss Flint,” the girl who made headlines after writing a letter to President Barack Obama (tbt) about the Flint water crisis. She’s continued to fight the good fight, both for Flint and other places endangered by environmental negligence around the world. She started #WednesdaysForWater this year, raising awareness every Wednesday about places in need of clean water, so she’s also essentially an influencer who uses her forces for good. She’s also working with a water-filtration company to bring water filters to communities that don’t have access to drinkable water. She is 12 years old.

If you breathe air, you should care ❤️

After experiencing the effects of climate change firsthand in San Pedro Tultepec, Mexico, where she grew up as part of the Otomi-Toltec indigenous peoples, Xiye decided to take action. She currently works with the Peoples Climate Movement to introduce youth to grassroots and climate organizations. She also launched her own youth activism training program and “Spirit of the UN” award in 2018 for her efforts. She is 17 years old, AKA the age I was when I got grounded for taking all the liquors in my parents’ liquor cabinet and mixing them together in a plastic water bottle.

It’s not what’s politically possible, but what is necessary. ~ a new generation of activists are taking a lead on climate change ♻️ link in bio💚@rollingstone

Isra is the daughter of Rep. Ilhan Omar, but is an activist in her own right. She co-founded the Youth Climate Strike, which helps young people get involved with the climate change movement by showing them where they can join strikes and walk-outs. Isra is passionate about intersectionality and focusing on how climate change affects marginalized communities. She has said, “As a black Muslim woman, it is important to me to have intersectionality be brought into this fight!” She is 16, an age at which I certainly did not have any understanding of the term “intersectionality.”

Bruno is a 19-year-old climate activist from Buenos Aires who did not come to play around at this year’s UN Youth Climate Summit. At the summit, he said, “We hear that our generation is going to be the one in charge of dealing with the problems that current leaders have created, and we will not wait passively to become that future. The time is now for us to be leaders.” Again, he is a teen.

Posted @withrepost • @onehealthproductions Helena Gualinga, daughter of the First Uprising, member of the Sarayaku community in the Ecuadorian Amazon is a global voice for indigenous rights and the protection of the living forest. This 17-year-old activist traveled to New York to march with her peers and fellow indigenous allies in the New York City Climate Strike on September 20th. While leading the indigenous block at Foley Square outside the United States Courthouse, Helena spoke on the dangers of activism and the targeted threats to her community and family for speaking up on climate issues and defending their territories in the Amazon. 📷:@allison_hanes @onehealthproductions #ourexistenceisourresistence #standwithHelena #standwiththeAmazon #standforrainforests #standforourclimate #indigenousrights #climatestrike #listentoouryouth #listentoindigenousvoices #amazonia

Helena, 17, is from the Ecuadorian Amazon and advocates for taking down big oil companies and supporting indigenous communities. She intensified her personal fight against climate change after witnessing its effects with fires and deforestation in her home country. She has said of indigenous communities: “They can help us stop the fossil fuel industry and protect indigenous people in the Amazon because those are the people who have been protecting the world’s rainforest for a very long time now.” She is literally saving the world at age 17. When I was 17, the only thing I was saving was any and all CVS coupons that applied to the cosmetics aisle.

Secretly (but not-so-secretly) plotting the demise of the fossil fuel and animal agriculture industries that are causing the destruction of all life on earth (but also a just transition that doesn’t leave workers behind) like….⁣ ⁣ #ThisIsZeroHour #YouthToPower

Jamie is a queer, mixed-race Latina who has taken on the role of a leader in the fight against climate change. She is the co-Executive Director of Zero Hour, an organization that “educate communities around the country and abroad about the systems of oppression that root causes of climate change in our platform, including Capitalism, Racism, Sexism, Colonialism, and how these systems intersect with the climate movement to form climate justice.” Damn. That is a hella inspiring message, especially coming from a passionate, smart 17-year-old.

Jerome isn’t just a climate activist,  he’s also an author, a National Geographic Explorer, a Smithsonian Ambassador, the founder and editor-in-Chief of The Climate Reporter, and the founder of both One Million of Us and  TAU VR.  Literally you couldn’t even get me to join any clubs in high school because I was too busy smoking weed out of empty (environmentally hostile) soda cans and taking selfies with my dad’s digital camera. Anyway, Jerome here uses his expertise as a Virtual Reality and AI Developer (casual) to combat climate change by coding virtual reality experiences that allow users to move through the plastic-filled oceans and experience the consequences of environmental destruction. He is 17-years-old.