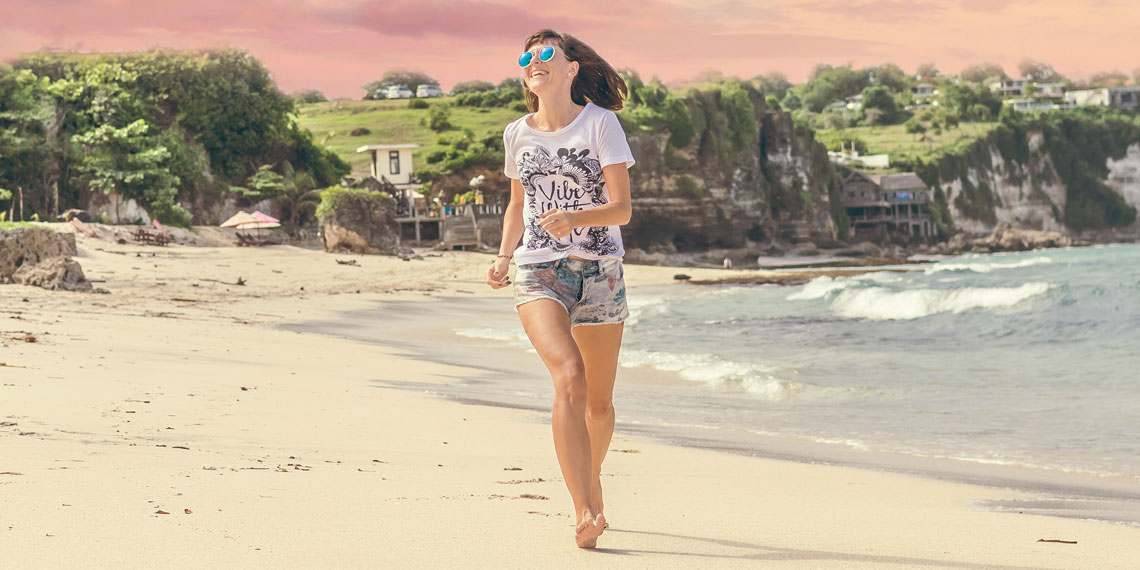 Summer Isn’t Over Yet: Weekly Horoscopes For August 27-31

It’s the week before Labor Day, so everyone is pretty much checked out this week. Don’t plan on getting a lot of work done. Don’t plan on sticking to your diet or workout plan. Basically, don’t plan on anything because lack of follow-through will just end up frustrating you to no end. Hold people accountable after Labor Day, k? Here are your weekly horoscopes for August 27-31:

The Moon connecting with Jupiter this week awakens your intuition. In order to really tap into that, you need to spend some time being quiet this week. Like, think about 10 minutes without podcasts or music or the TV on in the background. A tiny bit of silent reflection could reveal a lot, or it could send you into an anxiety tailspin as you contemplate your life and choices. There’s only one way to find out!

Mars ignites your desire to travel this week. Hopefully you have a Labor Day getaway in the works, because it’s just what you need to reset as we head into the fall season. If not, turn off your phone, fill up the kiddie pool, and pour yourself a stiff tropical drink. Your life is basically set on “Do Not Disturb” until you get some vacation time in.

The Moon in Pisces to start the week makes you lucky as long as you follow your intuition. You can avoid a lot of heartbreak and trouble if you notice the red flags before they turn into deal breakers. Like, if you feel sketched out by a guy you met on an app, don’t ignore it. Next thing you know, drinks after work could turn into sex at his place while his cats—yes, multiple cats—watch. So gross.

With fiery Mars opposite your sign, this week calls for patience on the behalf of others. Practice giving people the benefit of the doubt. With summer coming to an end, a lot of other signs are scatterbrained and might forget that you had lunch plans scheduled out from weeks ago. Bring headphones or a book or something along with you this week so you don’t feel totally awkward when others leave you high and dry.

Since you’re still recovering from Mercury in retrograde in your sign, it might be time to do some reflection on the good and bad it brought you. Mercury did bring people from the past back into your life, but now Venus creates a some appreciation for people you know and how much they, like, totally care for and adore you. If exes popped up while Mercury was in retrograde, maybe just practice being thankful that they’re out of your life now.

You’re looking forward to a partnership on the horizon, thanks to the Moon in Pisces. Maybe things are working out with a collaboration on a project or at work. Maybe your current relationship is moving along swimmingly and you’re casually making wedding boards on Pinterest. That’s not creepy or anything. Check in with the person you’re partnering with, though, to make sure you’re on the same page. Definitely don’t, like, tell him about the Pinterest thing, though.

Your compassionate side comes out this week as the Moon links to generous Jupiter. You could be the friend that’s called upon when others are in need. Depending on how crazy your friends are, it’s probably because they know a responsible Libra like yourself has enough in the bank account for bail money. Luckily for everyone you know, you’re in a generous mood. Just remind them that they definitely owe you one now.

This is one of the most popular times of the year for you. I’m sure you have a lot planned to close out the summer. Don’t forget the little people on your way to the top, though. If you have invites to the hottest parties and events, why not share the wealth this week with a friend who doesn’t always run in the same crowd? Your ability to adapt socially and help others be less awkward at parties will be noticed and recognized.

The Sun at the top of your chart means all eyes are on you. It would be a shame for you to not take advantage of that. While other signs are kicking back, enjoying the end of summer vacation, you can step up your game in the office. You’ll basically be the only one putting in any effort, and your boss will totally notice. You don’t even have to work that hard. It’s like being rewarded for doing the bare minimum, which is the best thing to be rewarded for anyway.

Mars in your sign makes you aggressive and energetic, but all that aggression and energy might be misplaced. It’s like when you take an Adderall and spend five hours looking at Instagram instead of working. You’ll have drive to get shit done, it just might not be the most useful stuff. It’s the last week of summer, basically, so go ahead and be nonsensical: organize your nail polish by shades of the rainbow, debate with your friends about the hottest guy on Bachelor in Paradise—anything unproductive will make you happy, and that’s ok.

Things are passionate and intense for you coming up. Mercury opposite your sign attracts fun and lively conversations with others. Venus encourages romance. Be careful if you’re out in the wild looking for a mate right now; you’re in danger of falling hard and fast for someone. A new fling will distract you from all the other sh*t you’ve been working on, so get ready to get behind on the sh*t you have to do while galavanting around on dates and such.

Mercury makes you busy this week while Venus promotes friendships, conversations, and hot sex. That sounds so great and fabulous, except for the fact that the Sun is opposite your sign, making you tired AF. Let’s just say you’d get a lot done—including doing a great job at work while maintaining a social and sex life, that is—if it weren’t for the fact that you probably slept though all your opportunities to actually do so this week. So that’s nice. FML.