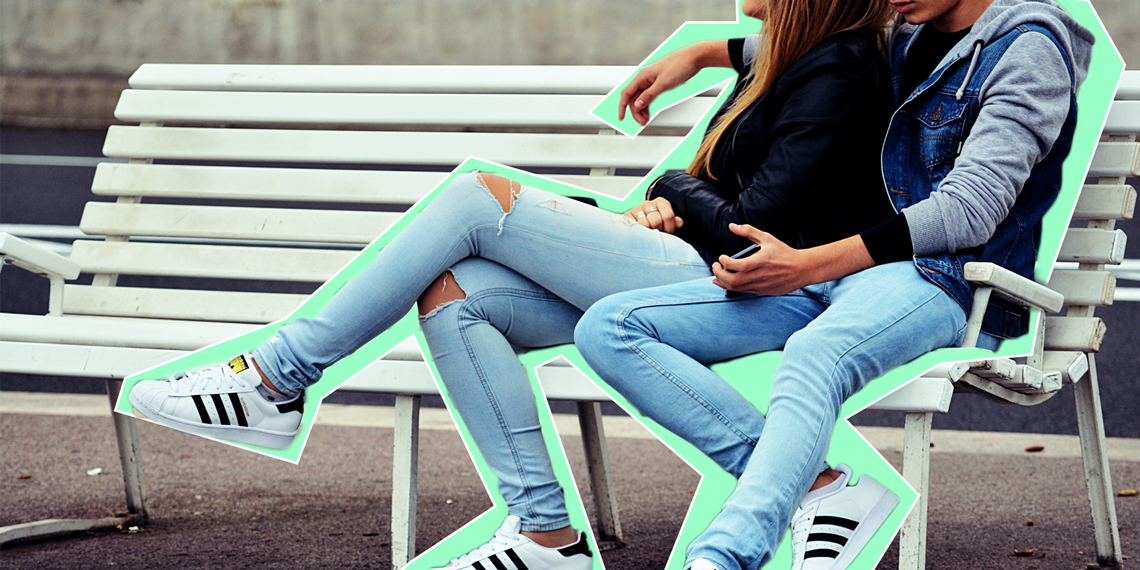 I don’t know about you, but this heat wave is seriously fucking me up. After spending all winter becoming one with  my couch, I was really ready for another four months on my couch to get back out there this summer. Instead, I’m finding myself yearning for the days when lying under a blanket didn’t feel like entering a sweat lodge. SO: even though we all get a pass on going outside this week, summer should be your most social season—and dating is no exception. Sunlight makes people happy, happy hours make people drunk, and drunk, happy people have more fun on dates. It’s basic math. Of course, not all summer dates are created equal. So while you’re fielding texts from Hinge matches, keep in mind that many invitations are still worth ignoring. Here’s what these date locations say about your date’s intentions.

In non-summer months, this has potential to be a fine option if you’re on antibiotics.  It’s easy to cut short, requires minimal dressing up, and is overall a low-cost alternative to meeting for drinks. And going to the guy’s usual local spot can give you a sense of his overall vibe, though the implication that he’s hoping you’ll go home with him obviously stands.

During the summer though, this invite is all kinds of sus. If they’re trying to meet you at 2pm on a Saturday down the block from their apartment, they likely haven’t left their apartment in six weeks and will be rolling out of bed, wiping Cheeto crumbs off their shirt, and contemplating cancelling five times before they finally walk down the block. Oh, and they’ll probably try to steer the “date” back to their place to continue whatever TV show they were binging within 30 minutes of meeting you. With all the outdoor options and day-drinking venues summer has to offer, if the best they can do is a non-alcoholic beverage in their zip code, they either don’t give a shit about this date at all, have no social life to speak of, or both.

Picnic In The Park

Whether or not this is a red flag is kind of subjective. If you’re a fan of watching ants climb all over your food while dodging Frisbees, enjoy! (Yeah I hate picnics. Sue me.) The plus side of a picnic invitation is that it’s (meant to be) romantic, so the person who suggests this is definitely making an effort. The downside is that they require a ton of work to pull off effectively. So in Scenario A, your date shows up with a small suitcase worth of supplies (coolers, something to sit on so you don’t get grass stains, etc). While sweet, it also makes it painfully evident how much effort they put in and could be a turn-off early on. It also makes it impossible to continue the date afterward because they’re carrying around 10 pounds of picnic supplies.

In Scenario B, your date brings two 99 cent cans of Arizona iced teas and nothing else, you’re both covered in sweat and grass stains within 10 minutes, he gets embarrassed and tries to act like you’re too high maintenance to cover up that he planned a shitty-ass date. Ultimately, inviting you to a picnic means they’ve thought about this date way too much (and have probably done this exact date with their ex) or way too little. You can appreciate the gesture, but I do not recommend going on this date.

^The last time someone actually enjoyed a picnic.

Rooftop Bar With Their Friends

This is also kind of a mixed bag, but for different reasons. If they invite you to this a few days in advance, it’s ideal. It likely resembles the weekend plans you would have made for yourself anyway, and it means they want you to meet their friends. Win-win. If they invite you to this while they’re already there, it’s a very different story. This means they got drunk and horny, and are too awkward to actually meet someone at the bar full of equally drunk singles. Instead, they started going through their phone and messaging their last week of matches. While the commitment to not meeting people is admirable, you’re better than this. Being available on-demand for whenever they’re done with the social part of their night and just want to get laid is never a good look.*

*If you’ve been on a few dates already, this could be a cute “had a few drinks and started thinking about you” type text. But keep an eye on whether they actually introduce you to their friends when you show up, or if they just try to hustle you home.

Like the coffee date, this is normal/fine other parts of the year. But IMO, scheduling an 8pm dinner on a Wednesday is a little formal for a summer date. Has he never heard of happy hour? And is he just expecting you to waste prime drinking hours just to exchange information about your siblings and hometowns over cloth napkins? This date option implies that they’re highly traditional, operate by a strict schedule, and are probably not that much fun. This holds especially true if the restaurant they choose also offers a happy hour menu and they purposely choose not to do it. Who hurt you????

Their House In The Hamptons

This date is the easiest to decode. If they invite you to their house in the Hamptons, MARRY THEM. Seriously. Lock that shit down before the next heat wave rolls through.

Ultimately, dating in the summer is easier than dating in the winter. But because we can’t have nice things, that doesn’t mean some red flags don’t apply. Summer is the time to be your most fun self, taking advantage of long summer nights and half-off drinks. If their best self doesn’t crave margaritas after 12pm from June-September, think carefully whether this is someone you’re interested in dating. And maybe give your number to the people you see out at your favorite summer bars instead. At least you know they have good taste.