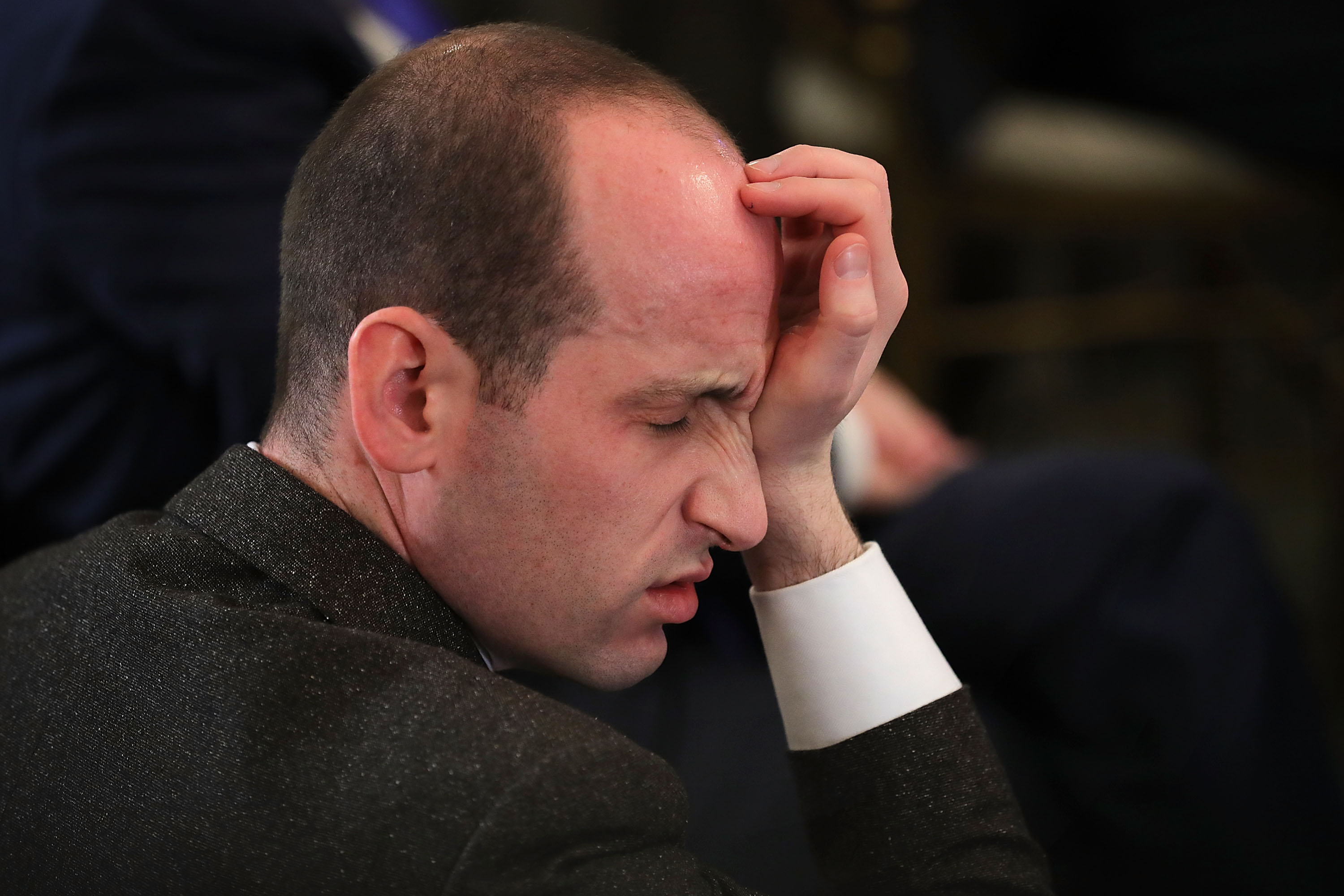 Stephen Miller Literally Napped Through A Meeting On School Shootings

Naps are a sacred art. No one told me when I was three that I should have savored every moment of sweet sweet nap time, for it would become a great luxury in my twenties. This week, we found out the power snooze is not only reserved for hungover college kids on Sunday afternoons, but big shot politicians as well. Wow, the White House is so #relatable. In a Monday morning meeting about school safety, senior advisor and Nap Queen Stephen Miller was photographed catching some z’s, proving once and for all my theory that Stephen Miller is the Corinne of the White House.

Trump’s Senior policy adviser Stephen Miller, the man responsible to recommending policy to the President of the United States, cares so much about the Parkland shooting that he fell asleep during this meeting earlier today with our nation’s governors.

TBH…have you ever seen a picture of Stephen Miller awake? Even when he’s supposedly conscious, the man looks like he’s been lying still in a dark coffin for ten years, only to rise when his eyelids reach half-mast and then hiss when the sunlight touches his oblong balding head.

Honestly, I don’t blame him. If my boss calls a meeting that easily could have just been an email – on a Monday morning, no less – I’m PTFO in the corner where he won’t see me hiding behind the XL iced coffee that made me late in the first place. Miller’s mistake was breaking the cardinal rule of texting or sleeping in a meeting/class/religious service/etc.: never get caught on camera. I slept through countless assemblies and lectures in my many years of schooling, and my teachers were never the wiser. Sure, most of those meetings were about new social media strategies and not saving children from school shooters but still, I never got caught. *adds to special skill section of resume*

Side note: During this same meeting, President Trump, who has recently been promoting arming teachers as a defense tactic, stated that he would have run into the school, even without a weapon, to stop the shooter personally. Are you fucking serious? I can’t imagine that man moving faster than the slug lady from Monster’s Inc., so there’s no shot he would be caught dead running anywhere. Motion to make “when Trump runs” the official new version of “when pigs fly.” It’s a physical implausibility. Also, for a man who reacts to birds like this, I can’t see him turning into the pinnacle of bravery when faced with a deadly assault weapon:

All joking aside, get some rest, Stephen. It’s hard to trust you to be one of the people in charge of advising our President on how to keep our children safe in school when you can’t even be trusted to stay awake through an hour-long meeting. Then again, maybe he wasn’t actually sleeping, and he was just rolling his eyes so hard at the idea of his boss running that they rolled a full 180 degrees around and just appeared closed. No way to truly be sure.