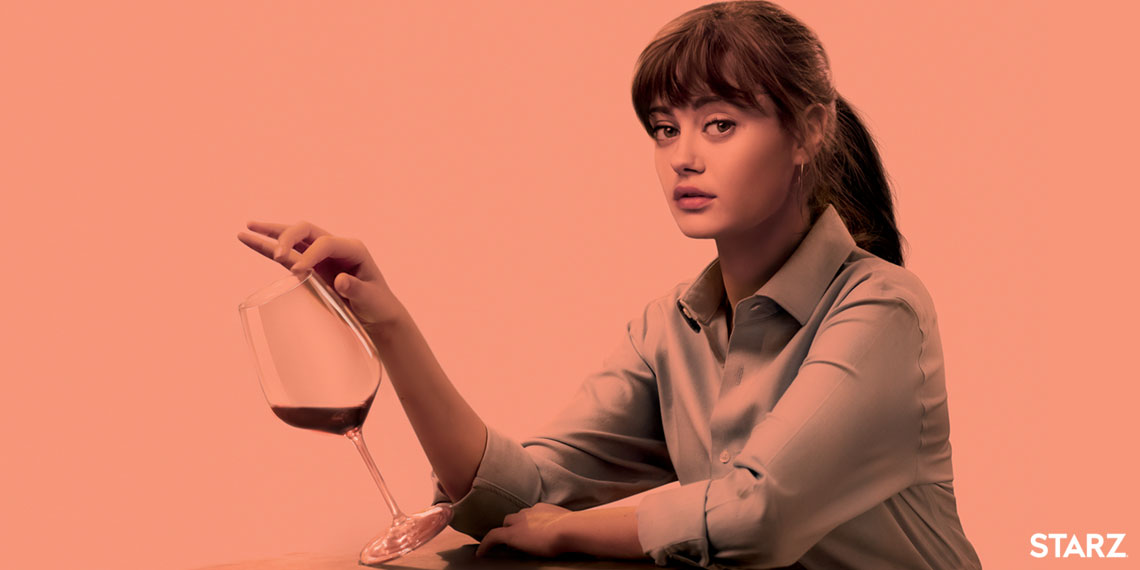 The One Show That Will Give You Life This Summer

Summer is (supposedly) right around the corner, which means the start of rooftop season, drinking rosé and not feeling extra about it, and generally just living your best life for the Insta. But the start of summer also means the loss of our favorite TV shows for the next three to four months, because apparently we’re not allowed to have our cake and watch it too. Ugh. That said, Starz is releasing the solution to your summertime TV problem and its name is Sweetbitter. The show is based on Stephanie Danler’s 2016 novel (which we fucking loved) and follows twenty-two-year-old Tess as she moves to the city and takes a job at a fancy restaurant only to realize that she has no fucking clue what she’s doing there or with her life in general. Same.

Think all the partying in Sex & The City meets the realness of Girls. Every episode makes living in New York seem like a beautiful nightmare (trueeee) and it’s relatable AF. I’m already thinking that between the v realistic NYC setting and the amount of wine these people consume this might be the reason I’ve been looking for to stay inside during the nicest months of the year and plant my ass on my couch as Starz and God intended. So here’s all the ways Sweetbitter is going to give you life this summer:

If you think your family is crazy, then just you fucking wait because Tess’s coworkers are like your family, only more batshit. Instead of your mom asking you why you don’t ever have a boyfriend, sub in a coworker asking you why you don’t ever know the exact grape that went into making the wine you’re sipping on. Whether they’re forcing Tess to bus their own dinner plates or “forgetting” to tell her about the after work ragers, this restaurant fam will make you grateful for your own batshit relatives. The judgment and cattiness are way too real, but so is the love because in the end they always have Tess’s back. And by “have her back” I mean they are willing to share their coke and foot the bill at happy hour. And that’s all I ask for amongst my blood relatives, but for some reason, nobody ever takes me up on it?? Maybe I should start working in a restaurant.

Hookups abound at this job and it is hot AF. Sweetbitter’s resident heartthrob comes in the form of a bartender named Jake because of course, it does. He immediately sparks a connection with Tess, showing her the ropes of the restaurant and flirting with her in between shifts. I make it a rule to never date guys with better hair than me or who know more about alcohol than I do, but whatever, to each their own, Tess! There’s a lot of eye-fucking each other in meat lockers, oyster slurping foreplay, and dry humping on a brick wall (srsly watch this trailer because it’s hot). Tbh I have a feeling that Tess and Jake’s relationship will go about as well as my last Hinge date (spoiler: it did not end well), but only time will tell.

The show takes place in a highly-rated NYC restaurant so obviously, the food is going to look amaze. Watching any one episode will make you want to treat yourself every goddamn day of the week and not think twice about it. It’s dangerous AF but also I’m not looking away so this is the life I’m leading now I guess.

Seriously, if you think the food looks good on this show then wait until you see the wine porn that’s about to grace your television screen. I’d say, like, 80 percent of this show revolves around wine and drinking, which are numbers I can definitely support. Tess quickly realizes that her refined palate of boxed wine and malt liquor (or whatever the fuck people straight out of college and living in the suburbs drink for funsies) just ain’t gonna cut it anymore. And by “quickly realizes” I mean after she’s publicly shamed for guzzling wine after work because, as one of her coworkers so lovingly puts it: “it’s not a shot so don’t drink it like it’s one.” So sweet. And if you’re thinking that nothing’s wrong with taking a bottle of wine to the face exactly one minute after your shift ends then same you’ll probs be learning the ins and outs of grown-up drinking just like Tess.

Sweetbitter premiers on Sunday, May 6th. Be there or be sad that you don’t know shit about what’s gonna be one of the best shows on TV this summer.

In partnership with Starz