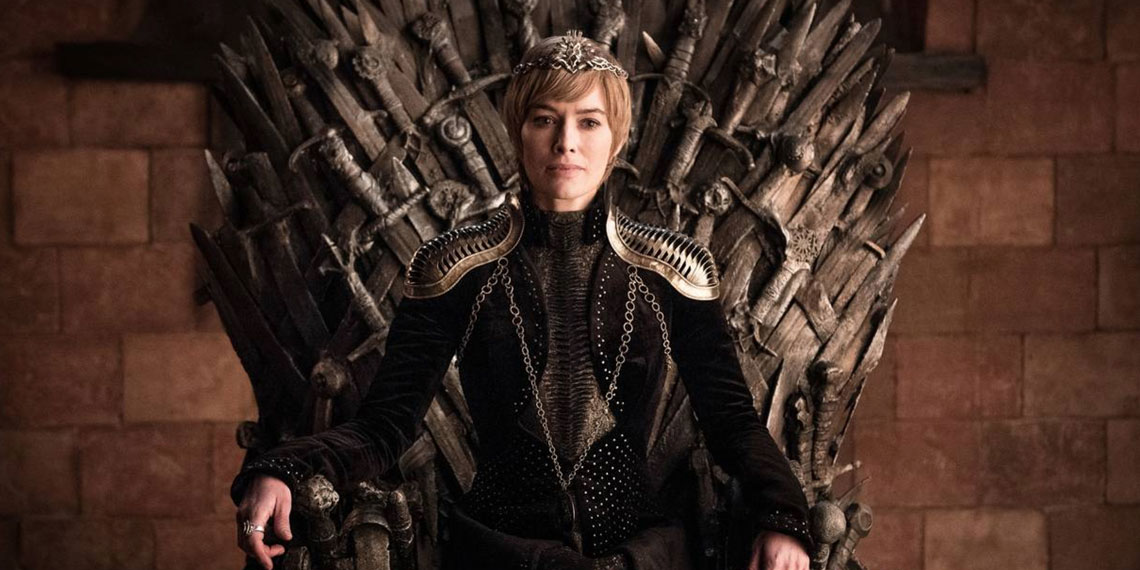 Shows To Watch Now That ‘Game Of Thrones’ Is Over

It’s time to face facts: Game of Thrones is gone. Love or hate season eight, it’s the last one we’re ever going to get, at least until HBO releases the prequel spin-off they already have planned or until someone picks up the spin-off I already have planned: Arya Takes Resteros.

This all begs the question….what now? What do we do with ourselves now that we don’t have a reason to get on the internet and scream once a week? Sophie Turner’s Instagram stories might tide us over for a little bit, but it’s unreasonable to expect her to keep up that level of content just for our well-being. She’s got more important sh*t to do, like running Winterfell and Joe Jonas at the same time.

Well fear not, friends. Lest you forgot, we live in a world of near-limitless content. There are thousands of shows to obsess over in the absence of Thrones, and some of them might actually leave you feeling fulfilled at the end. I know, sounds fake, but go with me here.

We’ve narrowed down some of the best new shows and summer releases to help fill that Westeros shaped hole in your heart. None of them will cause quite the same level of gut-wrenching pain as we’re accustomed to, but honestly, that’s probably a good thing.

Have you ever looked at a stack of the books you were forced to read in middle school and thought “wow I wish one of you got a CW crossover?” Welcome to The Society, which is Lord of the Flies-meets-Riverdale except not campy at all.

The Society follows a group of juniors and seniors in high school who return home from a school trip to their small but abundantly wealthy town in Connecticut to find that they are the only ones there. All the trappings of modern technology have abandoned them, and this group of contentious teenagers are left to figure out what happened, all while trying to maintain a semblance of order amongst them. Needless to say, havoc ensues.

If what you miss most about Game of Thrones is the dark undertones and overarching themes of just exactly how far people will go to gain power, but you also like looking at attractive twentysomethings pretending to be teenagers, this is the show for you.

Where to watch: Netflix now!

Did you find the weekly trauma and gore of Game of Thrones to be just too much? Are you heart-weary and exhausted from ten years of watching characters you love die gruesome deaths? Do you need a mindless vacation from a show that requires you to remember 100 stupid names across seven fake kingdoms? Well, look no further than Paradise Hotel, the reality dating show we neither needed nor deserved.

While not billed as the same franchise, Paradise Hotel is the American version of the UK’s hit show Love Island which, as we’ve already established, is perfect. However instead of trying to decipher accents from Liverpool, you’re stuck with aggressively American characters like Bobby Ray, who refers to himself as a real-life Ken doll at least three times every episode.

Paradise Hotel is Novocaine for the brain. I turn it on after especially hard days at work and then time ceases to exist. The last two weeks of my life have been an endless sea of Kristin Cavallari trying to get these overly tanned mannequins to speak like actual humans on (sometimes) live TV. If you dive in now, you can still catch up to the three episode a week cadence and vote in real time with the audience. Drop everything you had planned and immerse yourself in the world of Paradise Hotel. You won’t be sorry.

Where to watch: Fox or Hulu now!

If you enjoyed the duplicitous scheming that ran rampant through Game of Thrones, let me introduce you to the wives of Monterey. Big Little Lies boasts a powerhouse of a cast, each playing the kind of woman that you love to hate but also low-key want to become.

Season one worked its way backwards through a mysterious death at a bougie PTA fundraiser in the small coastal town of Monterey, California, diving into the lives of each of our stars along the way. We now know for a scientific fact that God is a woman, because she gave us a show starring Reese Witherspoon, Nicole Kidman, Laura Dern, Zoe Kravitz, and now, in season two, MERYL STREEP.

Season two doesn’t air until June 9th, which gives you plenty of time to catch up on season one if you haven’t already.  If you’re unsure if this is something you’re ready to undertake, remember that Madeline Martha Mackenzie would figuratively but also maybe literally beat the sh*t out of you if you didn’t.

Where to watch: HBO June 9th

‘Game of Thrones: The Last Watch’

Let’s be real. You’re not ready to move on. Short of re-watching every single episode (definitely still an option), there’s no better way to dive back into Thrones than with a documentary literally about Thrones.

The Last Watch will give us a behind the scenes look at the making of season eight, and all the insane work that went into it. Say what you will about the writing, but there’s no disputing that the set designers, costume designers, crew members, and a bunch of other technical titles that I don’t know, deserve 1,000 Emmy’s and our undying respect. Perhaps the guy in charge or removing modern day beverages will get to tell his side of the story at last.

Game of Thrones: The Last Watch airs this Sunday, May 26th, which makes it the perfect hungover Memorial Weekend recovery doc. Considering I just teared up watching the trailer, I imagine it’ll make for an emotional viewing experience.

Where to watch: HBO May 26th