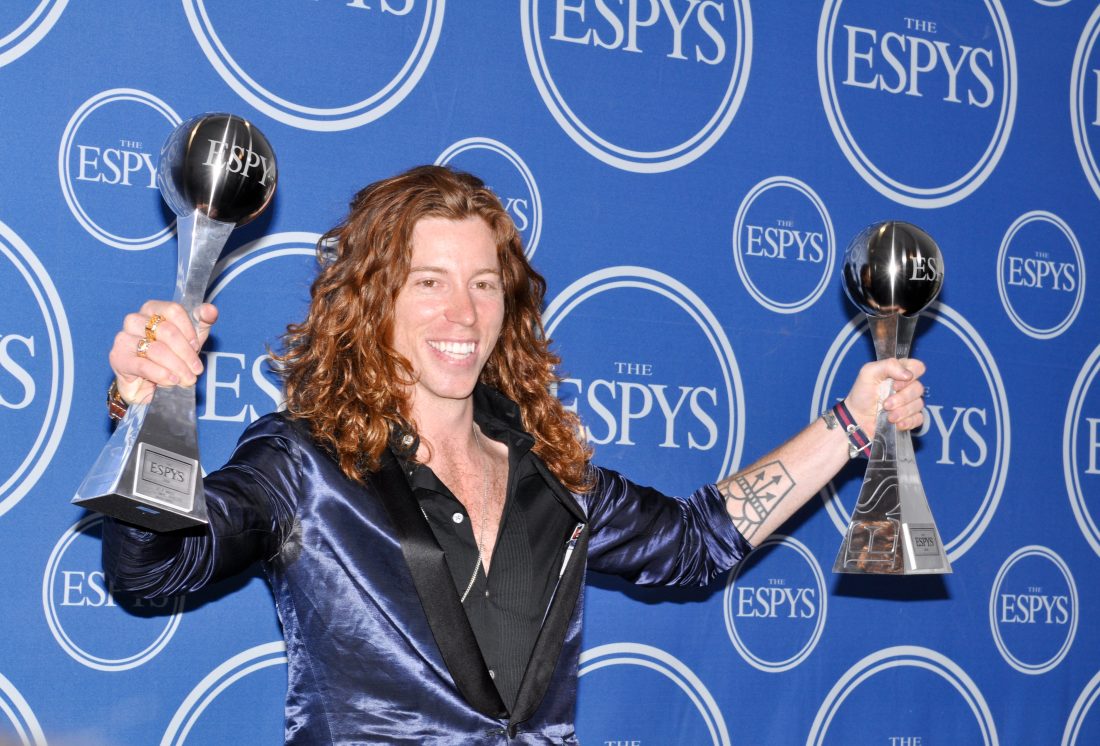 Turns Out Shaun White Is A Gold Medal Creep

Ugh, we have to talk about Shaun White. Not only does he look like every rich dude I went to high school with whose hobbies included shredding powder, sending unsolicited dick pics, and believing he was God’s gift to this Earth, Shaun White also apparently acts just like those dudes too. Shocking.

After winning his third gold medal at the Pyeongchang Games on Tuesday, many were ready to celebrate the “return of the king.” That is until White’s sexual harassment lawsuit was brought to light, to which many responded, “ew.”

Lena Zawaideh — the drummer of White’s band “Bad Things” — sued him in 2016 for years of sexual harassment and wrongful termination. Zawaideh alleged that White made sexually explicit comments directed at her, sent her pictures of engorged and enlarged penises, made her watch disturbing videos with extreme sexual content, one time shoved his hands down his pants and then shoved them in her face and made her smell them, groped her butt while leaving practice one day, and even demanded that she cut her hair. There’s a lot to unpack here. For starters, Shaun White was in a band because being a professional snowboarder apparently wasn’t douchey enough for him. Second, Shaun White, of all people, cannot tell anyone they need to cut their hair. His trademark look was literally “Raggedy Ann In Expensive Snow Gear” for years. GTFO here, man. And lastly, wow, ew, ew, ew, Shaun White is a nasty little prick.

According to the suit, the infuriating text exchange  took place the night before the band’s last show in their 2014 tour. In it, White demands that Zwaideh change her hair, saying it is “disappointing” when she does not agree to change her look for him. Considering how stupid Shaun White’s hair looked for years, this is particularly egregious. Zawaideh stopped hearing from White after that, and was later informed that she had been kicked out of the band without receiving her payments for 2014. So, it seems, Shaun White got all pissy that this woman claimed the rights to her own hair, and then kicked her out of his band. Cool, bro.

The suit has multiple disturbing stories, and claims White became increasingly hostile towards Zawaideh after he failed to win the gold metal at the 2014 Olympics. Because, you know, he’s a giant garbage baby and has to take out his anger about being a sore loser on a woman. Allegedly.

The lawsuit was settled in 2016, but is being talked about now in the wake of the #MeToo movement and White’s Olympic victory. NBC has promoted White as the golden boy of the 2018 games, deeming him “the best of the U.S.” NBC invested a lot in White this year, with his anticipated comeback after he failed to win the gold in 2014. It seems like a poor choice to pick the dude who has a public sexual harassment case to be your poster boy during a cultural movement that is working to take down sexual harassers, but okay. Read the room, NBC.

When White was initially asked about the allegations, he said some dumb shit in typical fuckboy fashion. A reporter asked him if he thought the allegations would “tarnish his legacy, to which White responded, “Honestly, I’m here to talk about the Olympics, not gossip. I am who I am, and I’m proud of who I am, and my friends love me and vouch for me, and I think that stands on its own.” Um…

Reporter: How do you think these serious sexual harassment allegations will affect you?

White eventually apologized for that statement, or at least apologized for calling the allegations gossip. “It was a poor choice of words to describe such a sensitive subject in the world today,” he said during an interview on the Today Show. He then upgraded his apology in a statement to the New York Times and said, “I regret my behavior of many years ago, and am sorry that I made anyone — particularly someone I considered a friend — uncomfortable.” He also claimed that he has since “grown and changed as a person, as we all grow and change, and am proud of who I am today.” Looks like somebody had a long meeting with their publicist.

Any dude who shoves his hands down his pants and then makes you smell them should be cancelled, imo. But I guess we say, “cancelled,” and NBC says, “best of the U.S.” Wake me up when we’ve all finally realized that Adam Rippon is the fucking best of the U.S./Galaxy.