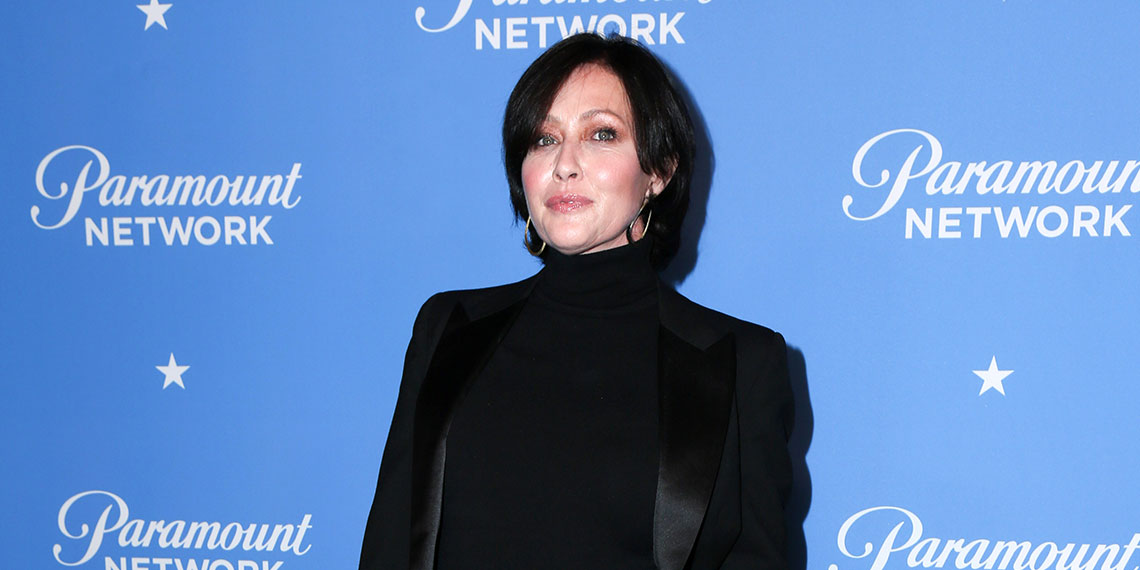 I was hopeful that February would be less of a nightmare than January, but it’s not off to a good start. On Tuesday morning, Shannen Doherty, the beloved star of Beverly Hills, 90210 and Charmed, announced that her cancer has returned, and this time it’s stage 4. In an interview with Good Morning America, she opened up about the diagnosis she received a year ago, and why she’s choosing to go public with it now.

Shannon publicly fought breast cancer from 2015 to 2017, before announcing she was in remission. While she was public about her cancer diagnosis the first time, she wanted to handle this time differently. In the interview with GMA, Shannen says that she didn’t want to share her diagnosis, and initially she never planned to. She kept quiet about it even while she was filming last year’s BH90210 reboot, only sharing her health struggles with Brian Austin Green. She says that being open with Brian helped her make it through the filming process, and also helped her to deal with her grief for her late costar Luke Perry.

While she wished to stay private this time, sadly her hand was forced because of a separate legal issue she’s dealing with. As if the cancer wasn’t hard enough, Doherty is locked in a legal battle with State Farm over damages to her home in the 2018 California wildfires. While she believes she is owed much more than what she received, State Farm claims that she “failed to take adequate steps to mitigate the damages claimed, if any.” They say that they’ve paid her over a million dollars already, but she’s sued them for additional damages. The case is now set to go to trial, and it was made clear that details of her health would soon be made public in court documents.

Regardless of the details in the legal case, it’s really f*cked up that Shannen Doherty didn’t have a choice to deal with this struggle in the private way that she wanted. I’m no legal expert, but I don’t see how a court case about her house is directly connected with her cancer diagnosis. While State Farm put out a statement saying they “empathize with Ms. Doherty’s health issues,” it seems like the actual empathetic thing to do would’ve been to figure out a solution that didn’t involve sharing her private information with the world.

In the GMA interview, Shannen makes it clear that the court documents are the only reason she’s speaking out now, saying “I want it to be real and authentic, and I want to control the narrative. I want people to know from me.” I’m glad she’s taking control of the story surrounding her health, though I wish this was a story we never ended up hearing. Stage 4 cancer is no joke, and if Shannen wants privacy during this time, she should have it. Shannen Doherty has a tough fight ahead of her, but hopefully she can keep her head up and make it through this.