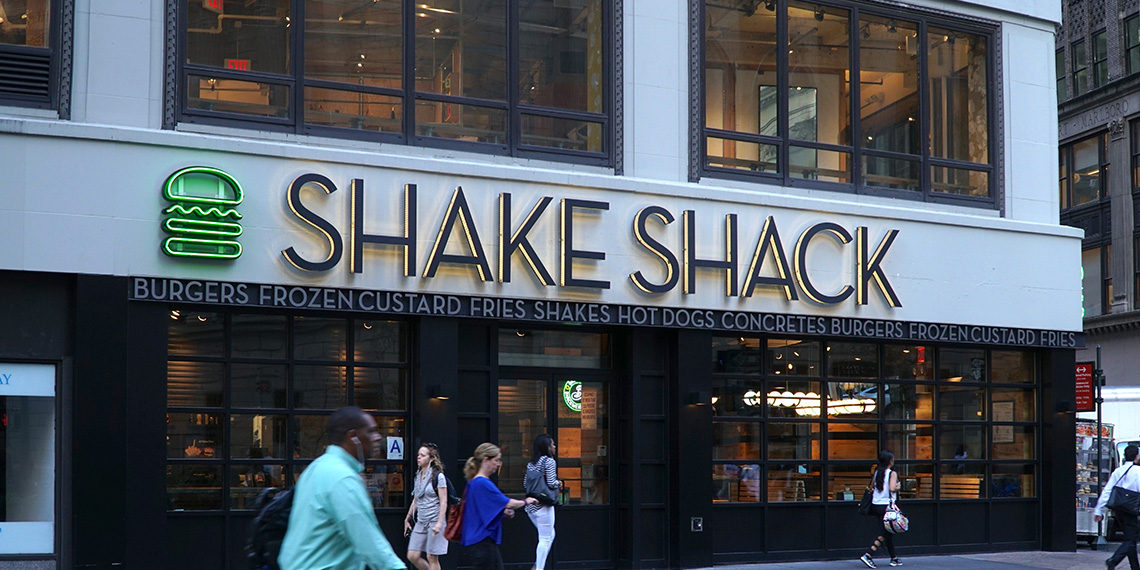 UPDATE: It didn’t take long to debunk the police unions’ theory that their officers were deliberately poisoned at a Shake Shack, but upon further inspection, it looks like they weren’t even accidentally poisoned. The New York Post did some digging into the actual circumstances of that fateful night at Shake Shack, and the initial reports definitely don’t add up.

According to “police sources,” the Post says that the officers’ “order wasn’t done in person,” and was already packaged and waiting when they arrived to pick it up. That means that the employees at the restaurant didn’t even know cops placed the order, and there’s no chance they could’ve added something to the drinks. Interesting. But upon getting the shakes, the officers decided something “didn’t taste or smell right,” so they threw them away, told the Shake Shack staff, and were given vouchers for free food.

So everything was completely fine, until the officers told their sergeant, who flipped the f*ck out. He sent the officers to the hospital, despite the fact that they reportedly had no symptoms, and called the Emergency Service Unit to set up a crime scene at the Shake Shack. Here’s a photo of the crime scene being set up, taken nearly two hours after the officers first got their shakes:

This story on how the NYPD leadership just invented the antifa-Shack Shack terror milkshake story out of thin air is a legit scandal that should result in firings, and also comes with a hilarious photo of the forensics team securing the crime scene https://t.co/OkxeTldbHz pic.twitter.com/mhoqFYbGLS

And while this whole crime scene nonsense was going on, the police unions were busy spreading paranoia with emergency warnings blasted out to their thousands of members. One such email from a police lieutenant declared that six officers “started throwing up after drinking beverages” from the Shake Shack, which is 100% untrue. In the wake of the new information, two members of the NYC City Council have called for a probe into the “inflammatory behavior” exhibited by the police unions.

Original Article: As we get further int0 2020, all of these plot twists are really just starting to get ridiculous. In a year full of unpredictable developments, we’ve seen the worst pandemic in a century, murder hornets, murder mosquitoes, and now… police officers drinking bleach at Shake Shack? That last part literally sounds fake, but let me back up for a minute and explain.

Let’s just say police departments have been under a lot of scrutiny in recent weeks, with activists calling for an end to traditional policing in response to countless instances of police brutality, especially against Black people. So a lot of people aren’t exactly fans of cops right now, but on Monday things appeared to escalate in New York City. On Monday night, the Detectives’ Endowment Association, the union for NYPD Detectives, tweeted an “URGENT SAFETY MESSAGE” warning that three officers were “intentionally poisoned” by employees at a Shake Shack in New York’s Financial District.

The warning was sent out to multiple police unions, with the clear message that officers’ lives were at risk. In a statement to members posted to social media, Patrick Lynch, the President of PBA (the largest police union in New York City) wrote that while eating at Shake Shack, the officers “discovered that a toxic substance, believed to be bleach, had been placed in their beverages.” He stated that the officers were currently being treated at a hospital, and urged members of the union to “carefully inspect any prepared food item,” and to “remain vigilant for the duration of the meal period.”

Lynch closed the statement by declaring that “when New York City police officers cannot even take a meal without coming under attack, it is clear that environment in which we work has deteriorated to a critical level.”

Okay, perhaps a bit dramatic, but I think most of us can agree that however problematic the police may be, poisoning officers isn’t the correct course of action. Remember, the call is to defund the police, not poison the police. Shortly after the incident was reported, Shake Shack tweeted that they were “horrified” by the reports, and were cooperating with the police on their investigation into what happened.

But fast forward 12 hours, and the whole debacle ended up being a false alarm. On Tuesday morning, NYPD Chief of Detectives Rodney Harrison shared a major update in the case, confirming on Twitter that there was “no criminality” by the Shake Shack employees.

After a thorough investigation by the NYPD’s Manhattan South investigators, it has been determined that there was no criminality by shake shack’s employees.

Any “thorough investigation” that can be conducted in one night probably can’t be all that complicated, and it turned out this situation had a pretty logical (and innocent) explanation. According to CNN, the NYPD investigation suggested that “a cleaning solution used to clean the milkshake machines wasn’t fully cleared and may have gotten into the officers’ drinks.” Meaning, it was an accident and not an intentional poisoning.

In this era of dangerous ~fake news~, it’s more than a little concerning that a DETECTIVE’S UNION isn’t verifying its claims before blasting them out on Twitter. While this doesn’t exactly make me want to go running to Shake Shack any time soon, this is far less serious than the police unions initially made it out to be. But despite the poisoning not actually happening, the Detective’s union still cautioned that members should “stay vigilant.”

And based on a video that went viral on Wednesday, it seems like cops still believe being poisoned is a very real threat. In the video, a police officer named Stacey gets emotional as she tells a story of her breakfast at McDonald’s being late. Yes, really. She says that she ordered coffee and a McMuffin, but when the sandwich was delayed, she decided to leave without it. She doesn’t mention the Shake Shack incident directly, but she says that she’s currently “too nervous to take a meal from McDonald’s, because I can’t see it being made.”

Stacey who has been a cop for 15 yrs went to @McDonalds She paid for it in advance and this is how she gets treated for being a cop😢😡 Come on America. We are better than this. pic.twitter.com/IcudsNfVLY

Is Stacey the new Karen? Perhaps. I’ll call her Officer Karen. She begs people watching the video to “give us a break”, saying that she’s “never had such anxiety” about ordering food. Guess she missed the memo about Shake Shack? Maybe these officers have spent their weekend watching The Help as their anti-racism education since they think people are trying to put sh*t in their food.