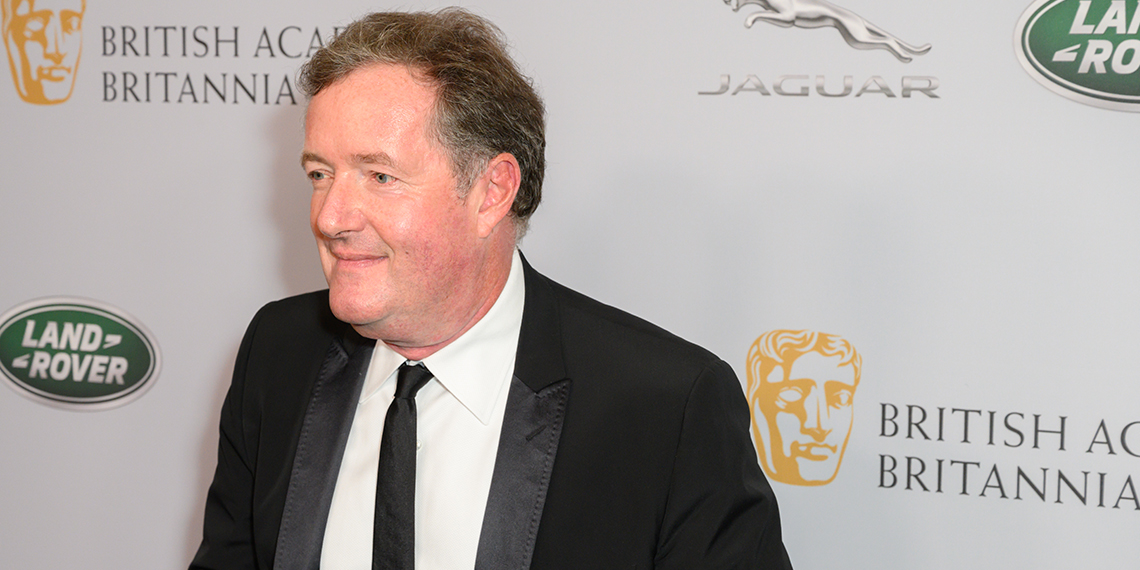 In a man-child temper tantrum that rivals that of Donald Trump’s exit from the White House, television personality and part-time night paralysis demon Piers Morgan has left his role at Good Morning Britain, stomping his little cloven hooves on his way out the door.

You may know Morgan from his major hits, “please welcome my guest, formerly a man,” “f*** Madonna and her publicist,” and “hey Ari, put some clothes on,” or simply from his reaction tweets every time a Kardashian does anything. Piers Morgan has made a career out of misogyny, and not even the imaginative type, because his sexist drivel follows such a predictable formula that even I, who failed Algebra For Liberal Arts Students 101, could predict it. Woman exists or does something slightly provocative. Piers Morgan tweets the worst possible take, despite the fact that nobody asked. Backlash ensues. He doubles down. Faces no consequences. Rinse and repeat.

Following Oprah’s explosive interview with Prince Harry and Meghan Markle, Piers tried to do the same thing. He sat at his morning show desk and ripped it to shreds—or at least, that’s what he thought he was doing. Piers dismissed Meghan’s confessions of suicidal ideations and experiences of racism within the royal family. “I don’t believe a word she says, Meghan Markle. I wouldn’t believe her if she read me a weather report,” said Piers.

In response to the on-air comments, the show’s network received more than 41,000 complaints, one of which came from the Duchess herself. Alex Beresford, Piers’ co-host, urged him to take a step back, saying “I understand you don’t like Meghan Markle. You made it so clear a number of times on this program. And I understand that you have a personal relationship with Meghan Markle, or had one, and she cut you off. She’s entitled to cut you off if she wants to.”

I guess they didn’t cover that in the Growing Boy’s Guide To Dominating Women. If you’ve ever poked the sleeping bear that is a man’s ego, then you’re familiar with what happens next. Piers stormed off with a cute, “I’m done with this,” and likely pulled from the bag of expletives usually levied at women who reject insecure men.

Why is the Duchess such a tender spot for Piers “Pick Me” Morgan? The two first connected via Twitter in 2015; one follow-back probably had Piers repeatedly watching Meghan’s Tostitos ad in incognito mode. They exchanged friendly DMs and met at a pub for drinks in 2016, cut short by a call from her best friend in need of a ride (kidding). In reality, the future Duchess was just being friendly to a major media personality. To Piers’ dismay, what he likely saw as a first date was really just the pregame. Meghan accepted the free drinks and jumped in a cab to the party where she would meet her Prince. Piers’ villain origin story begins here with, “that was the last I ever heard from Meghan Markle.”

Fortunately, Piers could not go on one business meeting without catching feelings, otherwise he just might have been one of Hollywood’s top predators, instead of the sexist mosquito we see before us today. I’m going to guess Piers thought he was solid competition for the Prince. The warped self-perception of “pick me” men is astoundingly resilient. Anyone who’s shot down a Hinge match in their lifetime may have encountered a ghost of Piers Morgan, a walking cliché of a bruised ego.

Piers claimed to have been ghosted by the new Duchess, making his years-long hatred-tour the royal equivalent to the “you’re fat anyway” comments you get when you shoot down a guy who DM’d you in the first place.  Just six months after the royal wedding, Piers published a column in the Daily Mail not at all bitterly titled, “Meghan Markle Is a Ruthless Social Climbing Actress Who Has Landed the Role of Her Life and is Determined to Milk It for All She Can – and That’s Why the Palace is Beginning to Turn on Her.”

To think I’ve pulled in troops for the “is this too much?” text review. If we want to talk about the audacity of fragile men, imagine Piers Morgan submitting that headline and sitting back in his big boy chair with pride. In his defense, he did workshop a few variations…

Whatever friendship the two did share did not survive Piers’ perceived rejection, as “friendships” where one party is just holding out until the other party deigns to f*ck them rarely do. He went on to conduct multiple interviews with the Duchess’ estranged father and continued his hate campaign in the media, garnering no response from Meghan. Piers continuously changed his story; first the two were friends for a short time, then a year and a half, then two years. Here we see Piers taking a tip from Guilt-Tripping Women For Sport, where first date drinks suddenly become “weeks of wasted time” when she decides she’s going home alone.

Some aspects of this royal dissolution are above our heads. Those of us playing credit card roulette on Metro card purchases or brunch outings may not be totally clear on The Firm, The Institution, or why Meghan couldn’t hold onto her own passport. The Piers piece of the story, however, is all too clear for us. Hell hath no fury like a man’s fragile ego bruised.

Now that Piers Morgan has left Good Morning Britain and sullied his already soiled name, it’s hard to know what the professional reply guy will do next. Leer at women on the street? Hang out the passenger side of his best friend’s ride? I can see him living out the rest of his days shouting into the void about how he “totally almost banged Meghan Markle”. We’ll be like, sure Piers, whatever you say. You know that’s not a podcast mic, it’s an empty can of Goya chickpeas taped to a popsicle stick.