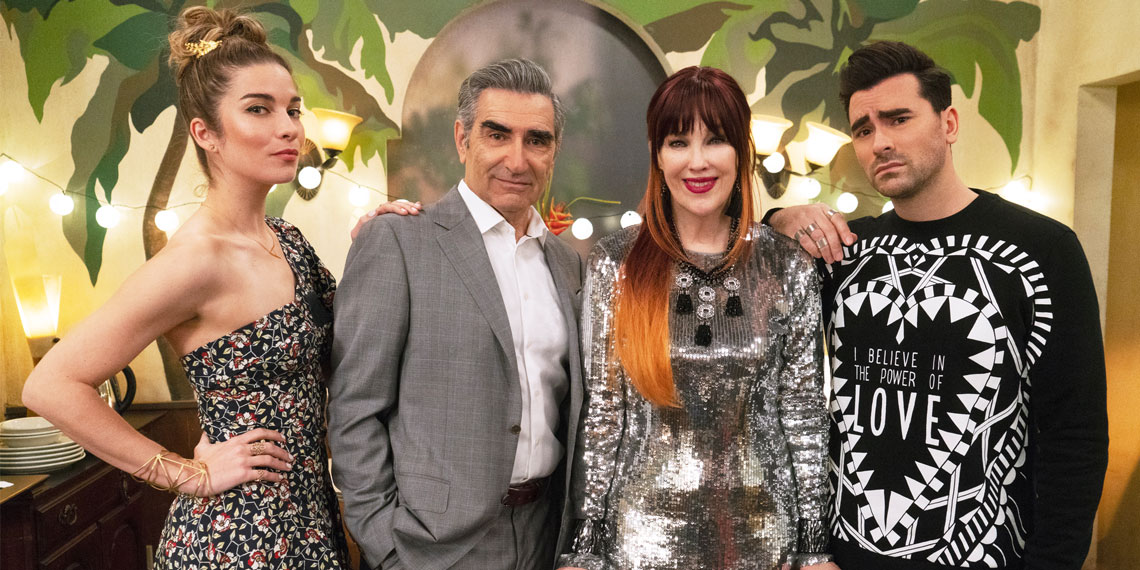 Schitt’s Creek Is Returning For A 6th Season, But There’s A Huge Catch

So Schitt’s Creek is ending because the universe is out to get me. I know that sounds incredibly self-absorbed, but what makes it even worse is the only people that are more self-absorbed than me are no longer going to be gracing our televisions after their next season. The Schitt’s Creek cast announced on Instagram earlier this week that they are filming the sixth season, which will be their last. It was truly such a bait-and-switch post. It started all happy, announcing how “excited” the cast is that the show is coming back for a sixth season, only to let me down by saying the sixth season will be the last one. It would be like if your college acceptance letter opened up with, “Congratulations! We are pleased to inform you we’ve selected our Class of 2023, and you will not be a member.”

Here’s the announcement, in case you want to experience the agony yourself.

To Our Dear Fans…

Over the past five years, we’ve seen the Roses create a home for themselves in a run-down little town called Schitt’s Creek. I’m honestly dreading this show ending more than I’m dreading the comment section correcting me about what moments I forgot (I’m sorry in advance, okay?!?!?!). Let’s take a trip down memory lane to celebrate one of the best shows of the 2010s, which for once will not be hijacked by Alexis one-upping everyone.

Let’s be real—David and Moira’s relationship makes Dina and Lindsay Lohan look like a family out of a Pottery Barn catalogue. It is the perfect and totally-not-creepy embodiment of the Oedipus complex, and I am here for it. Obviously though, David is not here for it, and that makes it even better. What I love most about this performance is that they don’t even have a name for it—David just calls it “The Number,” because why bother trying to describe something this epic? There’s nothing like a remix of a holiday banger and an informative presentation about the dangers of asbestos to breathe life back into the tired mash-up trend in the most ridiculous way possible. Eat your heart out, Girltalk! I loved everything about this, except for David’s hair that made him look like the night shift manager at Spencer’s Gifts. I did not love that. As someone who has given armchair diagnoses to all of my ex-boyfriends (that I swear are totally spot on), there’s just so much to parse out with “The Number.” The only flaw in this scene is that they didn’t show the children’s choir Kylie Minogue medley that preceded “The Number.” I’m pissed.

Two Truths And A Lie

Two Truths and a Lie is a game I always insisted on playing at slumber parties, because I wanted my entire grade to find out that I got high over summer vacation (even though it was only from sniffing Sharpies at arts and crafts camp). Yes, that actually happened, and yes, it totally counts. Two truths and a lie was the least subtle way to one-up everyone and humble brag about the *wild* things we did when we were teenagers, so it was pretty hilarious to see adults make a pathetic attempt to bond with their own flesh and blood by playing this kind of game. David obviously played it ironically and sarcastically, because I don’t think he does anything without a hint of irony or sarcasm until, like, season three. “Um, I’m miserable, drunk, and hate this game,” he laments. “And sadly, I’m not drunk.” David, rule number one of Two Truths and a Lie is that you have to play it while intoxicated. But Alexis’ enthusiasm for the game could not be contained and she said wayyyy to smugly, “My eyes are brown, I’m basically sample size, and one time I escaped from a Thai drug lord’s truck by bribing him with sex.” I love her.

Moment of seriousness here: I actually started watching Schitt’s Creek during a very dark time in my life last year. But I’ll save the dirty deets for my shrink, or whatever stranger at a bar I end up drunkenly oversharing with. Moira and Johnny crashed the barn party at Mutt’s after bitching out their so-called “friends” for writing them off once they lost all their money, and they decided to have a sweet family moment for once with their kids. Even if that meant showing up to a party for twenty- and thirtysomethings totally uninvited. Alexis and David were a little embarrassed at first, but then the family had a rare sweet moment and danced to “Precious Love” by James Morrison. I’m usually emotionally vacant, but this scene hit me hard, and I cry whenever I watch it. It was nice to see that even the most self absorbed, shallow, and emotionally unavailable family was able to show love and compassion and acceptance. And if you dig deep enough, that’s what this show is really all about. Okay, that’s enough sentimentality and empathy for me today. Any more than that and it compromises my bad girl image. We now return to your regularly scheduled programming of me being a narcissistic, emotionally stunted, heartless bitch.

The Roses Getting David From Amish Country

Everyone who has ever lost their drunk friend on a night out or wriggled free from the child leash their parents kept them on knows that the first place you try to find the degenerate is the last place you would think to find them. (Or is that just me?) The absolute last place you would actually find David would be him participating in Habitat for Humanity or living in a hippie commune, but Amish country is pretty close. It’s just off-brand enough to make his escape seem dramatic, but obvious enough that his family would still find him. The scene where they’re all screaming “David!” is gold, especially when Alexis is yelling all the dirty deets about how she finally hooked up with Mutt. And what was even more amazing was that the Amish family could not get rid of David fast enough. The Roses had the best reaction to getting David back, and I really need Moira to start her own mommy blog.

Obviously, Jocelyn made a huge mistake by asking David to host her baby shower. Like, who really thinks that is a good idea? So I’ve never even been to a baby shower because I’ve never had a friend get pregnant (intentionally), so I have no idea what they actually do there. But David seemed to (barely) hold his own. The best part had to be when one of the games they played was “Sleepy Mommy.” It was kind of derivative of the game I played during my time abroad in Europe where we would host potlucks but instead of food, we brought whatever was in our medicine cabinets. Still, props to David for carrying on the tradition. Honestly, this is my idea of March Madness, and it’s also a way classier version of beer pong.

I have never wanted to watch a TV show as much as I want to watch A Little Bit Alexis. Luckily, we at least get the theme song. This song is everything I never knew I needed and SO MUCH MORE. Absolute nothing can ruin this masterpiece for me. I’m totally torn here because I could either write a dissertation on this song, but at the same time, words can’t encompass its genius, so I’ll just let Alexis’ audition speak for itself.