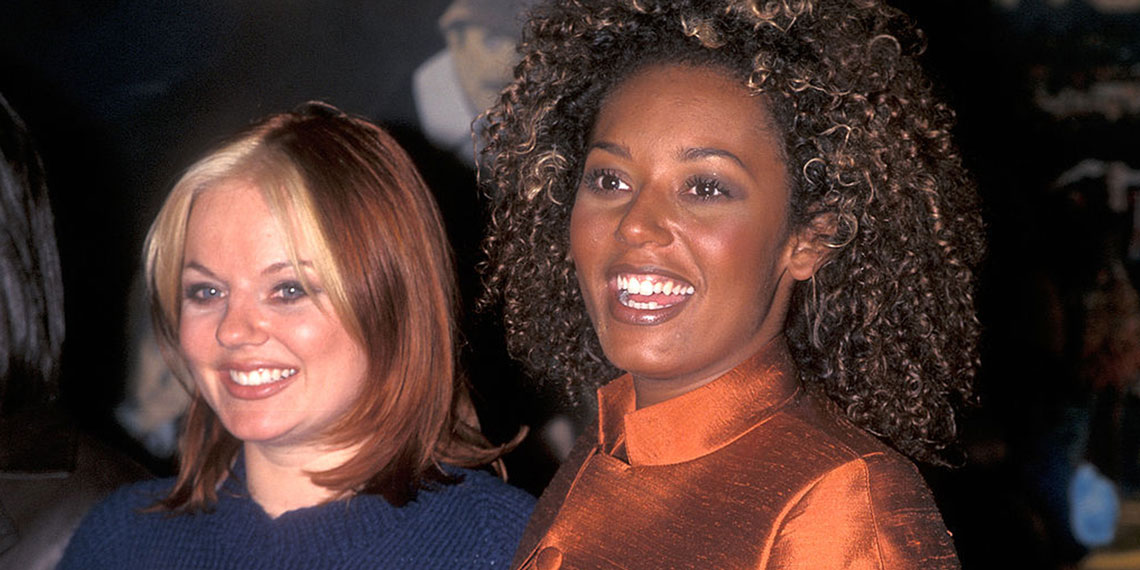 Scary & Ginger Spice Hooked Up, Plus 5 Other Celeb Hookups You Forgot About

For the past few years, we’ve been in a major wave of ’90s nostalgia. Your favorite TV shows, clothing brands, and recording artists are back in business, and the Spice Girls are no exception. They’ll be heading out on a short reunion tour this summer (without Victoria Beckham), which means they’re all back in the press. Most interviews are pretty boring, but last Friday, Mel B (aka Scary Spice) revealed in an interview that she once hooked up with Geri Halliwell (aka Ginger Spice). You guys. As much as I hate to use the word shook, I. AM. SHOOK.

Let’s be real—it’s not that crazy that two hot ladies who were spending all their time together happened to hook up once. Girl power! But I’m more surprised that Mel B is telling the world about it all these years later. She told Piers Morgan in the interview, “She is going to hate me for this because she is all posh in a country house but it wasn’t ‘a thing.’ It just happened, we just giggled at it and that was it. We were best friends. It just happened.”

I would normally say that I have a lot of questions, but really I just want to know absolutely everything about this. Mainly, did Mel really share this information without checking with Geri? Because that would seem a little uncool, but who knows. Are these two the only Spice Girls hookup, or were there others? Has Victoria Beckham dipped in the lady pond? I’m losing my mind over here. What other random celebrity hookups don’t we know about?

Happy birthday @officialmelb ! This was taken just before we had any success ,when Mel lived with @melaniecmusic across the road from my mums house. #funtimes ?

In honor of this earth-shattering news, let’s take a look at some other random celebrity hookups you most likely forgot about, if you ever were aware that they had happened in the first place.

Ginger Spice isn’t Mel B’s only intriguing celeb hookup story. Many sources have confirmed that she hooked up with Zac Efron back in 2017 after splitting up with her husband. Apparently, they “met on an exclusive dating app” (aka Raya), and “he ended up driving over to her pad. They hit it off and spent a few enjoyable hours together.” Lol at the wording of “a few enjoyable hours,” but this sounds like a pretty run-of-the-mill app hookup. Stars, they’re just like us!

This one really threw me for a loop. Matthew McConaughey and Janet Jackson just don’t even feel like they’re from the same planet, but they briefly dated in 2002. Matthew denied it at the time, but Janet finally confirmed it in 2006. She said “it was just for a minute,” but it still happened. My mind is truly blown.

This must have been interesting when Nicole showed up to film Big Little Lies with Lenny’s daughter Zoë Kravitz. Nicole Kidman talked about her relationship with Lenny in 2017 when the show was premiering, saying that they were actually engaged briefly in 2o03. This wasn’t a secret at the time, but it’s easy to forget among her other high-profile relationships.

This pairing is the ultimate example of BDE (and random celebrity hookups). Before Ashton officially got with Mila Kunis (he has amazing taste), he and Rihanna dated for eight weeks in 2012. We forget these things so quickly. They were obviously never that serious, but at the time there were even reports that Rihanna wanted to study Kabbalah for Ashton. This is so 2012, I can’t. Realistically, I don’t think Ashton could handle Rihanna.

The Kardashians have many famous men in their hookup graveyard, but I’ll limit myself to just one for today. (That topic will be another article for another time.) Right after breaking up with Ray J (RIP to the greatest love of our generation), Kim had a brief relationship with Nick Cannon. This was shortly before he got with Mariah Carey, and he apparently broke it off when Kim’s sex tape was released. Wow, that’s sh*tty. You guys, I really miss 2006.

I hope you enjoyed that brief trip down memory lane. What other random celebrity hookups deserve to be investigated? Comment below!