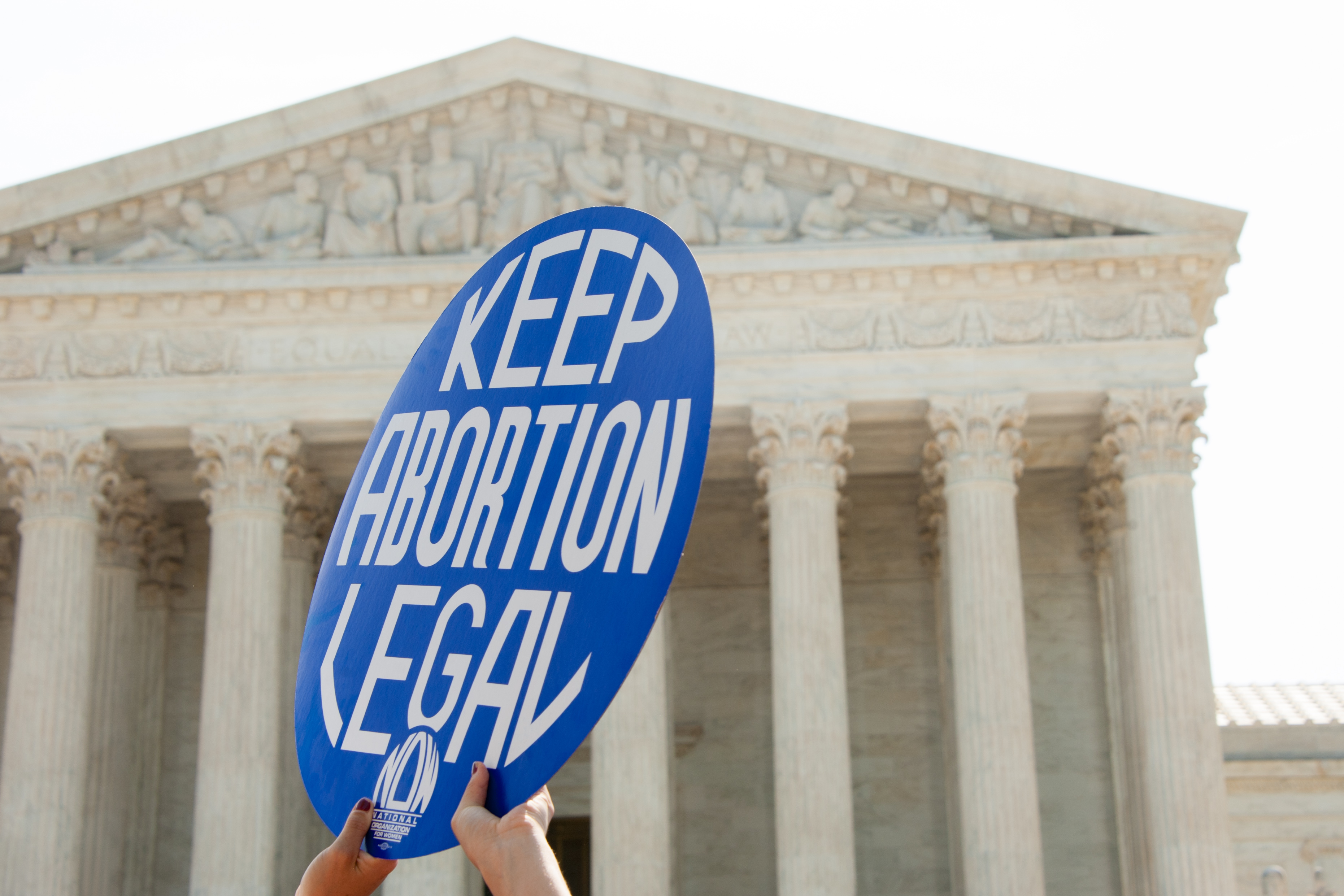 How To Save Roe V. Wade Because You Know Ivanka Won’t

With our most patriotic day of the year behind us, it is up to you to save our Democracy. Trump wants to royally fuck us over and put a terrible justice on the Supreme Court that will probably take away fun holidays where you get to look cute and eat good food like Fourth of July. Ideally we’d just be able to veg out by the pool all day but if we don’t get off our butts now we’re going to be living in The Handmaid’s Tale in approx like 4 years. There aren’t pools in Gilead, gals!

There’s really only two things we need to do. Then we can get back to kirakira-ing our hotdogs or whatever.

While Trump wants to royally fuck us over, like I mentioned, he isn’t actually a king and can’t just appoint whoever he wants to the court. His nominee has to be voted on, but with a Republican Senate that shouldn’t be too hard. All Democrats need is two votes from Republican senators against whoever Trump nominates. So how do we get those?

Call your senators like it’s 2003 and they might play your favorite song on the radio. Call them constantly and obsessively. It doesn’t matter if your Senator is a Republican or Democrat, just call them so they understand the urgency of this decision. Demand that they publicly denounce any extreme nominee of Trump’s that would put the rights of women, gays, and minorities in extreme jeopardy.  In particular, if you live in Maine or Alaska, Senators Collins and Murkowski are two Republican pro-choice women who might vote with the Dems if the nominee is openly anti-Roe. Additionally, we need to keep the pressure up on red-state Democrats up for reelection who might vote to confirm Trump’s nominee because it makes them seem bipartisan and shit. Those Senators are: Joe Donnelly of Indiana, Heidi Heitkamp of North Dacota, and Joe Manchin of West Virginia. If you live in those states, call your Senators like they’re a fuckboy who hasn’t responded to your text in 30 seconds.

How do you know if Trump’s nominee will be extreme? The loser put out a short list of potential nominees and it’s like a fraternity of far right psychopaths.

And, as always, you can text ‘RESIST’ to 504-09 and Resistbot will walk you through the process of texting your Senator, and we know you know how to text.

Currently Democrats have 49 seats in the Senate and just need two more to gain a majority.  Once they have the majority, they can block Trump’s extreme nominees much more easily. The midterms are this November we have five opportunities to turn the Senate blue.

We only need two out of these five to happen, in addition to holding the seats we already have. That being said, we can be greedy and take them all! If you live in any of the states listed above, look for ways to get involved in those campaigns. For the coastal elite with time on their hands, sign up through The Indivisible Project to help phone bank for those elections and receive more updates on how to save SCOTUS.

If Roe V. Wade is overturned, it’ll be up to your state and local officials to protect a woman’s right to choose. That’s why it’s important to check in with your local officials and see where they stand on abortion rights. If you have a Republican Governor who refuses to protect abortion rights, time to break up with him (or her – but let’s be real, it’s probably him) ASAP.

Electing local Democrats is as important as electing them nationally when it comes to civil rights, so fire up the old Google and see where your local officials stand, then let them know how you feel about it.

So this holiday weekend, take five minutes out of hate stalking your ex who somehow is on a boat and do the following: use two of those minutes to call your Senator using the scripts at the bottom of this page and the other three signing you and two people sitting closest to you at the BBQ up for the phone bank. Only then are you allowed to take a sparklers selfie.