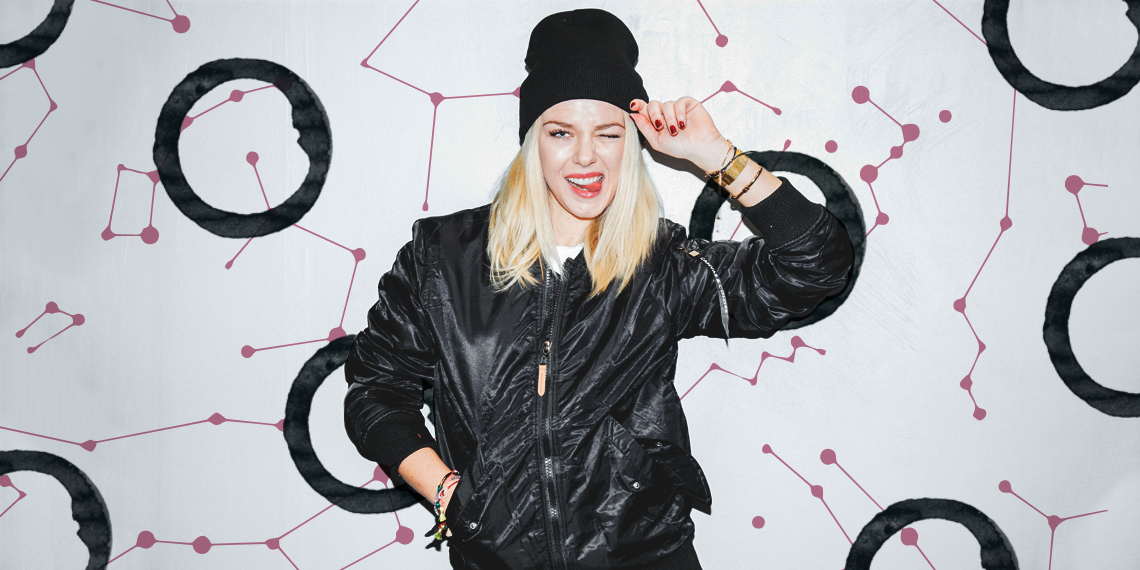 Saturn Is Ready To F*ck Sh*t Up: Weekly Horoscopes Sept 16-20

Me: Amazing news! Saturn is out of retrograde this week!
You: …what does that even mean?

You may not have realized this, but Saturn has been retrograde since April and, much like when Mercury is retrograde, it is absolutely the reason for all of your life’s problems. In astrology, Saturn is known as the disciplinarian. It’s the “get sh*t done” planet. So when Saturn falls into retrograde, it can be kinda hard to find the motivation to do literally anything. Couple that with summer Fridays, record heat, and happy hour margs, and it’s no wonder you didn’t do jack sh*t this summer. But all that is about to end because Saturn is out of retrograde and, frankly, horrified at what we’ve all been up to in her absence. Sorry girl!!!

Pop the prosecco and make out with a stranger, Aries, because you’re ringing in the new year three months early! This is the perfect week to sit down and think about the year ahead, because you’re feeling clear-headed and goal-oriented. What is 2020 Aries like? Is she thriving? Clear-skinned? Rid of all the f*ckboys in her life? Get started on your 2020 vision now. The rest of the world will catch up when they inevitably go Keto for January.

Get to f*cking class, Taurus! Whether you’re still in school or not, you’re in the mood to learn something new. Expand your horizons by signing up for a class, doubling down in a class you’re already in, picking up a new book, or going down a seven-hour Wikipedia rabbit hole. Pick something you’re interested in and explore. Just try not to turn into one of those people who can’t stop talking about conspiracy theories at brunch.

It’s been an emotional summer, Gemini, but thank God that’s over. There are only so many times you can burst into tears at the same bar before they stop serving you. Now it’s time to stop wallowing and get back out there! Let go of whatever was stressing you this summer *cough* Jason *cough* and watch how easy it was to forge it. Just like Taylor Swift forgot Calvin Harris.

Amazing news: Saturn is out of retrograde and so are your relationships. While the summer might have brought stress in a key relationship in your life (think best friends, significant others, favorite baristas), this week you have the chance to get it back on track. Saturn is the planet of commitment, so now is the perfect time to actually say “I love you” to someone important. But don’t say “I love you” to your barista. That would be weird.

Your self-care regimen has been lacking, Leo, and for a millennial in 2019, that’s a serious crime. This week, take time to up the self-care game in whatever area you need it most. Have you been neglecting your roots? Do a hair mask. Failing to stay hydrated? Treat yourself to a Hydroflask. Suffering from low self-esteem? Listen to Lizzo. It’s literally that easy.

Fire up the ol’ Pinterest board, Virgo, because you’re feeling creative as f*ck! Saturn getting out of retrograde has taken your creative abilities from Nailed It! to Great British Bake Off, and now all you need is a place to channel that energy. Pick out a fun creative project for the week, and I promise you the result will earn a handshake from Paul Hollywood.

There’s no place like home, Libra, and it’s time to revamp your humble abode. How can you make your space more comfortable? Whether it be by rearranging some furniture or investing in some new sheets, there’s probably somewhere at home that you could step up your game. Might I suggest framing the Audrey Hepburn poster you’ve had since college? Just a thought…

True fact: there are a lot of stupid people in this world. Also true fact: you don’t have to personally call out every single one of them. This summer you’ve had a zero tolerance policy for bullsh*t, Scorpio, but this week is an opportunity to ease up on the judgement. Do you really hate Meghan because she spells her name with an h and uses the wrong form of “there,” or does Meghan spell her name with an h and use the wrong form of “there” because you hate her? Answer these questions, oh judgey one, and you shall find inner peace.

The Universe is officially giving you permission to spend money, Sagittarius, and I assume I don’t have to tell you twice to take it. You’ve been financially responsible all summer, this week it’s time to put some of that toward an investment—and no, going ham at Sephora does not count as an investment. Look into making a real investment by buying something that serves as an investment in yourself (think gym membership) or by making a purchase on the actual stock market. Wolf of Wall Street, here you come!

Your hard work is finally paying off, thank God. Now it’s time to avoid burnout. We know you’re ready to take over the world, but the world isn’t ready for you quite yet, so it’s time for baby steps. Instead of trying to accomplish an entire lifetime’s worth of tasks in one week, pick like, five manageable things and focus there. Sorry, but being Beyoncé by Sunday just isn’t feasible.

Boundaries, Aquarius, have you heard of ‘em? This summer you may have let someone (or several people) run amok of your boundaries, but that sh*t stops today. Just because you’re on your phone every second, doesn’t mean you have to be constantly available to everyone in your life. Set clear limits with your friends, family, and coworkers now so you don’t lose your sh*t and go all Gone Girl on them.

What have you been smoking, Pisces? Saturn retrograde has had you operating on “just ate an edible” brain all summer, but it looks like you’ve finally slept it off. Now it’s time to get your squad in order so you have everything you need to succeed. Gather your “very best people”, as the President would say, and form a plan to take over the world ASAP.