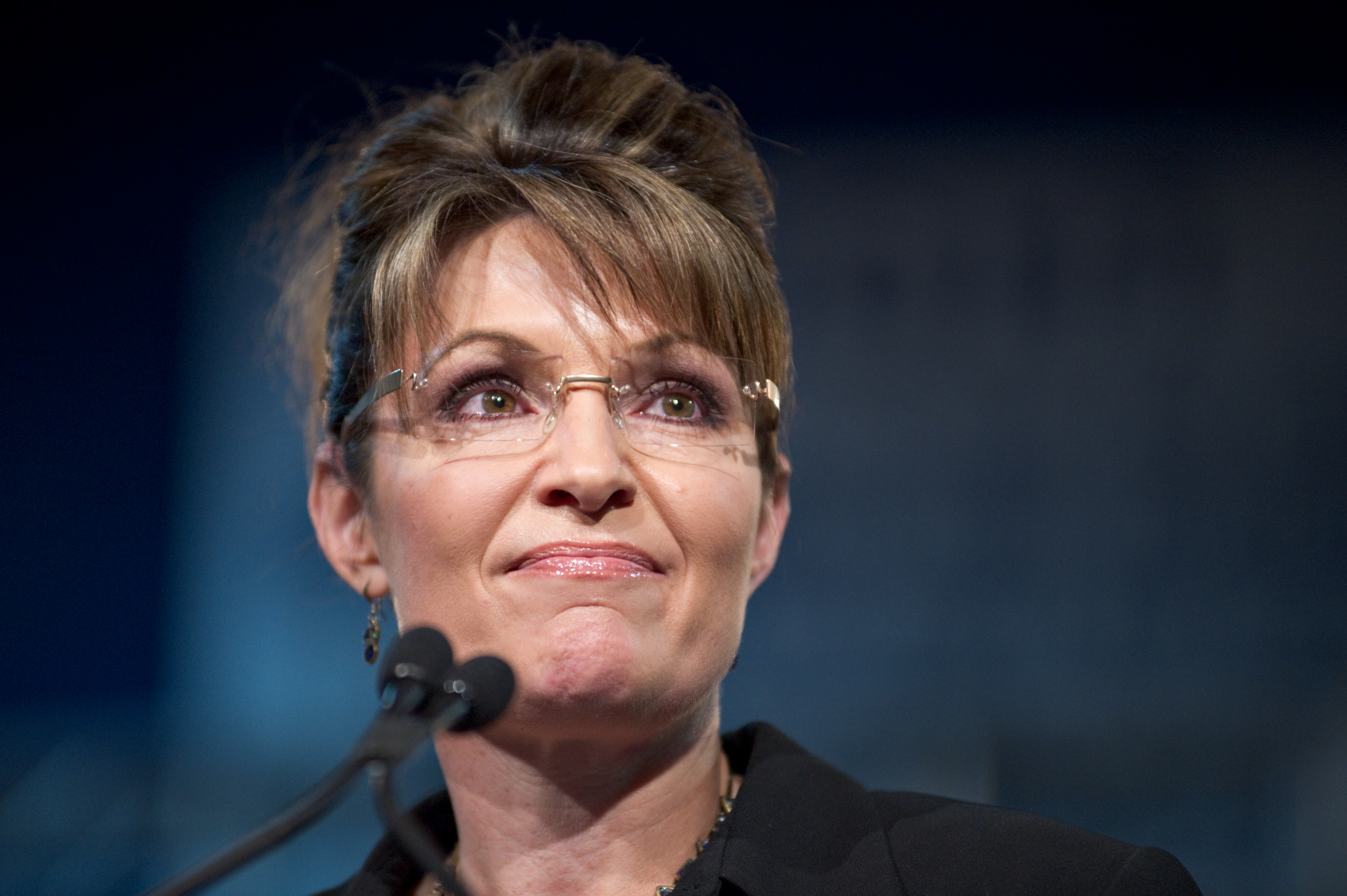 You’d think after Tina Fey helped her be the funniest woman of 2008 that Sarah Palin would be used to taking a joke. After comedian Sacha Baron Cohen used her for his new Showtime series, “Who is America,” set to premiere July 15th at midnight, Palin is one unhappy Alaskan. When Cohen prank-interviewed her disguised as a veteran, Palin took to Facebook and wrote, “Yup – we were duped. Ya got me, Sacha. Feel better now? I join a long list of American public personalities who have fallen victim to the evil, exploitive, sick ‘humor’ of the British ‘comedian’ Sacha Baron Cohen, enabled and sponsored by CBS/Showtime.” Ok, Sarah, just because you don’t think a comedian’s joke is funny doesn’t mean you have to put quotation marks around the word comedian. It’s not like I’m calling Trump the “president.” Ok, maybe I am…

Palin’s distaste for the way Cohen and Showtime handled her and her daughter’s interview continued as she described sitting through “a long ‘interview’ full of Hollywoodism’s disrespect and sarcasm – but finally had enough and literally, physically removed my mic and walked out, much to Cohen’s chagrin.” Damn, what is a Hollywoodism? Also, did Sarah Palin just try to beat Obama’s mic drop? You can’t do that with body mics, Sarah!

Palin reported that the production company purposefully dropped her and her daughter off at the wrong D.C. airport so that they would miss their flight back to Alaska, which would be pretty petty for a major television network. To compensate for her humiliation and inconvenience, Palin suggested that the proceeds of the show be donated to “a charitable group that actually respects and supports American Vets.”

While most of the details about the show’s concept are still under wraps, Cohen tweeted two teasers for the series on Twitter, one of which features former Vice President Dick Cheney being asked to sign a waterboarding kit. Cheney, who told “Meet the Press” in 2014 that waterboarding was “not torture,” agrees to sign the kit and says, “That’s a first. That’s the first time I’ve signed a waterboard.” So. Looks like it’s pretty safe to say this show will be amazing.

Palin ended her Facebook rant with a spicy stab of “By the way, my daughter thinks you’re a piece of ****, Sacha. Every honorable American Vet should feel the same.” However, Showtime CEO David Nevins defended Cohen and the series adding, “He is the premier provocateur of our time, but not for the sake of ‘gotcha’ moments. Behind the elaborate setup is a genuine quest for the truth about people, places and politics.” Hell yeah, this sounds like “60 Minutes” meets “Between Two Ferns.” Now let’s just hope he edits Tina Fey into the interview after Palin’s mic drop.