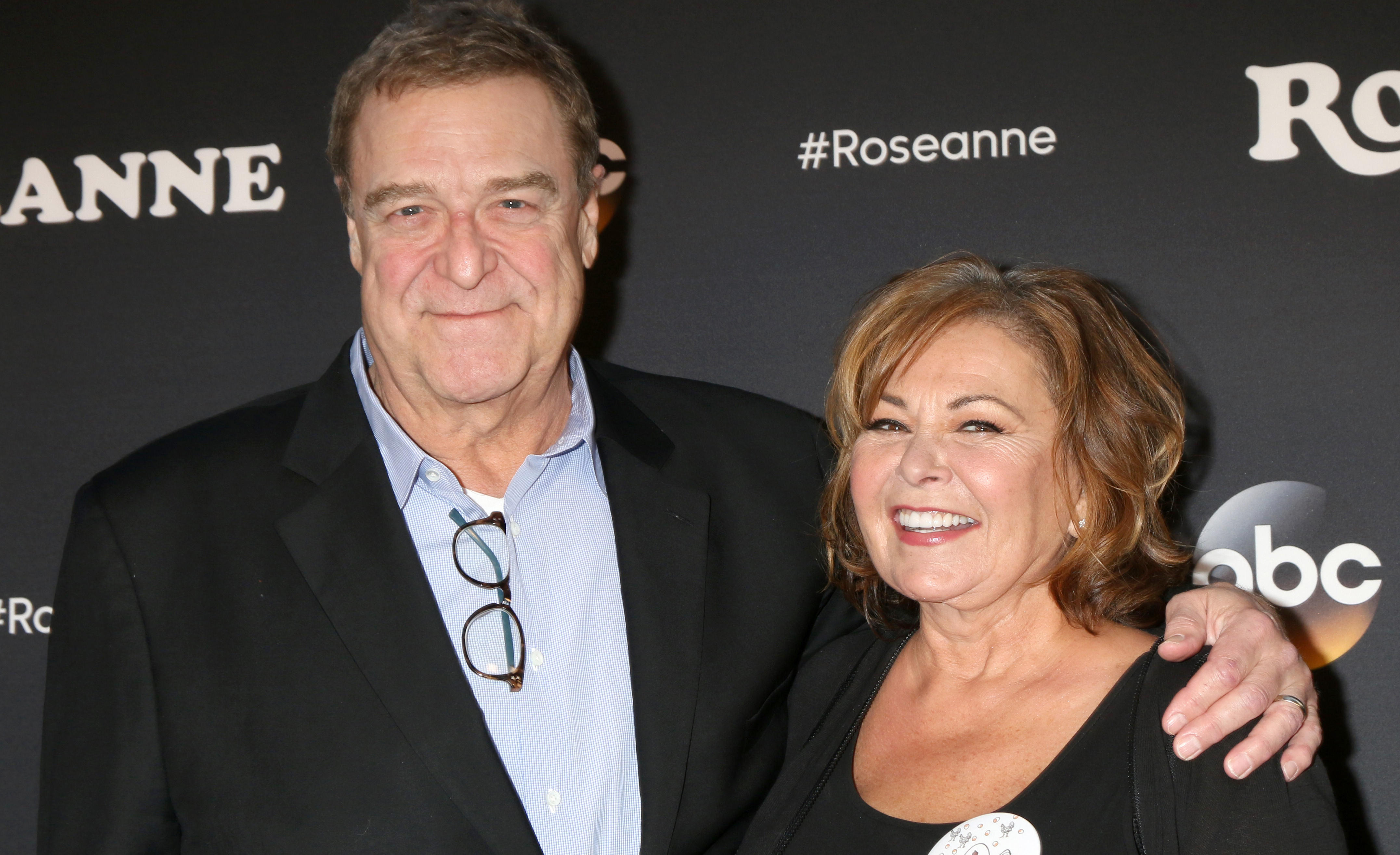 Expect a bunch of angry Facebook posts about the First Amendment from your uncle in Ohio, because ABC just canceled his favorite TV show. That’s right, the Roseanne revival is no longer, after show creator/star/Trump-loving troll Roseanne Barr tweeted a super-racist “joke” about former Obama adviser Valerie Jarrett and now Roseanne is canceled.

On Tuesday, Barr evidently decided that tweeting conspiracy theories about George Soros wasn’t enough to fill the gaping emptiness inside her, so she hopped on a Twitter conversation about Jarrett, who is African-American. Barr tweeted, “Muslim brotherhood & planet of the apes had a baby=vj.” Almost immediately, the internet called her out on her , straight-up racist tweet, despite Barr claiming that it was a joke. (For a woman who makes her living from comedy, it’s v. weird that Barr forgot jokes are supposed to be funny.)

It wasn’t the first time that Barr has gotten controversial on Twitter. She’s messed with Stormy Daniels (dumb move, because Stormy is a social media ICON), and tweeted about all kinds of right-wing conspiracy theories. But up until now, ABC gave her a pass, probs because Roseanne’s ratings were so high that Trump actually stopped golfing for one minute to call and congratulate Barr about them.

Barr deleted the tweet and issued a longer apology, but ABC did the right thing for fucking once and canceled the show, with ABC Entertainment president Channing Dungey saying, “Roseanne’s Twitter statement is abhorrent, repugnant and inconsistent with our values.” Weird how her posing in a Nazi costume while putting human shaped cookies in an oven didn’t tip them off about her views, but, just like with your monthly period, late is better than never.

The only downside to this news is that now you’ll probably be getting a lot more Farmville requests from your uncle while he waits for Last Man Standing to come back on the air.

UPDATE: Roseanne is now blaming her late-night racism on “Ambien tweeting”. First of all “I was on Ambien” works as an excuse for booty calling your ex, not overt racism. Second of all, does this mean that Barr was on Ambien for all the other racist shit she’s done? Has Roseanne Barr been in an Ambien daze for the past five years? Honestly, doesn’t sound that crazy when you think about it…