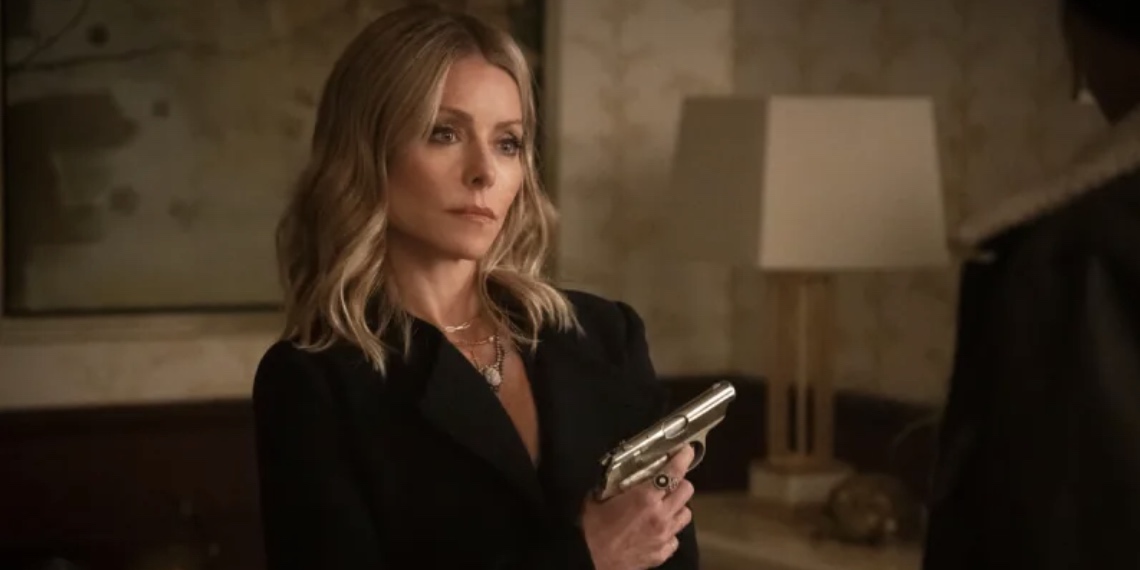 It’s Wednesday, which for some of us means it’s time to wind down with the acid trip that is season three of Riverdale. I’ve seen a lot of messed up sh*t on this show (cousin loving, murder foreplay, and a 16-year-old Betty stripping on a pole in a bar known for gang activity, just to name a few!), but I think we can all agree that last week’s episode was the wildest one yet, because the writers actually had the audacity to pretend like these kids were still in high school. I almost fell off my couch when they managed to incorporate one SAT word into the script without the entire set bursting into flames. That said, I have a feeling this week’s episode is going to be even more insane because Camila Mendes hyped on Instagram that we should get ready for “Veronica meets Film Noir” which should be…very painful. I’ve already decided I’m going to drink every time someone says the word “doll”, “doll face” or “ugly mutt” so, like, prepare my funeral now.

Once again we start this week with another judgey montage from Jughead. I swear to God this kid is always in a perpetual state of being on his period. Like, enough with the ‘tude!

Case in point: Jughead lying to his dad about Tall Boy leaving town while Tall Boy is stuffed under the cot FP is currently sitting on. Ah, yes. The good, innocent Riverdale we all know and love. FP isn’t buying his story though because he’s spent 24 hours as a sheriff and he’s seen some things. I’ve also seen some things, like the fact that FP is a goddamn snack in that uniform.

Meanwhile, Archie is coming to terms with the fact that he might only be a pretty face. What a cross to bear in this world! He tells his dad that he thinks college maybe isn’t for him, which is, like, a very diplomatic way of saying that he flunked the SATs. Lol. I see right through you, buddy!

Cut to Veronica, who wants Jughead to find the person who shot her father. She asks him this while wearing a literal fedora. Like, what in God’s name is she wearing on her head.

Betty shows up at Claudius’ funeral because she thinks Penelope might have poisoned him, and also she doesn’t know how to mind her own business. Meanwhile, Cheryl is in full-on mourning, aka wearing a dress short enough that I can see her vaginal lips. *slow claps* Don’t ever change, Cheryl!

I love that Betty shows up to this funeral uninvited and then thinks it’s okay to interrogate the deceased’s immediate family. She’s like “I’m sorry for your loss, Cheryl, but your mom is a murderer and you need to step up and help me prove it.” Maybe have a little bit more tact? Idk. Cheryl refuses to help with Betty’s murder investigation, which is, like, very fair. Just because you wrote “detective” on your business card does not mean anyone isn’t going to notice that said card was made with a sharpie and construction paper.

I guess last week Veronica was studying for more than just the SATs. She’s also been binge-watching Mob Wives, because now thinks she’s actually fit to run her father’s illegal businesses in his absence. LOL. K. Her first order of business is to fire his hired protection and replace them with Smithers and Reggie or as she likes to call them her “most loyal servant” and “jacked jack of all trades.” First of all, Smithers isn’t so much loyal as he is getting paid to work for your family. Also, he’s 80. That’s quite a crack team you’ve established there, Veronica!

Archie is…not doing well this episode. He’s getting wasted at Veronica’s speakeasy while Veronica’s new lover bartends and makes passive aggressive comments to him in between rounds. This feels very masochistic and like something I definitely haven’t talked my girlfriend into doing after she was dumped.

By far the most disturbing relationship on this show is between Betty and this coroner. Like, she just got her driver’s license and she’s hanging out with a man who looks like he wrote “pulse optional” on his dating app preferences.

Josie draws the short straw and has to take care of a drunken Archie. She’s like “you can’t solve your problems by getting drunk in a bar before noon” and it’s like, did I hallucinate that they were taking the SATs last week? Like where is the normal high school drama! Archie is acting he just lost his job and has a mortgage to pay when literally all of his problems could be solved by taking an SAT prep class. Please.

JOSIE: I think you should channel your anger into something constructive like your music.
ME:

Betty confronts Penelope Blossom and finds out that Claudius was cooking Fizzle Pop in the old maple syrup factory, and that the runoff from that was polluting Sweetwater River, which is why every teenage girl in the town was having seizures earlier this season. I’m sorry, but this is not an acceptable explanation for me. Betty saw babies LEVITATING, and you’re just going to explain it away in less than 10 seconds of dialogue? That’s trash.

Jughead tracks down Hiram’s mistress AND IT’S KELLY RIPA. My god! Does she own this show now? The entire CW network? Is Riverdale secretly being filmed out of her NYC apartment? Like, what does she have on @writerras that her and her family are able to hijack this show every week?? I’m sorry, I love Kelly Ripa, but Hiram was the worst thing to ever happen to this show and I will fight anyone who says otherwise.

Footage from this week’s episode of ‘Riverdale’ or a confrontation in the writer’s room when they tried to kill off Hiram’s character last week? WHO CAN SAY.

Okay, WHAT. Hermione is also having an affair? With hot Sheriff Minetti?! I thought he was dead? Has she just been keeping him in an abandoned warehouse and bringing him out whenever she has an itch to scratch? This I did not see coming, but after a closer inspection of his abs, I’ll allow it. I am here for this partial nudity.

You guys the twists are insane tonight. In another shocking turn of events we find out that FP shot Hiram, and he did it because Hermione paid him to. That’s why he’s allowed to be sheriff, because it was a payoff (which is still not an acceptable explanation for why a convicted felon was suddenly allowed to become sheriff, but whatever).

FP tries to beat Hermione at her own game and forces her to go on the air and say that Tall Boy was the one who shot Hiram. Like, who is this interview for though? I have yet to see one other member of this town who isn’t a) a redhead or b) sleeping with a parent/classmate/brother/sister/other estranged relative of a redhead, which has to be the only explanation for why there haven’t been riots in the street for the outright corruption taking over Riverdale’s town politics. I highly doubt regular townspeople are waiting with bated breath to see if the mob boss running their town will get some justice. PLEASE.

Meanwhile, Veronica sets fire to Hiram’s entire drug supply and I feel nothing. That’s how I know this show is going downhill fast. Remember when Cheryl burned her entire home to the ground out of spite? And we all cheered? And I made the gif of her burning her life to to the ground the background on my computer and used it whenever applicable to real-life conversations? WHERE IS THAT RIVERDALE?

Okay, PLEASE tell me Josie and Archie aren’t about to be a thing. Archie’s giving her that look like she has a vagina and has shown mild interest in him, so now he wants to bang her. I can’t take one more Archie romantic entanglement. I just can’t.

Jughead tells Veronica that he knows who really shot her father, and it’s not Tall Boy, which is what the official announcement says. Veronica is still wearing the fedora and I am still feeling very personally victimized by it.

JUGHEAD: You don’t want to find out who shot your dad?
VERONICA: Eh, it’s Riverdale.

The episode ends with Hermione shooting hot Sheriff Minetti for reasons that are unclear, but I’m sure will be explained away five episodes from now when we’ve forgotten all about this plot line and the writers decide to give it five whole seconds of their time to address. Anyways, I’m out! See you Betches next time!