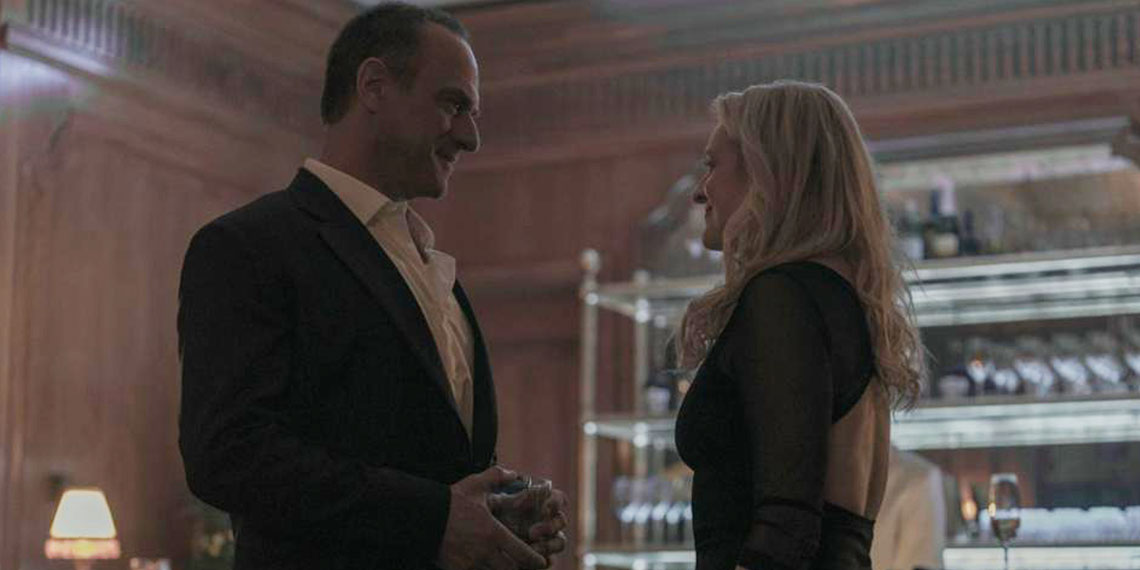 Return Of The Jezebels: ‘The Handmaid’s Tale’ Recap

There are two episodes left of Handmaid’s Tale season three, which is really too bad because I feel like they are just hitting their stride. It took us 10 episodes to figure out wtf this season was going to be about, but now we have it: June is going to help get an assload of kids out of Gilead. Feel like that could have been introduced in episode one.

We open on muffins. 52 muffins, to be exact. Each one representing a different child a Martha would like to help get out of Gilead. TBH the prevalence of muffins throughout this episode made me have to pause and revisit this early internet video. Simpler times. In the living room, crazy Madame Zaddy is casually threatening to shoot Commander Z at point-blank range. None of this phases June in the slightest, who begins talking Madame Z down with absolutely zero urgency.

June: I mean, you could kill him, but then our plan to escape would be ruined, so maybe don’t?

Luckily this line of thinking works on Madame Z, who decides not to shoot her husband in their living room after all. Good on her.

June and Commander Z then take a moment for a post-attempted-murder cooldown, and she informs him that they now need room in a van for 52 children, not the 10 they had previously agreed upon. But what’s 42 extra children among friends, eh?

Cut to: the Waterfords headed out for a little road trip. It’s just Fred, Serena, the open road, and whatever meds they take to sleep at night. We’re not sure exactly what the plan is, but it looks like they’re driving up north to meet up with Serena’s Canadian buddy in hopes of negotiating for Nichole. Also, it’s just fun to get away for a while, isn’t it? Living in a tyrannical religious patriarchy state is exhausting. Like most impromptu couples’ road trips, this will either be the thing that saves their marriage, or the thing that ruins them. We’ll have to see which.

To show how fun and cool their trip is going to be, Fred lets Serena drive. It almost makes you forget that she could do this all the time if it weren’t for the government he created.

The Meeting Of The Marthas

Back in Boston, June has been summoned before a tribunal of angry Marthas who all want to know what she means by “I’m getting 52 children out of Gilead.”

Beth Giving June Advice For Talking To The Marthas/My Friends Giving Me Advice Before Going Out Anywhere: Don’t ask any questions. Don’t say anything extra.

Right off the bat, the Marthas let June know that they can and will kill her. (This is also how I start all of my business meetings.) Luckily, Beth vouches for June and they come to a compromise: the Marthas will let June do her little “saving dozens of children” thing, if she waits to do it until a special shipment they’ve been working on arrives.

The big takeaway from this scene? Do not f*ck with the Marthas. They are no joke.

Unfortunately, June leaves the meeting and realizes that the Martha’s death threats are the least of her worries, as it appears Commander and Madame Zaddy have ghosted their plan and run off on their own. You hate to see it. Commander Z at least had the decency to leave behind an “I’m Sorry” post-it, à la Berger in SATC.

Not to be deterred, June then decides to do the thing she promised not to do five minutes ago and f*ck with the Marthas’ big shipment, using the rock-solid logic that “any plane that flies in has to fly out.” I mean, show me the lie?

Serena and Fred decide to crash at a random family’s house (I guess hotels aren’t a thing in Gilead) and take a cute walk down memory lane.

Serena: Remember my first book?
Fred: You were such a good writer!
Serena: Yeah, that was before we helped blow up the White House and installed a religious autocracy that took all my rights way…why did we do that again?

Serena then low-key blames Fred for the fact that Gilead happened, and I have to call bullsh*t. We all know I’m not one to stan for Fred Waterford, but they both made Gilead happen. Like, isn’t his exactly what Serena’s book was advocating? Didn’t she basically go on a speaking tour across America to say women should stay in the home? Did she think that meant all women except for her?

Fred and Serena then have the customary “let’s move here!” talk that every couple must have when they go on a vacation anywhere. I’m sorry, but am I supposed to care about Serena and Fred’s love story here? Am I supposed to be happy that they’re reconnecting in the forest? Because I don’t and I’m not. Sorry.

Well, well, well, if it isn’t Commander Zaddy. Just like any other man who ghosts, just when you think he’s gone forever he shows back up looking all sorry and sh*t. Pathetic. Turns out Z doesn’t have the right clearance to get out, meaning the government has caught onto the fact that he was less than thrilled at the prospect of assaulting his handmaid—a dead giveaway for a #resistance fighter.

Once again, none of this phases June, and she tells CZ to shut the f*ck up and take her into the city so she can work on her plan to steal the Marthas’ plane. CZ drops June off at Jezebel headquarters, where she looks for “Billy” aka the guy who arranged the plane.

First question: where did June get all this going out gear? She’s got a full face of makeup, backless dress, and her hair is curled. Was all this sh*t just lying around the Lawrence household? Was Madame Zaddy a party girl before the war?

June’s plan actually goes extremely well and it takes about five minutes for her to arrange to get the children out in exchange for some Picassos the Lawrences have lying around. Sadly, just as she’s about to leave she gets spotted by none other than creepy Commander Winslow. I guess if you decide to take a trip to a prostitution palace, you should be preparted to get pulled into some light prostitution.

He takes June back to his room and you think we’re going to get a classic Handmaid’s assault scene, but not this time! June and Commander Winslow get into a huge fight and she ends up stabbing him with a pen like, one hundred times and then killing him with the base of lamp.

Who among us hasn’t gone out for the night, only to end up going home with some lame guy, deciding you’re not into it, and stabbing him to death with a pen? Typical #SaturdayVibes for sure.

June then finds herself stumbling out of a guy’s room, covered in blood (again, who hasn’t?), where she is discovered by…one of the Marthas she saved from the colonies! The Martha recognizes June, even with all the makeup and blood, and helps her escape out the freight elevator to sleep off her murder hangover.

Serena and Fred head back out on the open road, where they finally meet up with SJ’s hot American friend living in Canada. He tells them he has a “safe place for them to talk just down the road” and then they proceed to follow him for what looks like hundreds of miles.

Fred, A Genius: Hey! This isn’t just down the road!

Finally, they stop and get out of the car and…SURPRISE! They’re in Canada now and being arrested for war crimes! Oops! As they’re arresting Fred and Serena, they read him his crimes which include “kidnapping, torture, slavery, and rape,” to name a few.

Me This Whole Time: Charge him with being a little bitch!

Cut to: June waking up in her clothes from the night before thinking something like, “what happened last night? I vaguely remember killing a guy…”

We then have a montage of June getting ready in her handmaid clothes cut with the Marthas cleaning up all the evidence of Commander Winslow’s murder, including disposing of his body in an incinerator.

The moral of this story? The Marthas are the realest in the game. Make sure you have some Marthas in your life.

We end on Commander Zaddy giving June a gun and telling her the government will be coming for them soon. Considering how much damage she was able to do with a pen, I’m excited to see where this goes. Until next week!