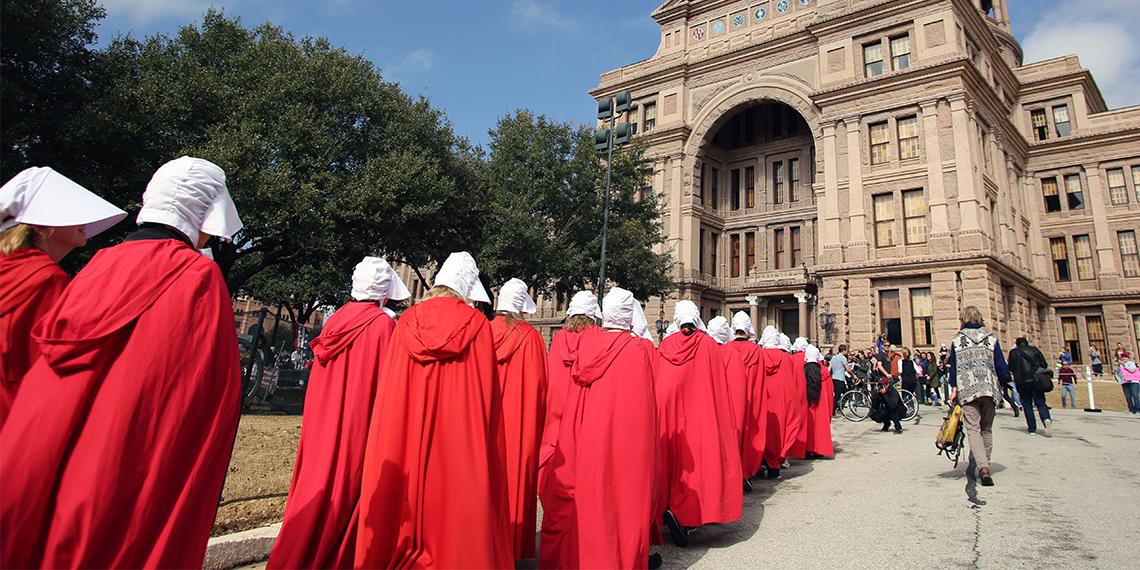 As you’re most likely aware, the political climate in America right now is… tense. This whole year has been an anxiety-filled rollercoaster, and with one of the most important elections in our history just weeks away, what better time for a Supreme Court crisis? With Ruth Bader Ginsburg’s tragic passing last Friday, the coming weeks are more important than ever, as Republicans will be trying their hardest to secure a coveted 6-3 conservative majority among Supreme Court justices.

On Friday evening, as much of the country was entering a catatonic state upon receiving the news about RBG, Republicans’ spidey senses started tingling right away. Almost immediately, Senate Majority Leader Mitch McConnell released a statement on the matter, assuring the American public that “President Trump’s nominee will receive a vote on the floor of the United States Senate.” This is a stark contrast to 2016, when Senate Republicans decided they couldn’t possibly confirm an Obama Supreme Court nominee so close to the election, which was… 269 days away. However, this is exactly what they’ve vowed to do just weeks before the election.

But the gall of the Senate Republicans is another topic for another day. Today, I’m here to tell you about the woman whom President Trump is expected to nominate to fill RBG’s seat. If you immediately got excited that the potential new justice is a woman, yes, that’s great! But that’s pretty much where the fun stops with Amy Coney Barrett. Barrett, who is currently a Circuit Court judge, has been on Trump’s Supreme Court shortlist since 2018, when he ultimately nominated our favorite frat star Brett Kavanaugh.

Barrett was immediately the presumed frontrunner for the vacant seat, and after she met with Trump earlier this week, her nomination seems inevitable. So let’s get to know a little about the woman who might be taking away our rights in a few short months, shall we?

As you could probably guess, Amy Coney Barrett is pretty conservative, and her mentor was none other than Justice Antonin Scalia. Right off the bat, that’s not a great sign for the girls and the gays, but wait—there’s more! In 2013, Barrett published an article listing “superprecedent” cases that the Supreme Court should never consider overturning. She included Brown v. Board of Education (yay for not going back to segregation!), but notably left Roe v. Wade, which guarantees the right to an abortion, off the list. She specifically noted that Roe v. Wade had “not yet obtained this status,” and at an event in 2013, she declared that the decision resulted in a “framework of abortion on demand.”

So yeah, she’s not big on abortion rights, and in 2015 she signed a letter “which endorsed the Catholic Church’s teachings on human sexuality and its definition as marriage as between one man and one woman.”

But speaking of the Catholic Church, let’s get into Amy Coney Barrett’s religious background because this is where things go from “Republican nonsense” to “is she in a cult?” On paper, Barrett is Catholic, but there’s a lot more going on there. In 2017, when Barrett was nominated for her current Circuit Court position, The New York Times reported that she belonged to a Christian group called People of Praise. That sounds like the name of a youth group I would have hated, but the thing that really made my ears perk up? People of Praise is believed to be one of the inspirations for The Handmaid’s Tale. Yes, that one.

The group, which was founded in 1971, has a small membership of just 1,700 adults. The group is made up of mostly Catholic members, but they also believe in various Pentecostal practices like speaking in tongues and divine healing. Here’s the kicker: People of Praise members make a “lifelong promise of love and service,” and are each assigned a “personal adviser” to whom they are “held accountable.” Basically, it’s like a f*cked up combo of NXIVM and ALL IN by Teddi, all with a side helping of Catholicism. Sounds fun! Men call their advisers “heads”, and until 2018, women call their advisers “handmaids.” The group has openly acknowledged this.

Margaret Atwood has never mentioned People of Praise by name. Since The Handmaid’s Tale blew up, People of Praise changed their terminology to “woman leader,” because I guess the whole “handmaid” thing probably became a PR nightmare.

Barrett and People of Praise have both remained quiet about her affiliation, it’s pretty clear that she has been heavily involved with the group. The NYT reported that both her father and her husband’s father held leadership positions within the group, and multiple photos of Barrett have appeared in Vine & Branches, the official magazine of People of Praise. Those photos disappeared from the online edition of the magazine shortly after Barrett was nominated to the Circuit Court judgeship in 2017, but when The New York Times has screenshots, the damage is already done.

People of Praise doesn’t make all their views public, but among all the religious jargon on their website, there are some telling pieces of information. For one, they offer a course for married couples called Marriage In Christ, which specifies that “Marriage in the Christian tradition is the union of a man and a woman.” Basically, this doesn’t bode well for any kind of progressive agenda if Amy Coney Barrett is confirmed to the Supreme Court.

So, for the next six weeks, keep calling your Senators, keep encouraging everyone in your life to vote, and keep doing everything you possibly can to stop the literal face of Gilead from getting confirmed to the Supreme Court.

CORRECTION: A previous headline stated that People of Praise was a direct inspiration for “The Handmaid’s Tale.” Atwood has never referred to People of Praise directly and reporting suggests multiple religious groups inspired her work.