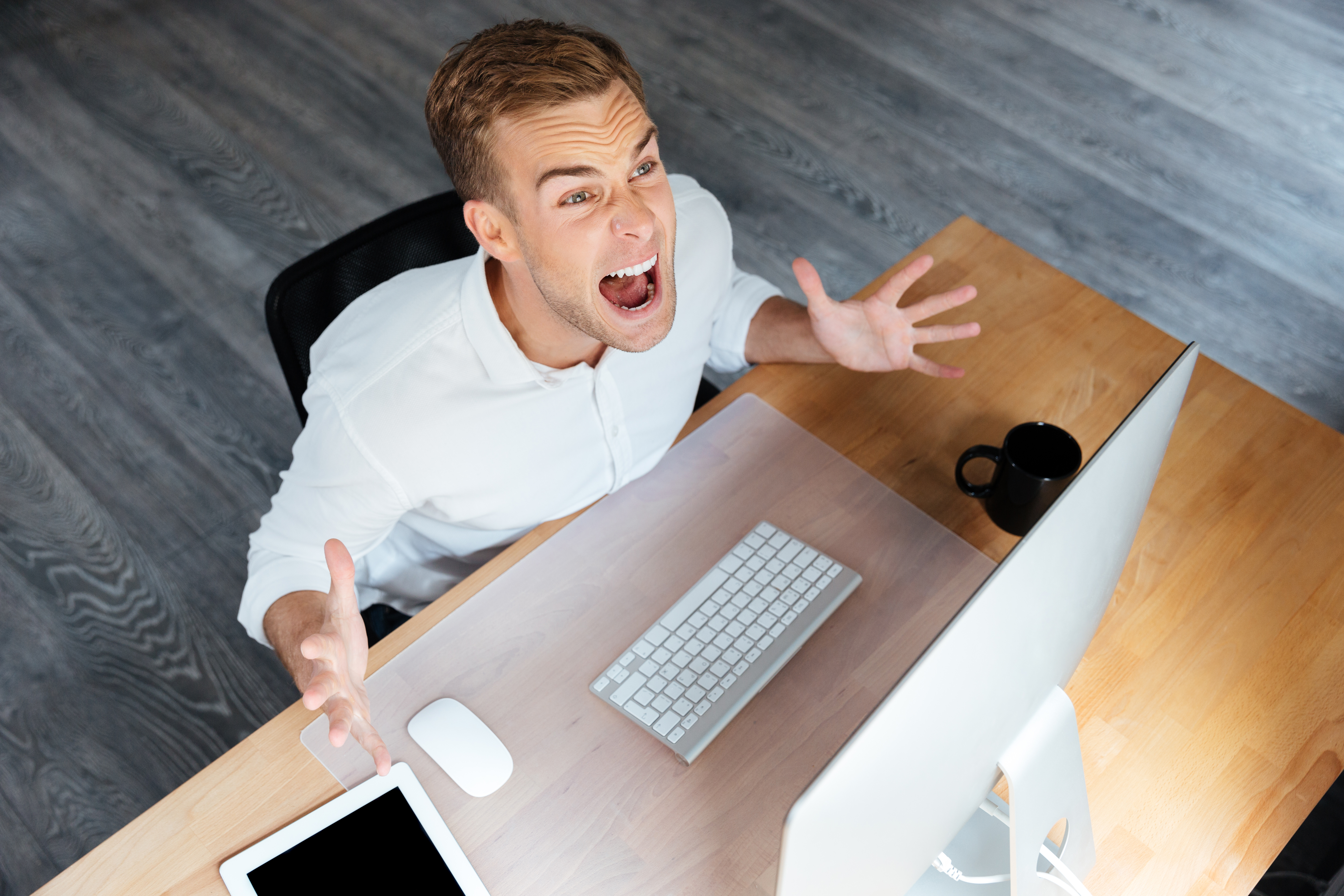 The Internet Is Ruining This Racist Lawyer’s Life

Donald Trump is momentarily not the biggest lunatic asshole in Midtown Manhattan, which comes to a surprise for us all. Earlier this week Attorney Aaron Schlossberg verbally assaulted a bunch of people at a Fresh Kitchen because he heard them speaking Spanish to each other. First of all, people at a Fresh Kitchen on a weekday at lunch are having a hard enough time, there’s no need to be extra rude to them. Second of all, and more significantly, he harassed them because they weren’t speaking English…in New York City. Home of the Statue of Liberty and Ellis Island. Birth place of West Side Story. Cue an eye roll big enough to push him into the East River.

Who this this bigot in Midtown Manhattan? What’s his name?

Here he is harassing & insulting two women for speaking Spanish…TO EACH OTHER in the middle of Manhattan.

In the cellphone video of his racist ass rant, he threatens to call ICE on the people who are, by the way, MAKING HIS LUNCH. He also announces that he “pays their welfare” which is odd because they’re literally actively on the clock at their place of work. If I’ve ever learned anything, it’s don’t be mean to anyone with the ability to put poison in your food. Obviously, though, Mr. Schlossberg isn’t one to follow any decency guidelines.

And if you thought this was the only video of Schlossberg being a racist goon, think again:

This is the unedited video from October of 2016 of Manhattan Attorney Aaron Schlossberg assaulting, then calling a complete stranger “an ugly fucking foreigner” on the sidewalk on 5th Avenue.

The man he’s talking to, @morewillie, is a white man from Massachusetts.

In a beautiful twist of fate, his rant has gone viral and the internet has done what it does best, which is identify him and his workplace and “Yelp bomb” his company.  He has received so many 1 star reviews, if you visit it now, there is a notification saying the site is going through an “active cleanup.” Maybe while they’re actively cleaning up the Yelp page, they can sweep his ass up in the trash. Just a thought.