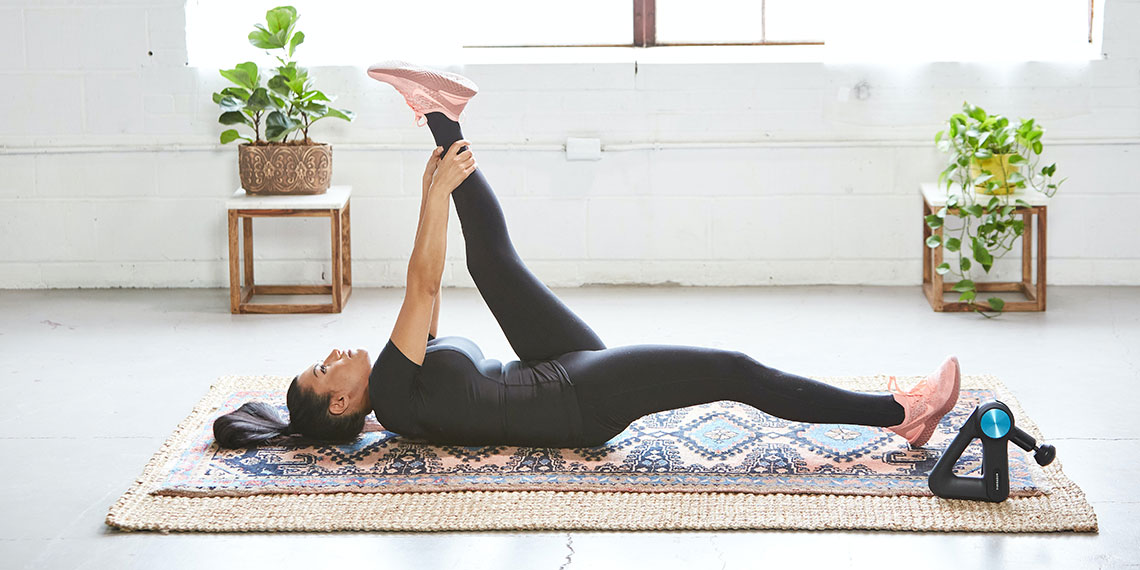 Quarantine Turned Me Into An At-Home Workout Person

If you told me four months ago when quarantine first started that I wouldn’t be itching to get back to the gym or a group fitness class, I would’ve told you that you don’t know me at all. Well here I am, five months into quarantine, and all that’s been on my mind is that I never want to go back to a gym again, and when am I going to pull the trigger on a SoulCycle at-home bike?

For me, a group fitness class was more than a way to burn calories—in fact, that was probably the last thing on my list. The most important thing these classes offered me was an escape from the real world for 45 solid minutes. $36 for a spin class may seem absurd to you, but it’s way cheaper than talking to a NYC therapist for the same amount of time. This was my me time, time when I didn’t have to answer a single work message or be accessible to anyone. It’s rare to be able to unplug during the day and this was the best excuse I could find, plus endorphins make you happy and happy people don’t kill their husbands… unless they’re locked inside with them 24/7 during a pandemic (JK).

I used to think you couldn’t get as good of a workout at home or that I’d be way less motivated, but I can without a doubt say that’s not the case. So even if gyms open and they’re clean and COVID miraculously isn’t a concern anymore, here’s why I’m quitting the gym in favor of working out at home.

NEW WORKOUT ALERT! ⁣ ⁣ We feel helpless when tech doesn’t go our way but appreciate understanding that sh*t happens. We had planned on releasing a new workout tomorrow but bringing it to you instead today! ⁣ ⁣ This is an amazing quick workout that hits allllll the right places and you can truly do it wherever, whenever with zero equipment! This is the perfect workout if you’re traveling this weekend – quick, low impact, effective, and as always… FUN. ❤️⁣ ⁣ If you haven’t tried our app yet, check out your free 7 day trial – link in bio!

Like a lot of New Yorkers, I was paying out the ass for an Equinox membership before we got locked in our homes for the foreseeable future. I was going to hide the amount of that annual membership, but for the sake of transparency, I’ll risk getting ridiculed in the comments section—but please, before you come for me, remember we’re in NYC and everything is inflated. When I first joined, the membership started at $240/month and as the years went on, they upped their price to $255/month, aka $3,060/year. Nothing says being a loyal gym member like upping the price of an already overpriced membership. But as any gymgoer knows, you know you’re still spending money on a SoulCycle class here, a solidcore class there, and that adds up real quick considering a single group fitness class in NYC ranges from $30-40.

When the pandemic hit, saving all of the money I was spending on fitness was something I really felt. No sh*t, it was a small fortune. Myself, along with the rest of the world, abruptly turned to at-home workouts, something I never really did in the past, because who voluntarily wants to workout when they get home? But as soon as I started taking live Zoom classes, I realized I actually liked them, with the number one reason being they cost ~$14 or less per class, and if you’re a saint like Gina DiNapoli, $9 or less, praise f*cking be.

This is a hell of a lot cheaper than an in-person class. For the price of one in-person class you can take almost four at-home classes, and that’s not even factoring the money you’re spending on the commute to get to/from the class. Plus, you can get away with washing your hair less frequently and repeating gym outfits, since no one even sees.

As if money wasn’t enough of a motivator to never leave my house again to workout, the convenience is next level. You know what the worst part about taking a morning group fitness class is? Actually, there are two. The first: leaving your apartment with a 20 minute buffer time and still being late to class because the subway was delayed yet again for no reason. The second: the increased anxiety you feel during the last few minutes of class before you have to sneak out to race to get into one of the three showers offered for over 40 people in the locker room.

My favorite part about working out at home is finishing my workout, sitting my ass on the couch to recover for a few minutes, then taking my sweet time getting into my own shower, to use my own products without having to wear shower shoes. As much as I liked using the gym’s towels and amenities, thanks to COVID, I realize this was probably really disgusting.

GIVEA-freakin-WAY 👊🏻 . . We’ve launched our newest format, BANDS, and … issa HIT! If you have a booty band but you also kinda feel like you have no idea what to do with it besides kickbacks and fire hydrants lollll, we’ll do that work so you don’t have to 🙂 . . What I’m giving away is 8 BANDS CLASSES 😱 via Zoom in the month of May- 4 for you and 4 for whatever friend you tag!!! You can tag multiple friends – just make sure they are in SEPARATE comments (since the prize is for two people). . ✴️✴️✴️They must be following me @jabsbygina , and bonus @alimitchellnyc since she is the official creator of BANDS!!✴️✴️✴️ (I recommend telling them this in the comment where you comment their insta handle) . . Winners will be chosen and announced on my IG story on Wednesday!! 🙌🏻

As with everything else in NYC, fitness classes are at high demand, oftentimes forcing you to sign up a week in advance. How are you going to know what you’re in the mood to do a week from now? Working out at home allows you to cater your workouts to whatever mood you’re in the day of. Some days you’re super motivated to wake up early and work out, other days you’d rather squeeze them in between meetings—with at-home workouts, you can decide on a moment’s notice to do them whenever you want and not feel any unnecessary pressure to decide in advance.

You literally never have to worry about getting penalized for either missing, or being late to, a workout again, since they’re based off your schedule. Sure, that can lead to pushing off a workout until you no longer feel motivated to do it, but if you create a schedule, it’ll help hold you accountable. Think of all of those times you wishfully booked a 5:30pm class hoping your 4:30pm meeting would end in time, only to find yourself still in said meeting well past 5:30. It’s bad enough spending over $30 for a class, it’s even worse when you lose the class and get a penalty charge.

Since quarantine, everything has been adapted to be broadcast online, even workouts like solidcore that normally require a megaformer machine. Obv the workout is not the exact same, but my obliques hurt regardless, so I guess they’re doing something right. Basically any workout that was offered in a studio can now be streamed online, done via Zoom, or watched on IGTV. My latest obsession is Sydney Miller’s Housework, which is the closest I’ve gotten to a nightclub since the world shut down in March. So many places are also doing free trials so you can test out a bunch of things for free before even committing to purchasing.

If you’re one of the blessed who have access to a vacation home or you’re able to go away for a weekend, you can bring your workouts with you. No longer are you stuck looking for a substitute class at a random studio—now you can bring your fav instructor with you. Sure you have to bring your equipment with you, but that’s a real small price to pay for convenience.

In the time that I’ve written, read, re-read, and edited this article I am happy to announce that my husband and I finally splurged on the SoulCycle At-Home Bike. I’ll be even more happy to announce when I make my money back on it as soon as we hit 68 rides, which between the two of us, will probably be in six months.

Ashley Fern is the Director of Content & Strategy @ Betches. She considers herself a human Guinea pig and will try anything for a story... or an IG post.