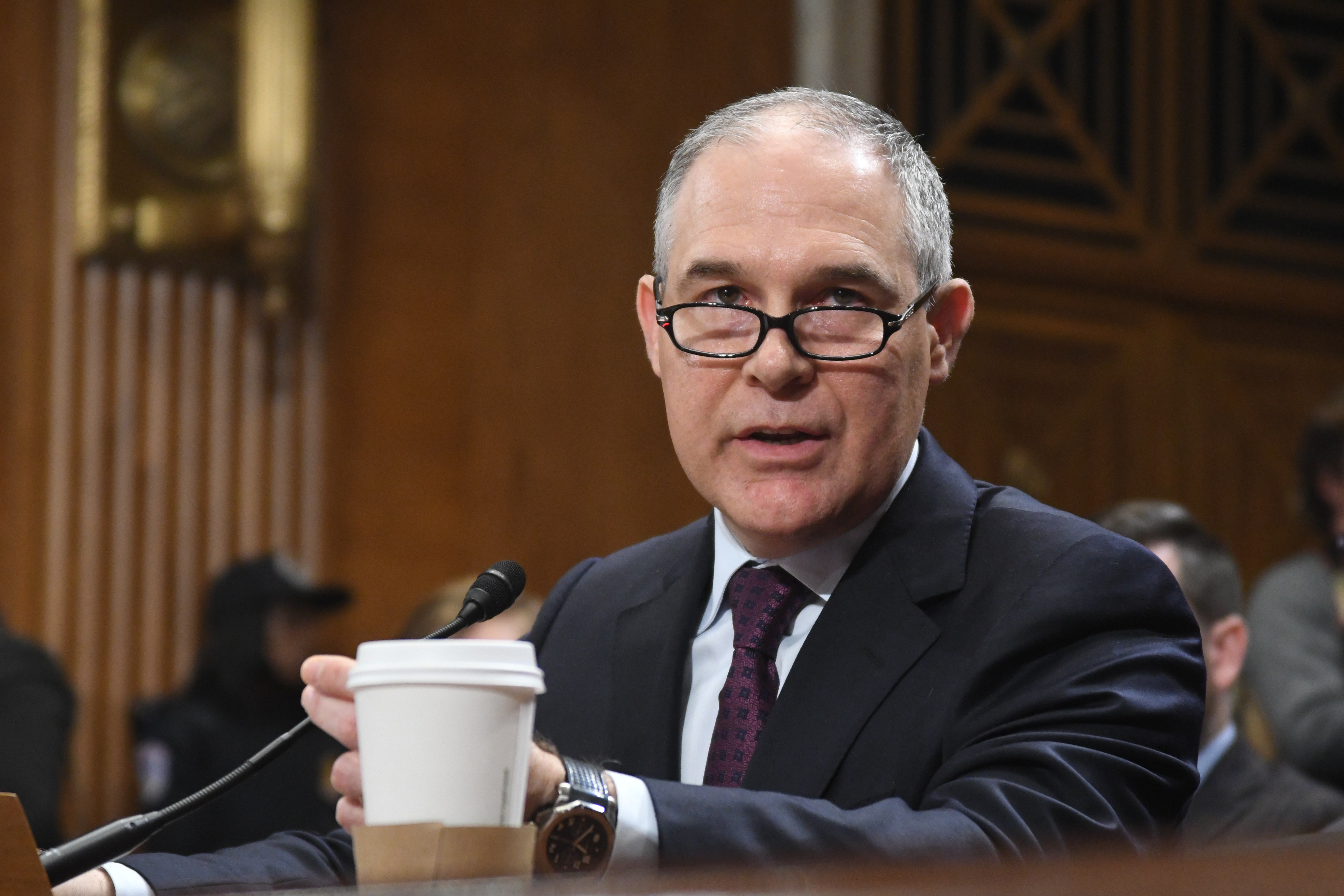 Another one bites the dust. On Thursday, Environmental Protection Agency Administrator Scott Pruitt resigned after months of controversies. Bye bitch! But as Pruitt moves onto his next planet-destroying adventure, we’re not going to forget all the weird shit he did. Here’s our definitive ranking of Scott Pruitt’s corruption scandals, because his tenure had more drama than a season of Real Housewives.

Ugh, it’s so hard to find a nice, affordable apartment, am I right? Not if you’re Scott Pruitt! Scotty Boy shacked up in a $50 a night condo right on Capitol Hill, which seems like way less than he should’ve been paying for that prime real estate. How did he get such a deal? Did he let his landlady show him endless pictures of her grandkids or something? No, actually. turns out he met privately with his landlady’s husband, who just so happened to be a lobbyist with business before the EPA.

This one’s just weird. Pruitt allegedly sent one of his aides to buy him a used mattress. Specifically, Pruitt wanted a secondhand Trump Home Luxury Plush Euro Pillow Top, because Trump brand mattresses are the classiest mattresses. Leaving aside the fact that cabinet members aren’t supposed to make their aides buy them furniture, why the hell did Pruitt want a used mattress when he totally has enough money to afford a new one? You’re not supposed to buy used mattresses, Scott! YOU GET BEDBUGS THAT WAY.

Nothing to see here, folks, just the chief of the EPA keeping a secret calendar and making his aides alter his official record to hide controversial meetings about the fate of our planet.

4. Trying To Get His Wife A Job At Chick-Fil-A

I mean, it’s kind of sweet that Pruitt’s looking out for his wife? But he definitely shouldn’t have used his government sway to try to get his wife her own Chick-fil-A franchise, even though their chicken is damn good.

Pruitt’s on-the-job spending was out-of-control, meaning that taxpayers had to pay for everything from his full-time security detail to his first class flights. But definitely the weirdest case of excessive spending is the nearly $43,000 soundproof phone booth he had installed in the EPA office. Look, I don’t like people listening to me talk on the phone either, but I just text instead.

2. Making His Staff Get Him Lotion

Sounds like Pruitt is one scaly-ass bitch, because he made his staff drive him around to a bunch of Ritz-Carltons in search of a fancy moisturizing lotion they sell. Yes girl, moisturizing is important but honestly, Aveeno probably works just as well.

Pruitt did a ton of shitty things on the job, but the worst one was definitely being a climate change skeptic and dismantling environmental regulations for his own profit and greed. Don’t let the door hit you on the way out, Scotty.

(Of course, his successor will probably be a literal lump of coal, so it’s not like things are going to get much better.)