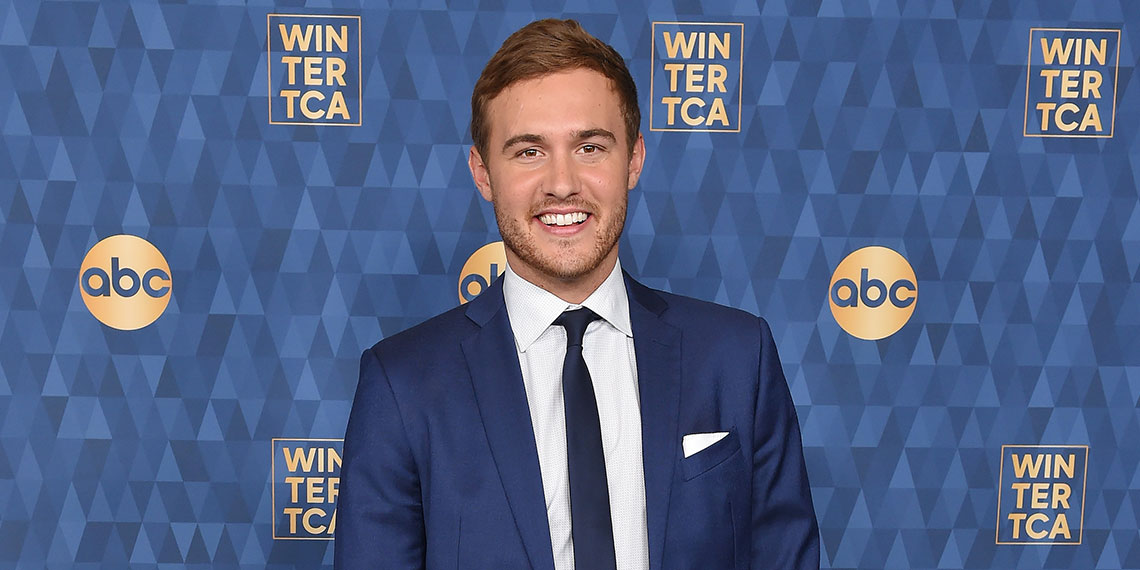 Pilot Pete Is Hanging Out With Kylie Jenner & Olivia Jade, But Why?

It’s no secret that I love talking about the mess that is this season of The Bachelor. Or that I love talking about Kylie Jenner. Or that I LOVE talking about anything to do with Olivia Jade. Well, today must be my lucky day, because the three things that I’m most passionate about in this world have come together, and I’m just so thankful. This week, Pilot Pete was spotted at a party with Kylie, Stassie, and Olivia Jade, and I have so many questions that my brain can’t even formulate them fast enough.

The party, which was Valentine’s Day themed, was on Wednesday night, and Kylie and Stassie both Instagrammed photos of their typically extra outfits. And thanks to the power of Instagram stories, we got an inside look at the party, revealing that our boy Pilot Pete was there, along with Olivia Jade. In this clip, you can first see Peter standing in the background, and then you can hear him talking about what happened with Kelley on the show.

@pilot_pete is reportedly with Kylie, Stass and Olivia Jade and he’s speaking about @kelleyflanagan. You can see him at the end of the first story and hear him in the second one.

I really can’t believe that this footage exists in the world, but I am so glad it does. In case you couldn’t really hear, in the second clip, Peter is heard off-camera saying “she’s like ‘I need to talk to you,’ and I was like ‘okay,’ and it was Kelley.” What did we do to deserve this kind of perfection?

Naturally, upon seeing this video, my first thought was “how/why the f*ck is Pilot Pete hanging out with this crew?” But once I really thought things through, it actually makes a lot of sense. Bear with me, because there is much to unpack. Let’s start with the Tyler Cameron connection. Peter was on The Bachelorette with Tyler, and it seems like they’ve stayed pretty good friends in the time since they were on the show together. As we all know, Tyler has been on quite the fame odyssey since leaving the show, including his relationship with Gigi Hadid, and more recently, rumors that he was dating Stassie Karanikolaou.

That’s not all. Way back in November, paparazzi cameras caught Tyler, Peter, and Dylan hanging out at a football game with Kylie, Kendall, and Stassie. So we know that Peter at least met Kylie and Stassie almost three months ago. But THAT’S. NOT. ALL. Based on her Instagram stories, we actually know that Kylie has been watching The Bachelor this season, so it makes sense that she’d want to hear all the details about wtf happened with Kelley. So yeah, after all that, I guess it’s not SO surprising that Peter would end up at the same party with Kylie and Stassie.

What I can’t really explain is why this crew is also hanging out with Olivia Jade. Honestly though, it’s not that out-there. Kylie, Stassie, and Olivia are all rich kids of LA, and Kylie and Olivia are actually only two years apart in age. I’m sure they’ve been around each other a bunch over the years, and they can probably bond over their love of makeup and not going to college.

Now that all the pseudo-explaining is over, let’s get back to this season of The Bachelor. I have to say, Peter hanging out at parties like this makes me think there’s very little chance he ends up in any kind of serious relationship from the show. I mean, I wasn’t really that hopeful before, based on what a sh*t show this season has been, but still. If Peter was like, engaged to Hannah Ann or something right now, I kind of doubt she would be cool with Pete hanging out in Stassie’s basement. And we already know Victoria F would slash his tires.

And that’s it, I cracked the case. Sorry, gotta go, because my brain is f*cking broken.