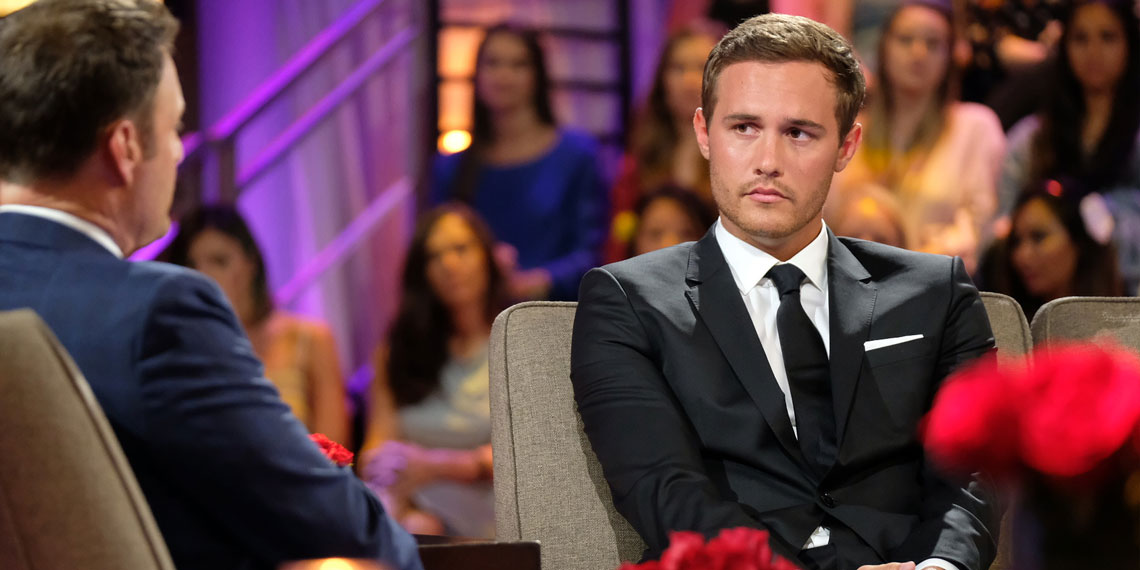 Pilot Pete Finally Addressed The Rumors About His Girlfriend

On last night’s episode of The Bachelorette, we finally said goodbye to Pilot Pete. He had a great run, really, but his last few weeks on the show were soured by the accusations that he broke up with his girlfriend to go on the show. Well, now that Peter has been sent home by Hannah on the show, he’s finally free to tell his side of the story. Brace yourselves for a classic game of he-said-she-said, Bachelorette edition.

A few weeks ago, a woman named Calee Lutes, who lives in Atlanta, said that she met Peter in June of 2018 while he was training to be a pilot for Delta, and they began a long-distance relationship. She said that they were getting serious, and had discussions about moving in together before he suddenly dumped her right before Christmas. According to Calee, Peter deleted any trace of her from his Instagram, and she saw that he had started following a Bachelorette producer. Basically, she claimed in not so many words that he broke up with her to go on the show, which is obviously not how he made it seem when talking about his last relationship with Hannah.

Well, according to Peter, things went down a little differently. Peter spoke to People, and said that he “was very serious in trying to progress that relationship and move it forward, and she wasn’t on the same page as me. That being said, I wasn’t going to waste her time or my time.”

I’m not gonna lie, that definitely sounds like trying to flip the tables and turn it back around on the other person. Peter’s making it sound like he was the one who wanted to make things more serious, and Calee didn’t want to. That doesn’t match up with Calee’s claims that their relationship was “very serious” and they even met each other’s families and also that she was totally blindsided and hurt by the breakup. Then again, Calee’s comments to Entertainment Tonight indicated that her moving to LA could have been a point of contention for her and Pete. She claims she was considering moving out there “for a year or so, to give our relationship a fair chance”, but Pete supposedly “didn’t want out there temporarily”. So if Pete was deadset on Calee moving to LA, and she was ambivalent about it, I could see him deciding to end the relationship for that reason and still being upset about it.

But did Pete dump Calee to be on The Bachelorette? According to Calee, Pete broke up with her over FaceTime “two days before Christmas”, and he decided to end the relationship “before it got even more serious.” Did he mean, so he could get serious with someone else? Pete insisted to People, “The show had absolutely nothing to do with me ending that relationship.” He said, “the casting process and my first interview was months after we broke up.” Let’s do a quick fact-check. The Bachelorette aired in May, but filming began right after The Bachelor ended, which was on March 12th. On March 13th, ABC released preliminary photos of Hannah’s men. Guess who was in that bunch? Pete. That means Pete was fully cast, signed, sealed, delivered, by March 13th at the latest.

If you’ll recall from literally one paragraph ago, Calee claimed Pete broke up with her two days before Christmas. That’s December 23rd, for those of you who are mathematically challenged. After counting on my fingers, I’ve deduced that December 23rd to March 13th is a little under three months. So, while it’s possible that Pete didn’t know he was going on The Bachelorette officially at the time of their breakup and didn’t explicitly dump Calee to be on the show, to claim that Pete’s first interview was “months after” he and Calee broke up only fits if you’re giving ABC a reallyyyy fast turnaround on casting. Is it possible? Maybe. Is it likely? I don’t think so. I think the more likely scenario is that Pete had gotten the feelers out from the Bachelorette producers and ended things when he got the official green light to go on the show (or came close to it)—and maybe his relationship with Calee also was not working for whatever reason. I just don’t think this timeline is as spaced out as Pete is trying to make it seem, and I don’t think his hands are completely clean here, is what I’m saying. I do also want to side-eye Calee, though. If she knew since March 13th that Pete was being shady, why did we not hear about it until July 15th? My bet is homegirl wanted to see if Pete would make it far before she fully wrecked his sh*t. (An admirable strategy, but still, not the nicest.) Especially given this Instagram and caption…

R u a banana because I find you a peeling

So I guess I won’t fully say that Pete is complete trash (and anyone who knows me/my opinions on men in general would know that this is a HUGE concession), but he’s trash-adjacent. He might not have pulled a Jed, but it seems like he was dishonest somewhere along the way. And I’ve just got to say, to all the men with girlfriends or sort-of girlfriends: can you f*cking not go on The Bachelorette?? You’re ruining it for me. If I’m really meant to believe that conventionally attractive, tall men with jobs cannot find girlfriends, no matter how hard they try, you need to cast people that do not currently have some semblance of a girlfriend before coming on the show!! It’s shattering an already very flimsy illusion. And, on top of that, it’s just selfish. You already have somebody at home who likes you. You do not need the adoration of a beauty queen and all of America. Save that sh*t for the people who can’t go on more than two dates without getting gaslighted or ghosted.

Even still, this isn’t strong enough evidence to cancel Pete completely. From the looks of it, he’s still beloved by every woman in America. So my only advice to Pete would be: don’t f*ck this up. And by that I mean, don’t go on Paradise, unless you want to become the Dean Unglert of 2019.