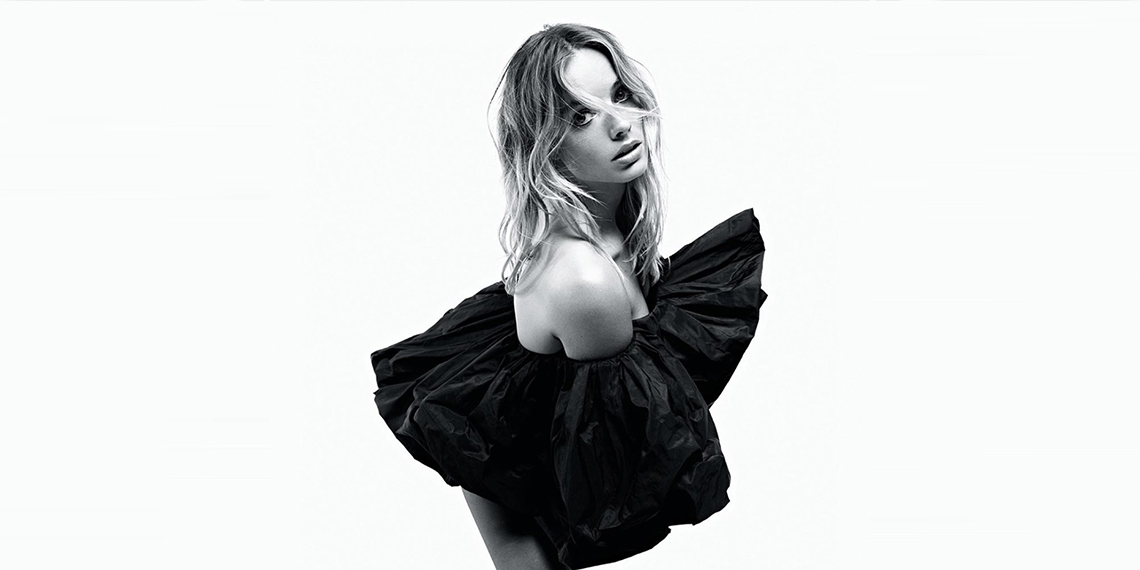 Photoshop Fail Of The Week: Where Is Margot Robbie’s Leg?

Often times my Photoshop Fails are everyday pics from celebrities/models/random thirst traps. They take a photo in a tropical location, edit it in Facetune or Spring or a slew of similar apps, then post it on their Instagram without much thought to things like whether the lines behind them match up or whether they completely warped some innocent bystander’s neck in the background. That stuff is pretty common because these people are not professional photo editors and don’t know what the f*ck they’re doing. That’s not to say it’s okay, but at least I understand how they messed up so bad. But when the pros f*ck it up, it’s another story. It’s like, someone thought you were good enough at this to pay you for it, and you still can’t do it right? Look at your life, look at your choices. (Hi, it’s me again, your friendly neighborhood designer who literally went to school for this and is taking on new projects.) And, when you’re the photo editor for one of (if not the) most renowned magazines in the entire world, and you still pull some sh*t like the sh*t I’m about to show you??? I honestly don’t even know how it’s possible.

All that is to say: apparently Vogue Australia thinks this is an appropriate way to edit Margot Robbie:

This seems like a joke ad, but I swear, this is legit. Someone took one of the thinnest and most beautiful actors in the world and just kinda cut off her legs. They VERY poorly shaved her front leg down.

P.S. Human legs don’t have straight angles like that. It’s also just a super weird angle for a photo.

But that doesn’t even look like a leg anymore. It’s like, a weird stilt they set the top half of her body on. And the best part is that they couldn’t figure out what to do with her other leg. So they just took it off.

Yes, you could argue her other leg is behind the front leg. But seriously, where? This is not how the body works. Who did this edit and went, “yes, looks totally normal”?!

It kills me that this is probably one of the highest paid photo editors in the world doing this shit. LOOK AT THAT LEG. Also, considering her hair flyaways and the fabric of the… shirt? tutu? she’s wearing has edges intact, I’m going to say this was shot with a backlit white background. Meaning there is no background to cut the image out of. Meaning there is zero reason to edit the legs, period. The only reason is that some sick bastard who is paid way beyond his skillset said, “Margot Robbie’s legs are fat, let me fix them.” Which? IS INSANE.

Seriously, here are the legs deemed unacceptable for Vogue:

What are these people smoking? Once again, another insane standard for women: we now are not allowed to have legs that can support our bodies. For fashion. Only one stilt allowed.

But don’t worry guys, it gets worse. If you think stilts are sexy, wait until you see this genius’s next edit.

I bring you: CARTOON PANTS!

Unlike the rest of Margot’s body, her pants are devoid of any and all light—and are drawn over like a cartoon. Look at her ass-to-leg angles. It’s a literal cartoon butt. Comic book women have more realistic asses than this. I like how they smoothed all of that out, but left her with a super pointy knee that could stab a bitch. WHAT? You can see the difference in the line quality between Margot’s arms (true edges) and the cartoon pants. The pants’ natural edges come back around the ankles. Great job, everyone.

Who knew Legs All The Way Up Griffin was the key to female beauty?

Except of course, if he were in Vogue, he’d only be allowed to have one leg.

Get your sh*t together, Vogue. Hire people who know what women actually look like. Also, if Margot Robbie isn’t attractive enough or in good enough shape to be left the f*ck alone, your standards are MESSED ALL THE WAY UP.

What fails have you seen recently? Did you notice how insane Margot’s edits were right off the bat? Are you surprised that such a major company does such sloppy edits? LMK in the comments!