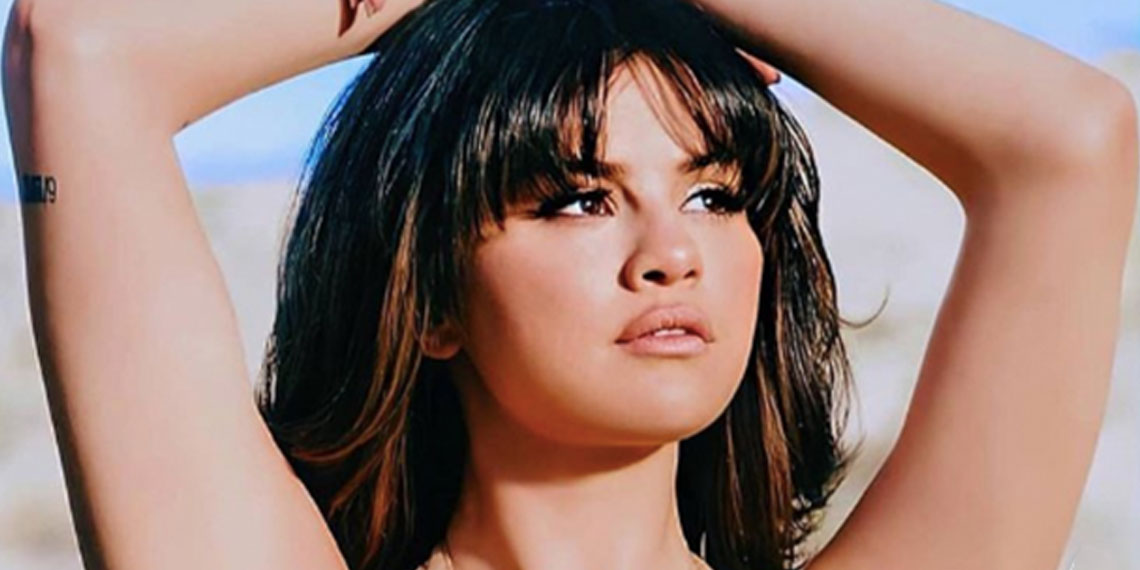 Photoshop Fail Of The Week: Where Are Selena’s Armpits?

Photo editors around the world are often guilty of a few things. Making women too thin, airbrushing every line from someone’s face, and strangely enough, pretending women don’t have armpits. I get the purpose of the first two: we, as a society, have decided looking sickly thin is most attractive and we’re currently trying to claw our way out of it, but most magazines and ads have not caught up. I blame Facetune for perpetuating this bullsh*t and making everyone think it’s okay to erase out their rib cages, too. The wrinkle erasing makes sense too because we also, as a society, are anti-aging, which is why so many people of my mother’s generation can’t move their faces. Neither can the cast of Vanderpump Rules, just because they are so afraid of aging. But like, I understand what they’re trying to do with those types of edits. They’re attempting to make everyone look young and thin. But seriously, what is the deal with the armpits?

Selena Gomez, one of the most beautiful women ever, posted some pics from her new music video:

So my rare video is out! So I’m posting a few pics from that day

And uh, I can’t help but notice something’s missing? Why are her arms growing directly out of her boobs? She should probably have that looked at by a doctor? I’m not sure why we’re at this point in photo editing where BASIC 👏 ANATOMY👏 RULES 👏 no longer apply, but come on, everyone has armpits, even celebrities! It’s how your arms connect to the rest of your body!

And BTW, this is not a hair removal effect. If you shave, you’ll still have follicles and pores showing. If you wax or laser and no longer have hair in the follicle, you still have creases and pits because that is how your arm attaches to the rest of you. I did laser hair removal, and I assure you, it does not laser off the entire armpit. This edit just makes you wonder, if they’re going so far to erase out something as basic as armpits, what else did they edit?

The second photo in the carousel shows that she kind of has real person armpits, but it’s a weird angle:

So I did some detective work to show you that this is not a real thing. But guess what?

Striking a pose in the new @puma Defy Mid. #DoYou

There was more of this sh*t! Does Selena ask them to remove her armpits in every photo or is this just so widespread literally everyone does it now?

This one is a little better;

Ok freaking out a little. Thrilled to share my first American @voguemagazine cover with you! Read the story and see the full spread in the link in my bio. Photographed by @mertalas and @macpiggott

I mean, there’s at least a crease but it’s still smoothed out like she’s a Barbie doll!

It took me digging until 2015 to find a photo with Selena’s actual armpits still intact.

Me and @byjakebailey living, playing and working all the time. #REVIVAL

And it still totally looks like she got laser hair removal, btw. I would know, I am also pale with dark hair and you can see your follicles under the skin unless you wax/laser. But here is your proof! Selena Gomez DOES in fact have armpits. Like a real person! Celebrities, they’re just like us!

Now, if only we knew why they are constantly airbrushed out for no apparent reason? Do you guys notice when you see things like this airbrushed on celebrities? Do you think it’s creepy or that it actually looks better? How do you feel about women not being allowed to have armpits anymore to be considered attractive? What’s the weirdest airbrush job you’ve seen? LMK!