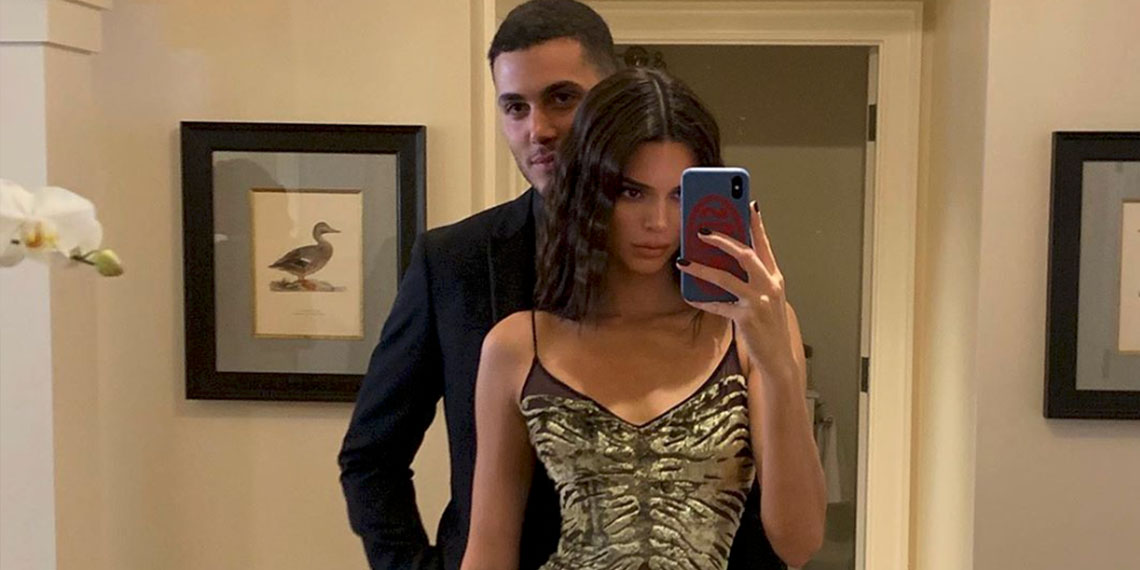 Photoshop Fail Of The Week: When Even Supermodels Aren’t Thin Enough

You guys know Kendall Jenner, right? I mean, of course you do. She’s super famous, has been her entire life, and is one of the highest-paid supermodels in the world. Her face is everywhere. If there is one thing I know about Kendall, it’s that she’s very, very thin. She has to be, being a supermodel. She’s like, nine feet tall and weighs 87 lbs. Now, we all criticize our bodies, and feel like we could stand to lose weight, tone up, be thinner, etc. But you would think if you’re a supermodel and are one of the thinnest women in the world, you’d probably get over that. You’d be happy at your size and feel thin enough. Right? YOU WOULD THINK.

Which brings us to today’s Photoshop Fail of the week.

When Kendall posted this photo, I thought it was realistic. Yes, those body portions are insane. It looks unnaturally thin. But isn’t Kendall the definition of unnaturally thin? If we were all that tall and thin, we’d all be supermodels. She just has this crazy specific body type. (Sidenote: this is also why it’s so important that we move away from all models being scary tall/thin. It’s not a good representation of what clothes look like on the rest of the population.)

However, even for Kendall, the way her chest is almost shelved compared to her waist looks off to me. And her waist-to-hip ratio is crazy. The thing is, if you have a waist this thin, you probably also have teeny hips. You can’t spot-reduce just your stomach. I mean, I guess you could get lipo, freeze the fat, that awful thing that sucks fat out and puts it in your ass, etc. Which in this family is very common practice. But could it be realistic? I mean. I guess?

But that’s when I noticed that the walls looked a little wonky. BENT, even. Are you telling me that Supermodel Kendall Jenner still does not think she’s thin enough, so she Facetuned her body to make her look even thinner?

A lesson for all of you, real quick: walls don’t need to be perfectly straight to the camera. Your camera could be/most likely is held slightly crooked. And sometimes, walls are crooked due to structural issues. I live in a crooked apartment, actually. It’s only really noticeable when I tried to use a level to hang my artwork, or when I cook and all the oil in the pan shifts to one side. But here’s the thing. Even if that’s the case, the walls still would not bend. The wall would just be at a diagonal, but the line itself would be straight. A wall doesn’t start going one direction and then curve to the right without intention/design. So back to the photo.

Every single wall is bent, and they’re all bending at Kendall’s waist, head, or arms. I also would like you to note that the floor even has wavy lines only on Kendall’s side. Her dress, coincidentally, also has a blurred line on that side, too. That back door frame is the worst of it, curving waaay to the right (also coincidentally next to Kendall’s blurry arm lines). You can see that the top of the doorway is perfectly straight, so we’re not in some weird, crooked apartment like mine. The wall lines all begin perfectly straight until they get near Kendall.

You can also see the perfectly straight lines of the picture frame on the left, compared to the bent lines on the right picture frame. All the lines around her male companion (I don’t know who this man is) are straight and even. It’s just that Kardashian/Jenner force field that causes all objects to bend in their wake.

Also? What is going on in the upper lefthand corner? It looks like Kendall somehow accidentally stamped that column twice? I’m not sure what she was trying to fix there, it just doesn’t look like it makes sense in the structure. And also below that, the wall holding up the column suddenly juts out and misses it entirely? What did she try to fix?

But seriously, why did Kendall do this to her photo? This misshapen background can be explained by Kendall moving her arms and waist to be smaller, head and hips to be bigger. Why do people make their heads bigger, you ask? It makes the rest of the body look smaller and eyes and lips bigger. She’s lucky her male friend was wearing all black, otherwise we can guarantee there’d be some wonky lines around that waist.

So just in case the state of the world was not depressing enough, there’s this. It doesn’t matter how thin/rich/beautiful you are, no one is ever thin enough or happy enough with their body. And if you see a photo where you’re like, “I’m sorry, no one is that skinny,” you’re probably right. Can’t we just all agree to say f*ck it and go out for burgers? I don’t care for this insane kind of pressure.

Did you notice something off when you saw Kendall’s photo? What do you think about insanely thin girls editing their body even further? Do you think people like Kendall are responsible for the toxicity they spread on what the “ideal woman” should look like? What other Fails have you spotted recently? Let me know in the comments!