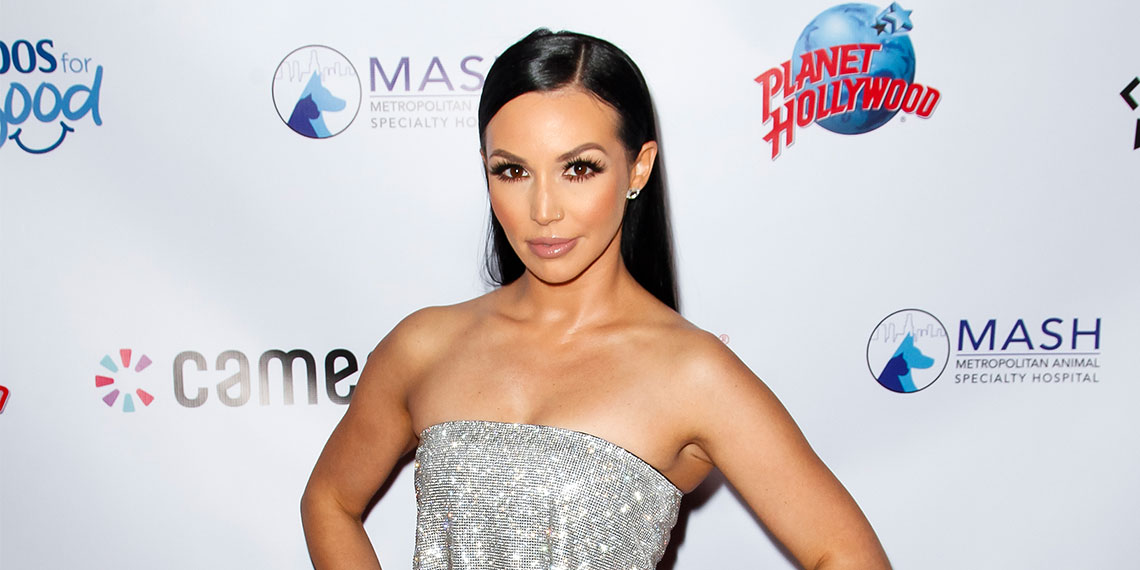 Photoshop Fail Of The Week: What Happened To Scheana’s Nose?

Scheana Shay gets kind of a bad rap on Vanderpump Rules, even though people like to conveniently forget that she is the reason this show exists in the first place. (They need to put some respect on her name.) I recently rewatched all of VPR in preparation for the new season, and let me say, I really miss when Scheana had a personality and self-confidence that wasn’t based on everyone else’s approval of her. We’re kinda sorta getting some of that Scheana back, like with this week how she came ready with Max’s receipts of him being shady. But one area Scheana could stand to be a bit more unapologetically herself? Her Instagrams. Take a look at what I mean.

Scheana posted a sponcon ad for Netflix’s show The Circle (great show, BTW) where she posted a carousel of her first photo on Instagram ever and then a recent photo.

Y’all here is my first photo on Instagram vs. one of me now for #CircleBackChallenge. I was just watching @thecirclenetflix and it made me think back to my early days on social media. A lot has changed, like the way I apply makeup/contour, but I’m still ME (no plastic surgery), which might not help me win #TheCircle—and that’s okay!! I want to see all of your social media beginnings, so I dare you to post your first photo using #CircleBackChallenge! @netflix #ad

The first thing I noticed was how 2012 this first photo is. But that’s not really the issue—the issue is that the second photo is so Facetuned that she does not even have a nose. And here’s the best part: HER CAPTION. She says she has changed her makeup and counter but she’s still “ME” (without plastic surgery). Like, yes, while she might not have gotten any plastic surgery, can you really claim that you’re being real when your face is so blurred that it lacks any sort of definition? Or even a nose? I know that everyone these days uses Facetune, but it’s misleading to use it and then claim you are being authentic, which is basically what’s happening here.

(Also, having plastic surgery or not has nothing to do with anyone’s chances of winning The Circle, but that’s neither here nor there.)

And even more concerning is the fact that this is not a one-off instance… a lot of her photos are like this.

Couldn’t be any happier for these two! Y’all are gonna make great parents to baby Skylar! 💗

Does it still count as “makeup/contour” if you just erase out your entire face in every single photo?

Anyway, back to the first photo in question.

Facetune that pops out immediately to me: she definitely enlarged her eyes, she airbrushed her skin so it’s completely blurry, she has NO NOSE, her head is blurred into her neck, her makeup was color enhanced (poorly) so she has orange splotches (or she began using Donald Trump’s makeup artist?), she made her lips bigger and blurry, and although she always has eyelash extensions, it looks like she painted fake eyelashes on with the app as well.

Sooooo what percentage of this is her actual face?

In case you didn’t know, here is what Scheana’s actual face looks like compared to her Facetune.

Look guys, she has a nose in real life! I’m not sure when looking like Voldemort became the desirable beauty standard, but alas, here we are. 2020 sure is a trip.

Scheana is gorgeous, and it legit makes me sad to see people edit out their own natural features like a f*cking nose because… they don’t like the way it looks? Society has told them it’s not okay to have one? I’m not sure what the reason is, but Scheana, do yourself a favor. Pull yourself up, tell everyone to f*ck off, and just be the you that helped land a show that is the best show on Bravo. And easy on the Facetune. You do not need it. Despite what you apparently think, Voldemort is not the epitome of female beauty.

Do you guys like Scheana? What do you think of celebrities claiming it’s just makeup and then warping all their features with Facetune? Why is everyone against having noses? What other celebs do you follow that are guilty of making their faces Voldemort chic? Let me know your thoughts in the comments.