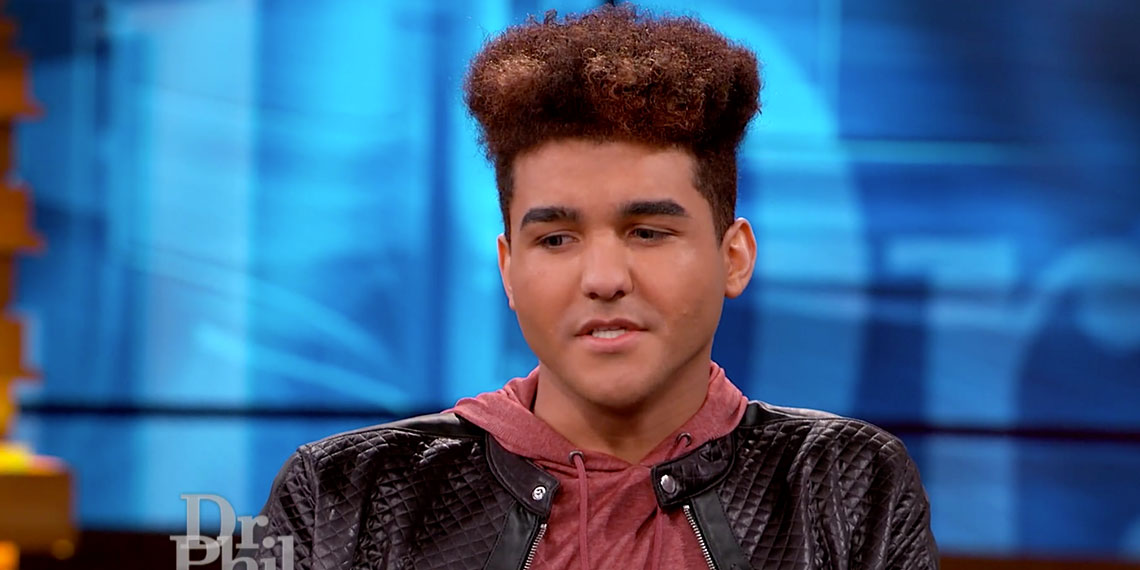 Photoshop Fail Of The Week: The Most Delusional Man In The World

Sooo, here’s the thing. I adore Dr. Phil. I’ve watched his show pretty much every day since I was 14. This is why I am so good at advice: I always agree with everything Dr. Phil says, and when I think I don’t, it’s because he’s going to come at me after the commercial break with some logic that I didn’t think of previously. He’s the best. But this article is not about Dr. Phil. It’s about this trash person named “Larz” (seriously, I wish I was kidding) who is desperately trying to become viral, no matter the cost.

Larz was featured on Dr. Phil last year because he thought he’d get actually famous like Bhad Bhabie. The episode was excruciating to watch, with Larz and his friend talking about how all they care about is getting followers and do horrible things like lick groceries in the store and put them back. As a germaphobe and immunocomprised person, I could not be more disgusted, and that was before the coronavirus pandemic. Thanks for putting people’s lives in jeopardy because you think it’ll make you famous!

BTW, who wants to be famous for being the sh*tty guy who licks groceries? REALLY? That is what your life goal is?

However, this is what you can find on his social media:

It is literally so absurd that I almost wonder if he just found an actual model to play him on his Instagram. I tried to make a GIF:

But none of their features even come close to matching up. It’s two entirely different people! Where do you even start? That is not his head shape. He drastically elongated his face. He gave himself a new chin, a new nose, new lips. That is not his eye shape or color. Those are not his cheekbones. And he’s a fan of the James Charles block head. How many hours does this guy spend on Facetune to pretend this is his face? Or like, is he just catfishing people? Also, his Instagram is full of selfies. That are not him. This is just so confusing.

And if that weren’t bad enough, Larz recently decided to be even more of a prick and decided to lick toilet seats in an attempt to make “a joke” out of coronavirus. Why, why, why would it ever come to that? Who thinks that is funny? Who would be laughing? But the joke is only on Larz, because then he allegedly got coronavirus. Karma works fast.

Larz, I hope you get your sh*t together after this. I hope this is a valuable lesson that putting people at risk is not a joke and that this is not the kind of attention anyone should want. Instead of being known for being a garbage person, I hope when you recover you find some way to give back to the community you endangered and do something good for coronavirus victims.

And stop warping your face because I promise you, no one believes that is you.