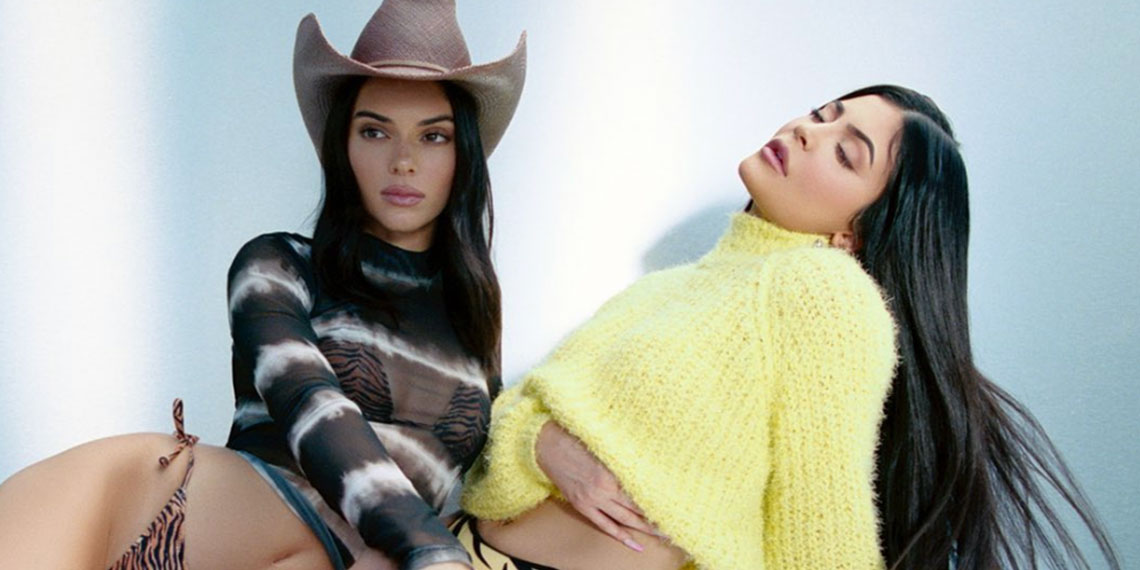 Photoshop Fail Of The Week: The Jenner Sisters Have Become One

Another day, another Kardashian/Jenner abusing the laws of physics. Seriously, guys, if you quit posting horrible edits, I might have to actually get a real job. Thanks for keeping my paychecks coming! Anyway, as we well know, basic laws of the universe just don’t apply to the Kar/Jenner Klan. Their asses warp walls, they make millions from posting about diarrhea tea, Kim even gets people out of jail now. Actually, that one makes me really like her, like good for you for using your powers for good for once instead of telling women they need appetite suppressing lollipops. But today, the Jenner girls are once again abusing all that is science. Nothing is sacred in this family, especially not anatomy.

Is this physics? Maybe it’s more biology? Don’t know, I was an art major. But, guys, I hate to have to tell you this, but Kendall and Kylie Jenner somehow got into some freak accident and have now become joined at the hip. Literally.

My first reaction upon seeing this: What the f*ck exactly am I even looking at? It’s basically a Jenner octopus—just like, limbs all over the place. A Jennerpus. Nope, sorry, that is definitely the inevitable sex tape one of them will release in the near future. It’s an OctoJenner. Our new favorite sea critter! Whatever you want to call it, it is weird, and it’s a super strange ad.

Like, what are they trying to sell us? Apparently the new fall collection for the Kendall and Kylie line? One, I did not know this was still a thing, does Pacsun still carry it? Does Pacsun still exist, actually? Do the youths shop there? Two, they’re not even wearing pants. Like, what are they selling? This is not an appropriate fall outfit, even in SoCal. Their fall line consists of sheer tops, animal print panties/bikini bottoms, and a single Minion-yellow sweater? And a cowboy hat? Really?

That aside, this is just the strangest photo ever. I would like to compliment that at least the girls have a normal width-to-thigh ratio instead of the toothpick Facetune work they’re so fond of, but the perspective is so badly warped that what we are looking at makes no sense. Kendall’s knee is bigger than her face. Her hand is also enormous due to the distortion. Who was like, “yes, the perfect shot”—to sell clothing, no less—”is to take the picture vagina first. Everything should be at vagina-eye level”? I mean. What?

And it’s not just the director of this photoshoot that done f*cked up. THE EDITING. Where to even begin with the editing? If someone handed me this photo to retouch, I’d just throw it away. It’s too weird to even try to fix. The first thing is that I’m not sure they were even photographed on this backdrop. Which is weird, because it’s a really plain, easy-to-shoot backdrop. But they look like they were cut out and pasted on it. The lines around them are blurred and smoothed and flat in places that don’t make sense. Kylie’s hair is blowing in the wind, but only on the bottom half? The top half has clearly been cut from another image. I’m not even convinced they were both in the original photo. It almost seems like they cut two separate photos of the girls in weird pretzel positions and spliced them together. Or maybe just swapped out the heads?

In drawing, this is a big no-no. You never want tangent lines because they look unrealistic and confusing. You’re telling me Kendall’s hat just happened to end at the same super-smooth angle of her hair? And then there are a couple random strands placed back in. What did they cut her out of? Why didn’t they just take the photo on the backdrop? Did they just swap her face from a different photo and do it very poorly? The world will never know.

But that’s not all!

This one is funny, because I have opposing feedback for this portion of the photo. One part is too much editing and the other part is not enough. The too much is… why is Kylie’s ass glowing? Yes, I realize she paid a lot for it, and asses are their brand, but like… they literally just backlit only her butt cheek? I don’t understand? The photo has been lit in front of them, that’s why we can see shadows behind them. #Science. So. There should a shadow behind her ass, not a new source of lighting? Once again, science does not apply to this family. Unless Kylie has her own butt light at photoshoots now, which I wouldn’t really put past her, tbh.

This almost never happens, but Kendall’s hand behind Kylie is where I would actually criticize not enough editing. This looks f*cking weird. It also distorts where they are in space to me—like again, were they photographed together? I usually hate when limbs are edited out because it often looks really horrible and like there is clearly an arm missing. But in this case, Kendall is hidden enough by Kylie that we didn’t need to see her single finger poking out of Kylie’s asshole to understand that her arm is back there somewhere. This should have been edited out, 100%. It just looks wrong.

But here’s my favorite part:

WHAT has happened here? Kylie’s knee is literally growing into Kendall’s arm. What could they possibly have meant to do to result in Kylie’s knee disintegrating and blurring into Kendall’s wrist?  I don’t even have answers here, but it again leads me to believe they didn’t take the photo together and then the editor didn’t know how to make it look realistic that Kendall’s arm is over the leg, so they just sorta… smashed it all together. It looks like her knee is cartoon chewing gum.

IDK girls, maybe next time you try to sell us clothing, strongly consider wearing the clothing in a cute way so we can see what it looks like on. Instead of posing in bikini bottoms on top of each other but not actually in the same room as each other. But if you don’t, at least I have job security.

Is the worst Photoshop job you’ve seen in a while? Did you notice immediately what was wrong with the photo? Do you think posing as pretzels is a weird way to sell clothes, or that it’s weird to lay on top of your sister when you’re both only wearing thongs on bottom? LMK!

On a body-positive note, Kim Kardashian did a whole tutorial today about the extensive process she uses to make her boobs not sag in certain outfits. I actually really love this. Look, we all have boob sag, we all have issues with backless or super low-cut clothing. My advice is to say f*ck it and wear it anyway. Kim’s method looks like it hurts and takes up a lot of time. But if you’re going to do some trickery like taping your nipples and boobs together to make them look propped up, being open about it is pretty cool. You can do whatever you want with your body, but I feel like most of the toxicity comes from the idea that this is what women are supposed to look like naturally, and how you look is “wrong”, especially when coming from a public figure. At least talking openly about it—even if she’s only doing it to charge you a ton of money for literal tape—shows that all women have this problem and no one has perfect boobs. Good job, Kim!

@KimKardashian shares her styling solutions with SKIMS Tonal Body Tape and Pasties – launching NOVEMBER 14 at 9AM PST / 12PM EST. Join the waitlist now at SKIMS.COM to be the first to shop.