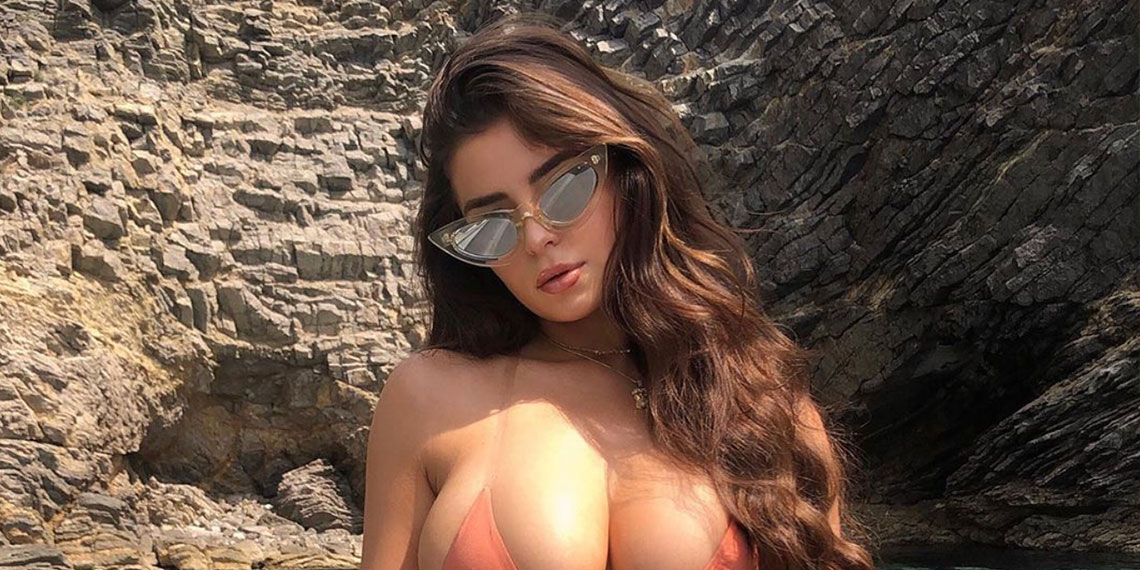 Photoshop Fail Of The Week: The Case Of The Missing Railing

Well friends, it’s a new year, same bullsh*t from Instagram models. I would get mad, and I am, but then I wouldn’t have this column. So, silver linings, I guess? I don’t even like to follow a lot of models or influencers on Instagram. Mostly because they’re all full of lies and I just cannot with it. It makes me super annoyed when I see yet another teensy toothpick waist with Kardashian hips. This is why I follow primarily artists, dogs, and Real Housewives. I just can’t wait until Facetune is a thing of the past and we all own our natural bodies. When will this day come, people? Apparently it’s not today. 2021 will be the year for sure.

This week’s Photoshop Fail was sent to me. I don’t even know who this is. I Googled it. She’s a model. (That explains my ignorance.)

Although Demi Rose Mawby is allegedly a model, I cannot find what or who she models for. Is it Instagram? Unclear. But Demi Rose is insanely beautiful, that much is clear. It’s a little unclear how she doesn’t fall over with her absolutely massive breasts, but that’s neither here nor there. I do love seeing models that have curves and aren’t size 0, so overall, I’m totally supportive of this.

Just glancing at her Insta, she clearly is a fan of Facetune. I’m sure she has a great body IRL, but some of her photos her proportions are just a little too insane. She also likes to enlarge her eyes.

I’m ready to flood your feed with Thailand pics. You?

Sorry, not buying it. It’s just a LITTLE too cartoon-y to be believable to me. But something that really annoys me, it’s like, good for you for changing the modeling standard with your curves, however, can we f*cking not edit our waists into oblivion? It kinda just cancels out the inclusive aspect that makes breaking the stereotype important. But let’s go back to the first photo.

See anything wrong with this picture?

Like whoa, her boobs are larger than her head. Her body is crazy. Her waist is like super structured, like this is usually the result of three pairs of Spanx to get a waist that cinched! Crazy. So crazy, in fact, that her waist melts away metal railings!

Um, hi? How have we reached this level of laziness that she demolished an entire railing and went, “eh, it looks fine?” I think it’s really creepy that the rest of the background looks so good—you can’t even tell she removed the railing! The water looks totally believable, as does her waist/thigh line. I mean, now that it’s clearly been edited, I can see where she made her arm smaller too—the waterline and rocks all curve into the super skinny upper arm. The arm is also slightly indented in a strange place (at the waterline too!). But it’s a pretty solid edit, except for the missing rail!

It would be a huge coincidence if the railing just happened to end at that exact spot, but the fact that the railing on either side doesn’t match up (it’d be a weird design choice), and there are wobbling lines on the railing suggests it’s been (badly) edited.

It’s a scary world we live in, guys. This is how good these apps are at editing now: you can just hack up a boat to snatch your waist and it looks totally real. Demi, I’m sure your body IRL is pretty much the same. It doesn’t look like you even edit it THAT much, maybe just let it go and be a better role model for society?

Where are the models that own their actual bodies? That’s not a rhetorical question; it’s my next article, and I need help.

Do you guys follow random model/influencers on Instagram? Does it make you depressed? Can you tell that all their photos are edited? Are there any models that clearly don’t Facetune? Who is this person and why does she have so many followers? LMK in the comments!