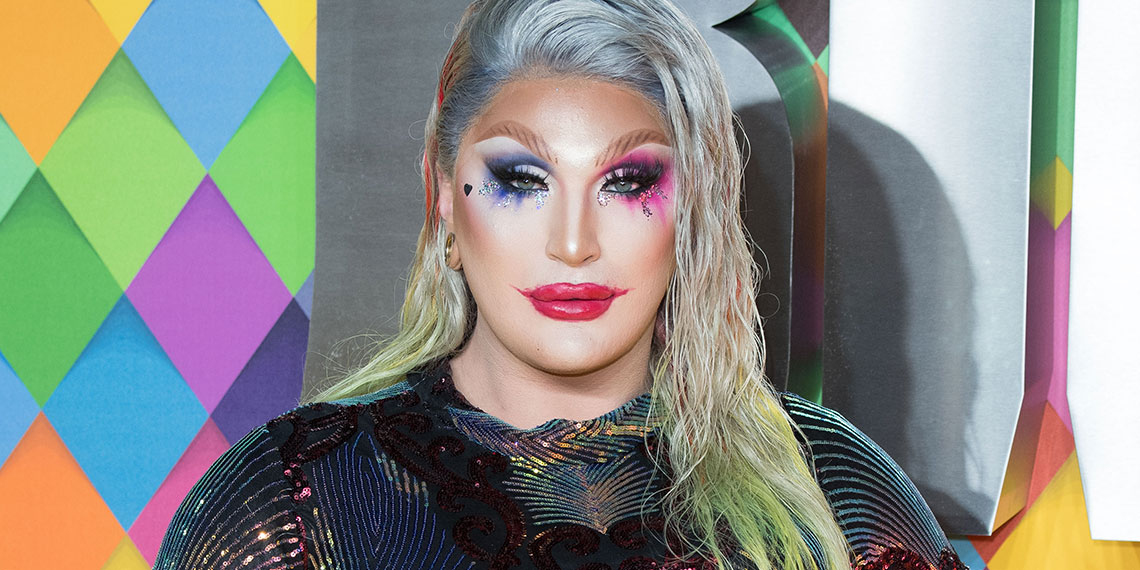 Photoshop Fail Of The Week: Sashay Away

I recently learned that I really love drag queens. I went to Hamburger Mary’s a few months ago for Drag Brunch and found myself low-key wanting to be a drag queen even though I am a woman. It was just so fun! All the costumes and makeup and performances—amazing. I’ve been meaning to watch RuPaul’s Drag Race for ages, I just need to get on it at this point. That said, given that I’ve yet to actually watch it, I have no idea who The Vivienne is. But judging from her Instagram, she is fabulous. Her makeup and just overall look is insanely over-the-top, fun, and awesome.

Hope you all had a lovely Christmas!!!! Time to hit the Sales!!!! X

And in full drag:

I mean, incredible, right? She is soooooo fabulous, I’m kind of jealous that I can’t walk around like this all the time. I mean, I guess I could. But I’m really lazy when it comes to getting dressed, especially with makeup. I’m more like, “Wow, I’m really broken out, I should probs use foundation today”, and then I just draw a cat eye and go out pimples a-blazin’ because it seems like too much effort. And let’s be real: all my effort in the world would not get my makeup as on point as The Vivienne’s. It’s seriously a work of art.

With this level of costuming and perfection, one would assume there is no reason to edit your photos. But alas, this article is Photoshop Fail, so you probably saw this coming.

The Vivienne posted this amazing photo of herself at the Birds of Prey premiere:

Like, how fun is the Harley Quinn-inspired makeup? Answer: very fun. However. Do you notice anything wrong with this pic? Like how a standard-issue watermark is a completely warped, perhaps?

But here’s what I REALLY don’t understand about people that take publicly accessible photos from places like Getty Images: Why do they Facetune their pics when it is SO easy to find receipts?

Because we found the original pic in like, two seconds:

This looks like a super quick edit of squashing in her face to give her a brand new head shape and cinching in her waist so that both her figure and the Getty Images watermark is snatched. When you put that level of artistry into your look, all I have to ask is why? I’m also very over people giving themselves entirely new head shapes (looking at you, Tana Mongeau). You can’t just pick a different head. That is not how it works. You are not Mr. Potato Head, where it’s reasonable to just pick all different body parts. And actually, even Mr. Potato Head keeps his original head shape!