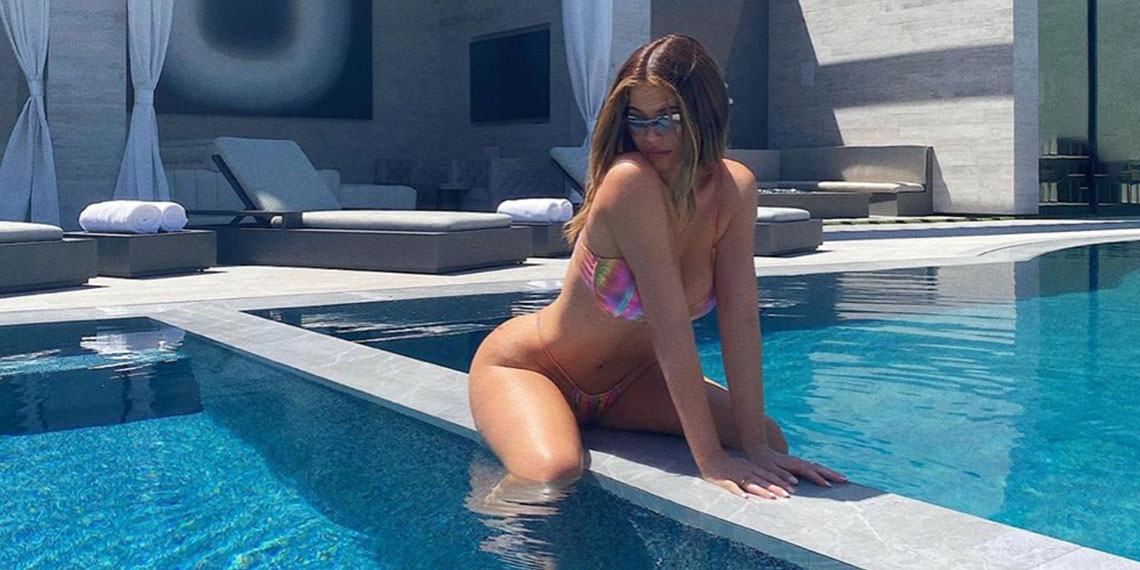 It is Day 54 of quarantine. I haven’t showered in a super long time. I’ve read everything on Betches, AND Buzzfeed, AND all of my social media feeds. I’ve watched basically all of Netflix and settled on The Office yet again. Also, have you seen Never Have I Ever? It’s fantastic but needs like, 30 more episodes. Times are dark, guys. As I obsessively scroll Instagram for literally any *ANY* new information, I see a little something from our dear Photoshop Fail Friend, Kylie Jenner.

Now, Kylie has been in some hot water recently because she went out in public without her paid paparazzi, and the photos were very normal. I’m pretty confused as to why people were surprised by this. Guys, NO ONE is a 24/7 thirst trap. It takes a lot of makeup and posing to look like Kylie Jenner, and it sounds exhausting tbh. We’re all in quarantine anyway, let her buy her chips in peace.

The way that Quarantine has turned Kylie Jenner back into a white girl pic.twitter.com/FQjlTEY95F

If anything, I love this, because it shows what we’ve been saying with this article series all along: celebs, they’re just like us! And it takes a ton of Photoshop, Facetune, creative angles, and contours to look like a celeb.

Of course, Kyle couldn’t just let it go and be cool, and has been desperate ever since to remind us that she’s actually super hot when she tries. I think it would have been a way better power move to just let it be. But as a Kardashian/Jenner they always need to look supernatural, so she’s been  posting pretty frequent thirst traps since.

So then she posted these:

She’s all, “Look at me, you poors! I am rich and thin and have a pool!” However, Kylie’s new house seems to have super f*cking weird pool.

Because in every photo, the structural integrity of the pool seems to completely fall apart whenever it’s near Kylie. Also known as the Kardashian Vortex.

Here’s the thing. Yes, water warps perspective, but it definitely does not warp the portion of the pool structure clearly OUT of the water. I thought these were pretty bad, guys. First, it gives me secondhand shame to picture Kylie posing all over her pool with probably her housekeeper taking 4,000 snapshots of her so she can prove she’s sexy to undo the chip pics. It’s just embarrassing. Like, enjoy your life and chill out. But it makes it even more embarrassing that she then painstakingly dragged her pics around in Facetune in order to get Barbie proportions and messed her pool up in the process. But then it gets worse.

Because this is actually her second post of said photoshoot. The first post included this image that was cropped differently:

Kylie you are the worst using photoshop pic.twitter.com/eoGOsG0BqA

Where you can clearly see THERE IS A GIANT CHUNK missing from her pool, that also surrounds her ass. I mean, what the hell was she editing for this to happen?

So there you have it. At least Kylie’s grotesque editing of her body is the one constant in our lives in these uncertain times.

Did you notice Kylie’s messed up pool immediately? Are you now a pro at spotting these Fails now? What other Photoshop abuse have you seen lately? Do you agree that Kylie should be allowed to buy chips without having a posed photoshoot? LMK!