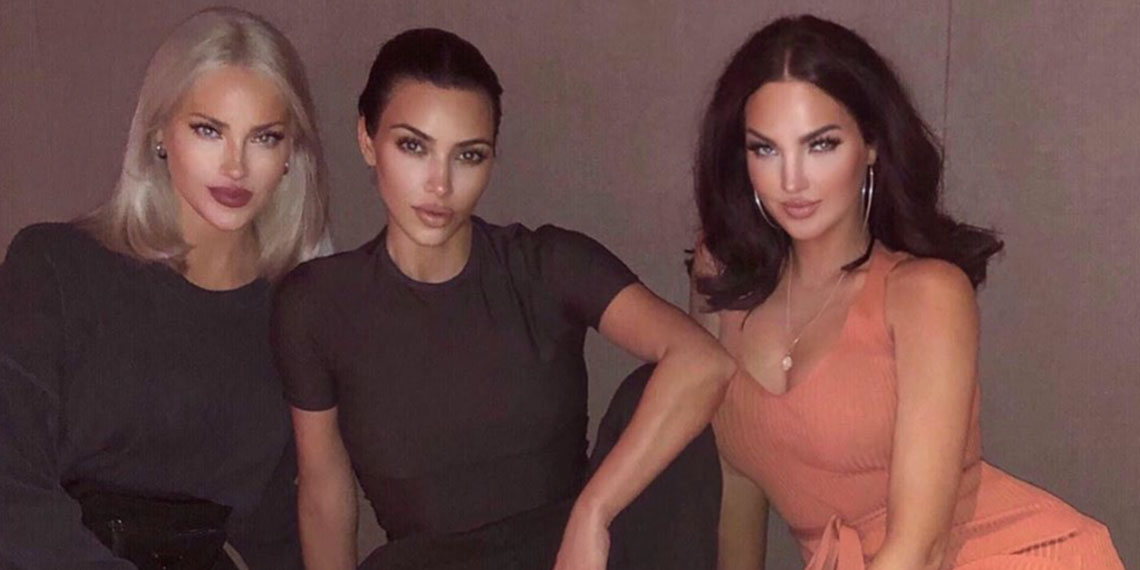 Photoshop Fail Of The Week: Just Say No To Facetune

Hi everyone! I’m glad you all liked the GIF from last week’s fail, but keep in mind that only works if I can find the original, unedited photo. Sooo, if you find a Photoshop Fail that’s posted from an event, let me know and I can grab the original pap photo to do that with! For personal photos, we never get to see the originals. Boo.

For this week’s Photoshop Fail, we’re actually to discuss why Facetune is awful, and you should not use it. Seriously, please stop. It’s a scary, scary place. I mean, only refrain from using it if you want to look like a human person as opposed to a creature from Alien v Predator.

Look, he doesn’t have a nose either!

Let’s just look at these faces close up.

Who is this person? Is she aware her lips are 1/4 of her entire face AND incredibly lopsided? Is this the epic fail of a surgeon? God, I hope not. You can also see a slice of her lip cutting into the skin above it? Also, it looks like her nose has been sliced horizontally across? Like, the bridge doesn’t match the rest of it? Not to mention, it’s a teeny tiny little non-nose? And her eyes are pulled at a strange angle, like she’s recently had a very bad face lift (huge possibility, tbh).

Now let’s get to Kim.

Miss KKW herself, looking as plastic as ever. In addition to her scary skin texture, she looks like she has blowup doll lips? I know this woman has had a lot of work done, but yikes. Also, she didn’t give herself a crazy eye lift, but she definitely made her eyes larger and sparkly, and in it, accidentally streaked her eye skin in a super strange line. In fact, they all have scary sparkly eyes. What is with that edit? I’m not sure what she’s done to her nose, but not only is it jutting out at an abnormal angle, she’s somehow managed to make it look like three bulbous sections? Like when they teach you to draw hills in elementary school?

But it gets more concerning still.

WHO is this poor lady? What did North do to her? (Apparently North was the photographer.) Her lips, especially that top lip, are soooo crooked and warped. She has no bow or indent in her lip, it’s literally just a big hunk of top lip. Her eyes are all angles, again like a bad face lift. And her smile line on the right side is WAY too far from her lips, like she’s The Joker. And somehow, her earring on her right side was blended INSIDE of her cheekbone? It looks like she’s pierced a hoop earring into her cheek? And the other side her face/neck and the earring have now become one.

But most offensively, this woman’s nose as been reduced to a rectangle. Apparently she’s waiting to audition for Bob’s Burgers.

I really don’t understand the sparkly eye Factune edit; it never looks natural. It’s like that bad Snapchat filter. All these women are seriously posting pics like this, thinking it’s attractive:

For the most part, it doesn’t seem like their bodies were super warped, more just that they dressed in flattering outfits (ALWAYS the way to go). Except for this:

Kim gave herself a scary tiny bicep that pales in comparison to her huge forearm. Yes, some of it is perspective. But the blurring shows a little of Kim’s skintone OUTSIDE of the arm too. It’s a scary little arm that reminds me of that guy from Scary Movie.

Another Photoshop Fail for Kim Kardashian, you go Kim Kardashian! But really, just please delete Facetune, you are scaring the children.