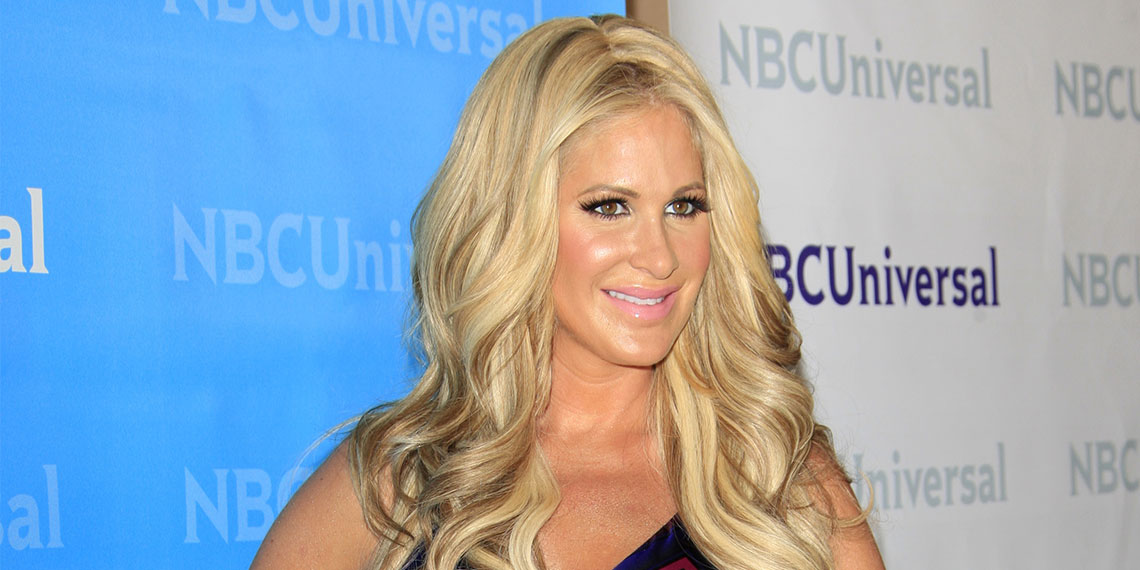 Photoshop Fail Of The Week: Is Kim Zolciak Okay?

Kim Zolciak-Biermann, former star of The Real Housewives of Atlanta, is one of the worst photo editors I have ever seen. She’s also one of the biggest abusers of unneeded plastic surgery I’ve ever seen. Serious question, honestly: what is the point of doing so much random shit to your face and body, if you’re just going to edit it to be unrecognizable in every single photo? I don’t even understand. Are these people aware that for zero dollars, zero recovery, and zero waste of time, you can just have your actual face, and post pictures of said face, and no one gives a shit? I’m sure her husband loved her before she became an alien cyborg? I’m just not sure what the point of this is. Especially because as a celebrity, you’re going to be criticized for absolutely anything anyway, and I promise you, more people will hate on your unnecessary surgery and botched Facetune jobs than your original nose.

Which brings us to this photo. This is what Kim Z thinks is believable for what she looks like:

Shall I get my red pen ready?

I’m sure the longer I look at this the more I will find, but just a quick glance gave me ALL OF THIS. First, she’s so airbrushed she has zero nose bridge. Which, yes, some people do not have defined nose bridges. Kim is not one of those people. Her nose here does not look normal. Her jawline is crooked. Her arm has all these lumps and bumps. Her elbow has been sharpened to a lethal weapon. Her hand is all bumpy in strange places. One finger is twice as large as the other (what exactly was she trying to fix here?). And then there’s this bizarre dark mass I found in her elbow.

Here it is a little more zoomed out:

Like. What. What is that? What was it supposed to be? Why are weird things always around the stomach area? Can you please explain what kind of editing you attempted to do that gave you this strange mass?

I also thought Kim edited her lips at first, considering they take up 1/3 of her entire face, but then I saw this video:

This was me this morning on my way to LA with my favorite breakfast @310nutrition shake! 🌴 I know I’m getting a complete meal with superfoods, plant-based proteins, vitamins and probiotics to start my day. Whether you’re looking for nutritious weight loss options for the holidays or needing a tasty snack in LA traffic 🚘 #310shake is the way to go for me. Try out their bundles and delicious flavors with code “KIMZLA15” for 15% OFF at checkout! #310ad #weightloss #fitmeal

So in this case, the lips seem like the fault of the doctor giving her fillers, not Facetune.

And before you’re like, “Omg Kim has never had surgery!! She doesn’t edit her photos! I’m a surgeon!! She is 100% natural!!” like I see on other posts (which… really? No one is buying that sh*t.) Here’s a picture of what Kim ACTUALLY looks like:

And in case you somehow do not see a difference. But like, maybe get your eyes checked.

There’s definitely an angle difference. But. This is not the same person. Also?

You know, back in 2009, when she was still a mostly-natural human woman. So. Would love to hear your thoughts on whether it’s the angle or lighting for this one. And because I just had to:

It’s crazy what people look like pre-famous, right? But Kim! You have a whole new look, so why do you still use Facetune? I mean, your new nose looks way better than having no nose at all in the airbrushed AF photos you post on Instagram. At the very least, quit giving yourself weird dark blobs and crazy sharp elbows. That is my expert advice for you.