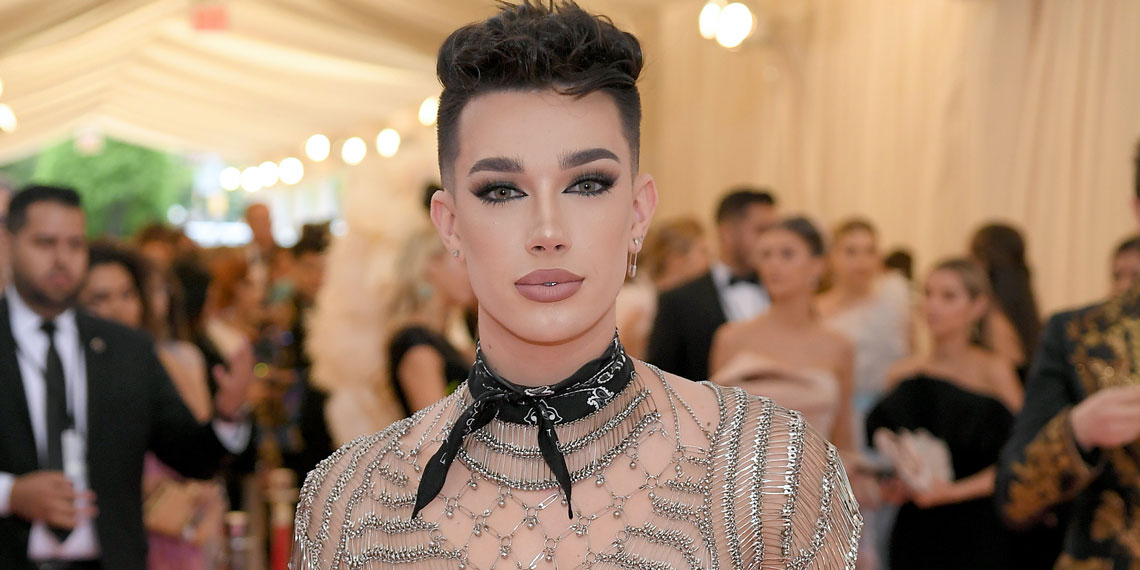 Photoshop Fail Of The Week: Is James Charles Still Canceled?

Hello, all. Today, I’m going to show you a different sort of Photoshop fail. I know you guys like the super messed up ones, but what I think is scarier are the ones that look almost real. The ones that don’t have any obvious tells. Any retouch work I do, for example, is seamless because I know what to look for and I have a degree in Digital Arts. But I also don’t edit people to make them look super thin and Barbie-ish and scary and strange. I fix basic issues like lighting, skin problems, weird bunching fabric, distorted perspective, etc.

The reason the ones that aren’t as obvious are so scary is because they do a great job of convincing you that this is what these people really look like. They don’t, not any of them. Even the very perfect ones still feel insecure and edit their photos. And with this, I bring you James Charles.

I only knew who James Charles was from his Covergirl ad where he had little freckles and was adorable and his makeup was amazing. Then 50 Shades of Betch blessed us all with his Youtube drama, so now I feel young and cool and like I know what’s going on, but without having to watch any of those stupid videos, because really, who has time for that? I am very busy bingeing The Office for the 200th time. So yeah, I don’t know, after all the updates, whose side I’m supposed to be on. Is James Charles cancelled again? Is Tati cancelled? Does anyone really know who Tati is? What does cancelled even mean, because it seems like millions of people watch their videos either way? So like they’re still making money, yes? IDK? Also, for people that “did not want to talk about it”, they sure did a LOT of videos about it… that I did not bother to watch. Anyway. Back to the Photoshop fail.

James Charles posted this look from the Met Gala.

my first met gala ? thank you so much @youtube for inviting me and @alexanderwangny for dressing me! ? being invited to such an important event like the ball is such an honor and a step forward in the right direction for influencer representation in the media and I am so excited to be a catalyst. video coming tomorrow!

And he looks fabulous. But also sort of superhuman. He has that same alien-esque quality of the Hadid sisters’ new faces. I assume this is the result of a ton of makeup/contouring and plastic surgery. However, the more I looked at this photo, the more I was confused by his… giant block head. Is he a reject from some Hey Arnold! reboot I was unaware of? That is a very, very blocky head.

But once I saw that…

Then I saw all of this. Like, yes Block Head is super unnatural looking. I’m sure he had the Hollywood Standard issue nose job, AND is probably wearing a lot of makeup, but isn’t that nose so minuscule and strange? It’s basically a dot at this point, like a cartoon! And then… the lady behind him seems to have a weird, lumpy neck, which is fine and definitely happens as we age, but it’s a LITTLE WEIRD that it happens to be completely parallel with James’s neck? And speaking of parallel, his waist is so even and straight and also perfectly parallel to his arm? We rarely hold our bodies in such perfect lines. In fact, if you do that in animation, it’s considered poor posing (my emphasis in my degree was animation, btw). Super, super weird coincidence. And interestingly enough, the carpet seems to bulge out right near his body.

Again, these are really subtle issues. But did beautiful creature James Charles with his little button nose and perfect makeup really feel he was still inadequate and in need of a block head? (I didn’t even realize that’s what the youths found sexy nowadays?)

Now maybe you’re like, “Hey, you’re really reaching here.” Maybe I am. BUT. Lucky for us, this is a professional photo taken by pros at an event. So I was able to find THE ORIGINAL.

Wouldn’t you know it? James Cancelled Charles has a regular shaped head. I have to say I’m relieved. And the carpet is straight. His torso and arm are not parallel. His neck is a bit thicker. And Weird Neck Lady actually has a straight neck. If I were her, I would be pissed about this edit. It’s inconsiderate to age someone’s neck just to make yours look thinner, James!

And if you’re having trouble telling the difference, I made a little GIF for you!

SO. I’m really confused. The original photo was great, so why? He literally went in and made his neck and torso slightly thinner. He also made his hips way bigger, made his eyes and lips bigger, shrunk his nose to replicate Michael Jackson’s, and most importantly, gave himself a GIANT cranium? Was he trying to fix his hair and it went wrong? (Psst. James. Next time hit me up, I will fix it correctly.)

He looks way better and less alien-y in the OG photo. He’s already thin, the editing made no real difference. I can’t believe a giant head is what anyone would aspire to, especially when it’s a strange shape. Does he do this to all his photos?

the only baking I do is with setting powder ? what’s your favorite step of your makeup routine?

Do you prefer light glam or colorful? ✨? created this look using the middle row of big shades in the James Charles x @morphebrushes palette ?

thank god it’s friday ?? ily guys the most ever in the whole world ____ 2 piece from my best friend @laurasboutique ? code JAMES gets you 10% off the entire site ?

Well. Those are some very square heads. And the doorway is bent in the last one and he has a disappearing nose. Also, can we talk about how pretty/amazing his makeup is? James, you’re sooo young and fabulous, you don’t need to edit your body or give yourself a block head. Or remove your nose. Put down the Facetune, you don’t need it. It just perpetuates this horrible culture that no one is thin enough, pretty enough, perfect enough, or square-headed enough.

PSA: Also maybe don’t edit photos that are available to the public.