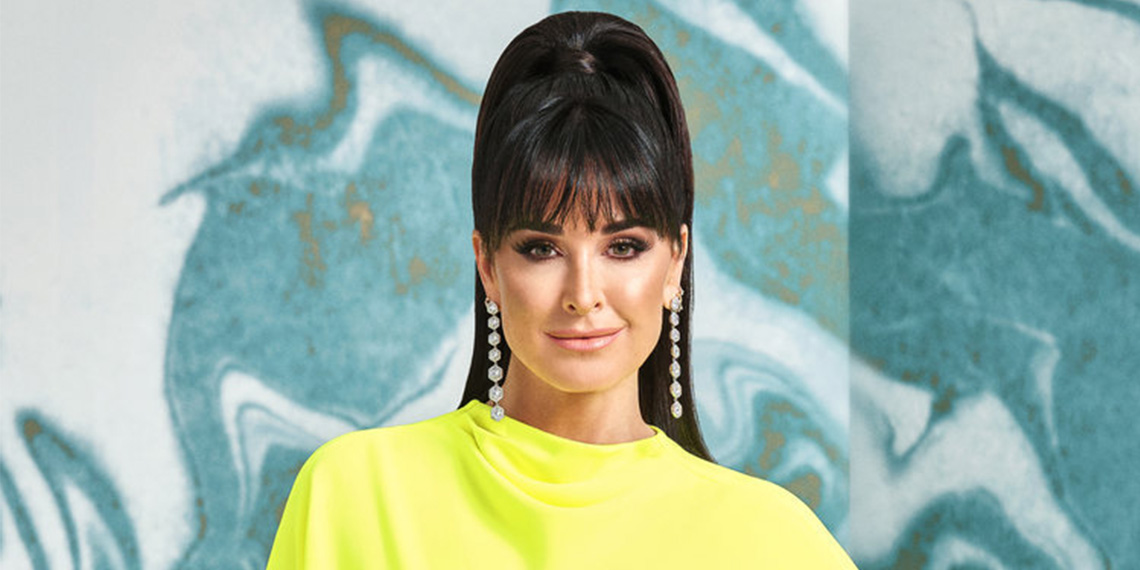 It would be an understatement to say that I am not impressed by Kyle Richards’ behavior as of late. I used to really like her—she was surprisingly down-to-earth, and I loved her relationship with Lisa Vanderpump and how much fun they would have. But I was super disappointed when she threw LVP under the bus, especially after what was going on with Lisa’s family. Like okay, you might be mad at her for something stupid, but if a friend is going through a major tragedy, you step the f*ck up for them. It really feels like the Real Housewives of Beverly Hills cast is so desperate for drama, they all just gang up on one person (usually the one they’re most jealous of) to bully them for ratings. I hope guys are real proud of yourselves for attacking Denise Richards, an actual celebrity, so people will watch your boring lives.

But that’s not why we’re here. We’re here because Kyle Richards is not only spreading lies all over your screens, but all over her Instagram page.

Kyle posted this, which, I have to say, it makes me really annoyed that we’re in the middle of a pandemic and celebrities are traveling all over. Do your part, sit in your huge mansion, and shut the f*ck up about it. If I can quarantine in my 500-square-foot apartment, you can stay home. But even more annoyingly, this picture is full of lies and deceit.

Kyle is pretty fit, you can tell, but when I saw this photo my eyes immediately when to her abs. It looks like she just airbrushed abs onto her body…? Now, there did used to be a thing where celebrities would spray tan abs on themselves, and this looks a lot like that. But something about it is even more unnatural, whether she messed with the contrast and lighting on the image or actually drew it on (from the looks of it, in MS Paint). The part that was the real giveaway that something seems off to me was that her abs seem to be avoiding her bag’s straps! They are completely parallel. That is A SUPER strange coincidence.

While I could give the benefit of the doubt on the abs, what gives it away are the walls. (It’s always the walls.) Now, this pic was taken in a mirror. You can see that she wasn’t holding the phone perfectly straight because the lines of the mirror are crooked. So, because it’s off-kilter, the walls will also be angled. That’s totally fine. HOWEVER, the lines of the walls themselves should always be straight, just at a slight diagonal. Are you following me? The walls themselves will not have any kind of bend to them. If they’re diagonal, they will be a straight diagonal.

BUT THEY ARE NOT, particularly near her stomach (interesting).

You can see the wall on the far left is angled but consistently straight. However, the wall closest to Kyle starts off angled-but-straight, but then is stretched/dipped out near Kyle’s stomach, hip, and thigh. I also circled that weird parallel section of her abs artwork. It looks like her abs and her bag are trying to social distance. Why do celebrities always have weird visual issues only around their stomachs and thighs? Quite the coincidence, wouldn’t you say? Especially because if we look on the other side of Kyle’s stomach, we can see that the rings around the large vase/pot get messed up right there as well. This is a round object. The rings should go around all the way around. Instead, they get completely blurred/smushed under Kyle’s elbow, and the second ring falls down.

Yeah, sorry, I’m not buying it. I don’t get why anyone does this. Also, Kyle is clearly in great shape! Here’s a more realistic stomach post from a few years ago. This one doesn’t look edited to me, doesn’t have airbrushed abs, and looks almost the exact same. You’ll notice that while the walls are angled from another mirror selfie, they are totally straight.

What do you guys think of Kyle’s airbrushed abs? Do you think it’s a pointless edit too? What are your feelings on Kyle in general? Are you as over watching Kyle on RHOBH as I am? LMK!