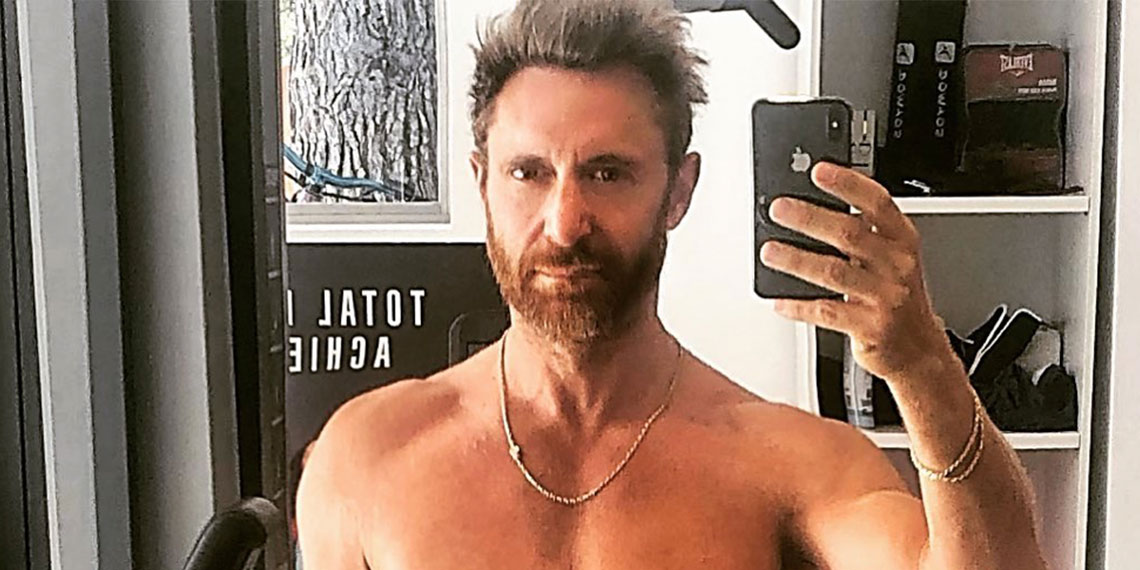 I’ve got to be honest with you guys. I don’t like EDM. I don’t even really remember what EDM stands for. I feel like EDM pretty much only has its place in clubs and music festivals, both of which I hate. I hate crowds, I hate being hot, I hate people bumping into me, and God help you all if I’m forced to deal with all three at the same time. Even if you like festivals, you have to admit they are the dirtiest. I also primarily listen to old rock music, and if it’s from the ’90s, I consider that “newer”. Soooo I’m not particularly attached to David Guetta, nor do I really know who he is, aside from hearing his name here and there. According to his Wikipedia page, he’s an EDM DJ and that is currently all I know about him. In general, I’m opposed to DJs, mostly because every guy I knew in college also thought he was a DJ, and most of them are total sh*tshows. But David Guetta seems to be a pretty big name and have his sh*t together.

So I know that, and I know that he’s in great shape according to his latest Instagram post.

And apparently he’s 52?! Good for him! He’s in better shape than the twentysomething guys I know (you know, the pretend DJs). Except, unfortunately, this photo is full of lies and deceit. Not because David Photoshopped on his abs (which I don’t think he did, although it is very easy to do), but instead of changing up his diet to look more trim, David decided to use a little app we know and despise called Facetune. How do I know this, you ask?

It’s either that, or he owns some very strange furniture that all seems to bend around his body? Maybe he gets it at the same place the Kardashians do? He is actually missing full chunks of arm and stomach on the left side (since it’s a mirror selfie)! Also on on the left, is that a piece of equipment, wall, or part of the mirror? Whatever it is, it was straight until it got near his shoulder, and then it bent. Also, what is going on with those equipment wires near his missing stomach chunk? They’re all broken up? And what’s with that poster behind him? It looks like only the letters near his shoulder are italicized (or just bent) and then it goes back to normal by the “E”.

But the worst is, of course, the right side with those shelves. They start off straight until they get near his body, and then the entire thing curves horribly. And at the SAME angles as his stomach, weirdly enough! He really does have his own Kardashian vortex.

What is the point of being completely ripped at 52 and taking a gym selfie if you’re going to Facetune yourself anyway? C’mon man, it’s more impressive when it’s your actual body! David, if you’re going to take a gym selfie, don’t insult our intelligence by editing your bod. I’m not saying this is EDM’s fault, but I am saying that I haven’t seen any rockstars do this. This just reestablishes what I already learned in college: you should not trust DJs! Or maybe just men?

Are you surprised to see that men use Facetune the same way women do? Did you notice that VERY few comments on David’s picture even noticed the mistake? Why do you think someone who’s clearly in awesome shape would even bother with something like this? Do you know any men who Facetune?